Recently I had a few distressed individuals who were living through high levels of discomfort reach out to me with some very personal dilemmas to which they wanted some clarity on.

While I have always been baffled at the amount of people who have reached out to me on those levels due to the fact that I never claimed to be someone who is knowledgeable in scripture or in any area of expertise in the counseling department, I now realize that it is because many feel comfortable with me after reading my blogs and viewing my videos.

After hanging out with me online through such a medium as the internet, I guess it’s easy for someone to feel as though they know you and in a sense they do, because what you see online is the real me.

That being said, on that level I am quite honored to share my opinion if that helps, what I won’t do is lie to anyone about how I feel even if I give my thoughts on their issues in a loving, supportive and soothing manner.

As of recent I have answered some very serious questions on how I felt about the issue of suicide. Yes, there are many of your friends, family and co-workers who have contemplated this drastic move that will leave them in a far worse place than if they stuck it out to see that the sun never stops shining just because it’s temporarily blocked by a few storm clouds. 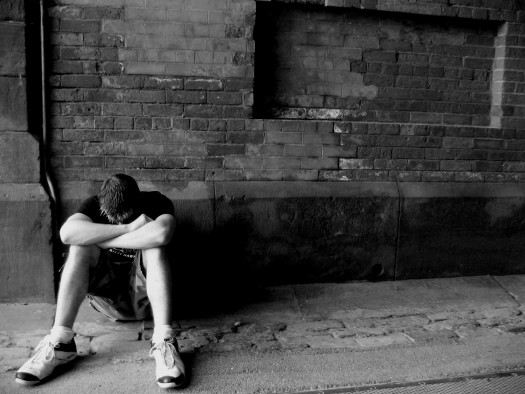 Now allow me to go more into detail about an encounter with someone who was hellbent on ending their life recently. You have those who will be very serious about it and you have others who are merely using the scenario to capture a captive audience so that they will be forced to hear them bitch and moan as they are NOT serious about such a final and absolute move.

Now the first impression that you’ve gotten from my previous statement might seem a bit harsh and if you leave this article without finishing it that will be your opinion of me forevermore but there is so much more to it and I believe that you will agree with me if you hear me out. But allow me to go on record in saying that no matter what you feel about a persons sincerity when they claim to want to end their life that you should ALWAYS take it seriously as different people express themselves in an array of ways.

But when I was asked by this individual how I felt about this thing called suicide and the statement made that they want to ask God to end their life because their life “was a piece of shit”, these were the exact words that I replied with:

“Life is not made to order that way because God puts us all here for a purpose whether we know that purpose at a particular time or not. Its like asking the coach in a game to remove you because the pain of playing is just too much. He knows why He choose you to play the game of life and its not for us to think for Him.”

They continued to speak about their life being a curse but I held on firmly and wouldn’t back off my stance on how I felt about one who took their own life:

“I understand how you feel my friend. But suicide? Its a sin. We didn’t give ourselves life and we cannot take it without paying a price.”

He persisted with his points brazenly against my logic, but I never proclaimed to be the all knowing one in anyone’s life anyway, but I damn sure feel that way personally within mine. But I would never impose my thought on anyone but I felt that this person more wanted to talk than to actually go out and kill himself. That would have been too easy to do without asking anyone what their opinion is, especially after watching a few of my videos on YouTube. YouTube would be the LAST place that I think that someone would be hanging out before taking their own life.

This person persisted in calling their life a curse, but I tried one last time because at this point I understood that that they merely wanted someone to bicker with and here a point that others probably got sick of hearing. You might not get that from the words that I shared but trust me and my instincts, I wouldn’t purposely turn away anyone to whom I really thought needed some encouragement.

“The life God gave you is a blessing, hell is a curse that we won’t want either but its the consequences of suicide, and with that there is no turning back……”

But they wouldn’t even absorb those words and I was dumbfounded how hard they wanted me to sign off and agree that their life was a waste and one big curse! Now understand that this conversation and exchange went on far longer than I care to show here in this article so you probably couldn’t understand the level of fatigue and frustration that I felt at this junction point in the conversation.

But as soon as I though I exhausted their determination to make me see it their way, here came another inquiry…….

“One last question, if we get a medical issue but don’t bother to fix it cause we know it will kill us, is this suicide?”

Now their response let me know that they were seeking a pity party and I had no reason to worry if our world was going to lose another human life. Judge for yourself:

“OH COME ON!!!! There is just NO WAY of relieving myself of this curse without consequences!”

Well I would offer this last bit of advice because I was just so through!…….

“Trust me. To curse God by cursing His gift and interrupting His purpose in the life He gave you is even more of a sin. Don’t worry. If you want out of this life it will pass fast enough and you might wish that you spent your time seeking His face instead of cursing what He gave you as far as a divine mission to complete in your time here. A few decades of discomfort is worth an eternity in bliss!”

Anyone who feels as though their desired “made to order script of a perfect life” wasn’t delivered on cue must understand that nothing here on this planet is guaranteed. We will go through many good times and possibly even more bad. The trick is to hold the hand of God through His scripture and know that no matter how bad things feel in this life it would be the most absolute foolish thing to through it all away by committing suicide and forfeiting your eternal salvation.

If you don’t take anything else from this article understand that God never allows you to be faced with any issue or multiple issues without a way out or a solution to what you perceive as a problem. Don’t bail out at the moment no matter HOW it looks! TAKE YOUR TIME because the answer could possibly be right around the corner. Just hold on because even if it gets closer to a look of doom, know that someone out there can learn from your challenge. And if THAT is all that can come from your pain then that alone is worth it!

God has a purpose for us all and we ARE always being groomed as a work in progress. Hold on until you become your OWN finished product!

Previous : Never Forget That A Smile Can Make The World Of A Difference In A Needy Strangers Life!
Next : The True Happiness That Will Always Remain Elusive To The Superficial Of This World

God has blessed you with unbelievable talent and it seems that you can read minds, it is unbelievable how every time I open up my email and read your articles they are right on point. You may not have the credentials but you certainly have the insight. Continue to strive in all that you do. God Bless.