Taking the drive home after work I had the radio on and was soaking in some old songs…… songs that were still so fresh to me as they brought back the memories of old friends, old places and happenings. I found myself laughing at those old forgotten jokes and wondered where so many of my friends had gone and if they were okay.

It dawned on me that the passage of time is so undetectable and can snatch away entire chunks of ones life without you realizing it, and its not that evident until you find yourself in a completely different reality and do not know how the heck you got there!

Make sure to enjoy and absorb the reality that you are now in even if you are going through things that might not be too pleasant, for there is really never a time where some challenge is not on the horizon to ride your back. Make the best of it while aggressively taking back those sweet nuggets of time to create the everlasting memories that bond you to your loved ones in a way that will transcend time and space.

By the way, that song that took me back was “Running Out Of Fools” by the group named “First Choice” off of the “Armed & Extremely Dangerous album, actually, back in the early seventies at the age of ten years old I had the fortune of having this entire album in my home growing up. I played it every single day for hours as it just made me feel so warm all over and I felt as though I was in a golden period of time and looking back it was. Although the subject matter of the songs were basically adult and spoke on the matters of the heart, it was done in a way that a child (Like myself) could enjoy and basically understand most of what was going on.

This is something that is so very lacking in the music today.

Marvin Gaye – Lets Get It On

Remember Marvin Gaye’s “Let’s Get It On?” Well a hotter and hornier song you couldn’t create but it meant something different to everyone who listened to it. I can remember hearing this record played at the house next door in the old neighborhood. I would run to the kitchen that was in the back of the house to climb up on the sink to get a good look at the adults gyrating strangely, smiling and laughing with each other as though they all had this big secret while a few of the ladies yelled out joyously: “Awwww Sookie-Sookie now!” LOL!

Now years later I definitely know what direction the term “”Sookie-Sookie” took one in, but at the time when the song “Let’s Get It On” came on, to me it meant that I was going to challenge a buddie of mine to a boxing match!

Not knowing that as the years rolled by and the mighty grip of adolescence flooded my ever growing body with an ample supply of testosterone I too, would join the legion of enthusiastic “Sookie-Sookie” proclaimers as I would seek to corner an amply endowed and very attractive member of the opposite sex into a darkened unchaperoned corner for a few stolen moments of fulfilling this strange new urge that was now my constant companion!

Those were the days………

I mean, if you are going through a foreclosure because you fell behind on your mortgage, then realize it might be bringing your family closer together in a beautiful way as you seek a new way to survive. 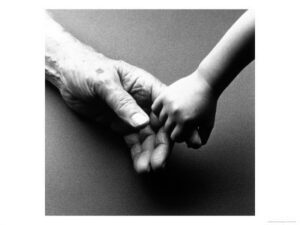 There is a beauty to knowing that we all need each other to survive.

And we lose something precious in our personal lives when we forget this fact and attempt to “wing it” on our own……..

Knowing that we truly need each other can force you to recalibrate what is important and discard the frivolous unimportant things that waste our energies….

Look at the troops who served together in the war, they have a bond that can never be broken! They stared death in the face together and lived to get through it and are even CLOSER because of their mutual buddies that didn’t make it.

Although those times were traumatic, I am quite sure that as the threat of death constantly loomed over their heads, they probably had some gut busting joke sessions that may have temporarily transported them to some faraway place in their hearts that didn’t resemble the dismal terrain of despair that they had to call home for a time!

If it doesn’t kill you it will make you stronger!

Look over your life and really take note. Some of your sweetest moments came during your most intense times of struggle! Life is always in a state of flux and transition, you most likely have NEVER had things always go “PERFECT” for a time with absolutely no challenge to your then peace of mind. So take the good with the bad and ALWAYS thank God for the ability to be blessed with ANOTHER DAY! Because when God grants you another day of life it is HIS gentle way of letting you know that He has his gentle yet POWERFUL arms tightly wrapped not only around you, but that situation that you might be going through that seems to be a never ending dilemma…….. 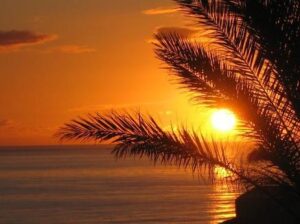 And THAT’S enough motivation to find the energy from within through the storm when you witness yet ANOTHER beautiful sunrise after a long night to say out loud: “Thank you God for blessing me with another day………

Just a few of my rambling thoughts before going to bed, I hope they touched someone out here in cyberspace.