It was just this morning after rolling out of bed that I saw in the headlines that Will & Jada Smith were finally dissolving their marriage after months of rumor and innuendo that there was a major unrest on the home front.

While to the paparazzi, this represents another huge meal to swoop down on to consume the dead carcass and remains of the tender family life of real human beings, I personally could not help but think of how life in Hollywood is like one big deadly vat of acid that will eat up anything that is put in it until there is absolutely nothing left!

Now don’t get me wrong, you don’t have to be a part of the Hollywood jet set upper echelon community to go through marital turmoil, its just that this really seems to be the norm in Tinseltown and still kind of broadsided me unexpectedly even after the months of persistent rumors and resistant denials on their part.

Although I’m not a million years older than him at almost 49 years old, I can say somewhat that I’ve watched the sensation called Will Smith grow up right in front of my very eyes and feel through his ascension to the top a little closer to him than his equally famed wife Jada Pinkett-Smith. 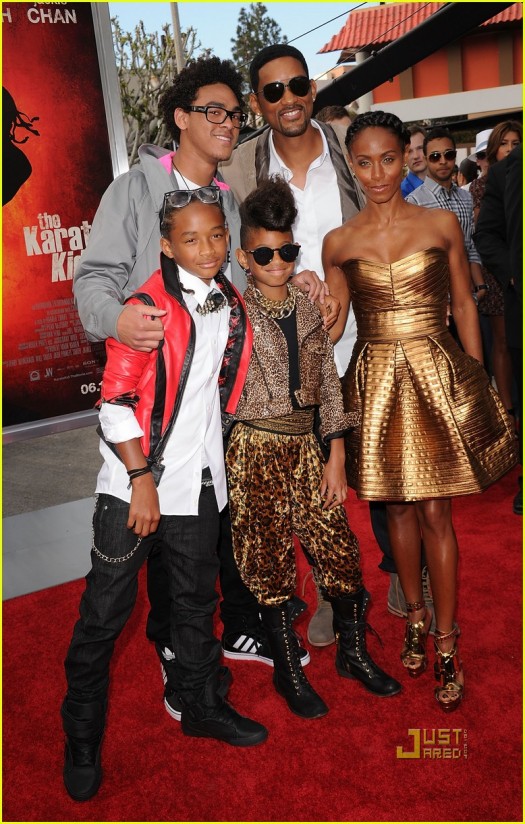 I guess its because I was born and raised in New York City and Will is from Philadelphia Pennsylvania. New York and Philly seem to have a silent truce of respect and in many ways are close cousins who have never had beef with each other.

It’s not that I was ever a fan of Will Smith when he was Hip Hop’s Fresh Prince, in those days at that particular time I felt as many others did in that his brand of Rap Music was a bit too soft and cartoon-ish. But in my growing maturity and in hindsight I have to applaud him for his hard work in parlaying what he had as far as a mainstream (Definitely not a core Hip Hop crowd) following into self powering himself into the media giant that he has become in the present day that has put him at the helm of being one of the biggest cinema money producers and mega event generators in Hollywood today.

It’s definitely not a position that ever came easy.

So when you have that type of influence through the media and your personal life goes belly up it’s kind of hard to keep your internal affairs truly private when your very life has become such a public property and cherished holding of the masses of fans that one possesses. It’s more severe now than ever before since everyone has the capability to be the Paparazzi armed with their smartphones and bold intentions.

Now while I might be wasting my time hoping this,I’m still going to say that I pray that the Hollywood leeches and tabloids who actually swell their bank accounts on the public spectacle of private tragedy stay away from their children.

I might be asking too much because as parents, Will and Jada have definitely by plan groomed their children to actually be in the enviable position to continue the Will and Jada Smith entertainment empire, while the argument might rage that it might be good or it may be bad for the development of the children, the question that I have is now that the news of the Smith marriage reverberates over all possible social media with lightning speed intensity, how are the children going to handle such a public amplification of this very painful time in their life?

And like I mentioned before, many of us working blue collar folks go through divorces and separations more and more statistically with every passing year, but when both of your parents are household names and you happen to have a highly visible positioning with your pre-adolescent creative offerings, how can you handle it when you have not the maturity to deal with all that you will surely hear in the media?

Will and Jada I’m quite sure love their children just as much as any other parent out here, but we all know that the gossip media whores can be ruthless and to be honest with you I do not think that the Smith children are off limits to such a shark infested industry that has no scruples in how they do things whatsoever. 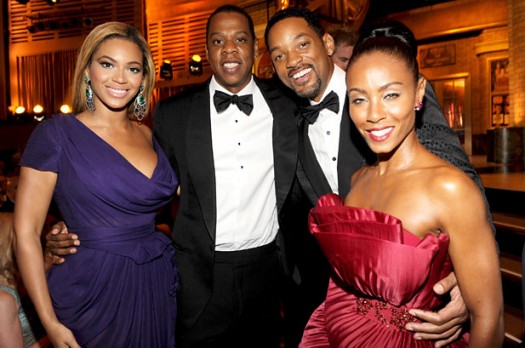 One mistake that I think was made with Will and Jada down through the years was that they may have put a little too much of their private life out there and now it will be rambled through by the media vultures like a starving computer hacker “dumpster diving” through the garbage of a billion dollar company hoping for that one precious overlooked document with valuable information that never got near a paper shredder because of a human error.

I can recall it being out there that they had an open marriage, meaning that they slept with other people. Now, if the truth be told, most of us who are in monogamous relationships are really in open marriages and just haven’t found out about it yet. I hate to burst your bubble but this is why the divorce courts are packed out like the front of a WalMart Super Center the night before the Black Friday shopping frenzy.

But if you already know how the underbelly of Hollywood can really be then why would you dangle your “private meat” in front of the “nosy lion” at the zoo and not expect him to take a bite to share with the world as gossip? Now I cannot prove that they actually slept with anyone else and really it is none of my business, but I am sharing my passing thoughts and knee jerk reactions on a subject that is bound to be in the headlines for quite some time to come.

But let’s say that they DID have threesomes and had other lovers other than themselves, what makes them think that the these faceless (For now, until the National Enquirer dangles that fat check in front of their freaky face!) people had their best intentions all along in the first place? And whether they indulged in the nether pleasures of the carnal world, don’t they realize that they are targets no matter how you slice them?

Put it this way, not everyone who has had a stake in Hollywood as far as an acting career has taken a fall in the marital life, thank GOD for Denzel Washington!!!! I mean, there must be quite a few other actors and entertainers out here who can hold it together amidst the seductive turmoil of this world but Denzel is one who sticks out in my mind over and above! You just don’t hear of any drama going on in HIS world and he has been the epitome of a sex symbol to women of ALL ages and races over the last few decades bar none!

This is not to insinuate that Will is some kind of womanizer but Will and Jada are getting divorced for a reason and it ain’t because “they” or either “one” of the parties involved are overwhelmingly happy with the way things have been going down behind closed doors. Break it down- it can’t be that they are destitute and in need of money, they have lots of money and enough I might say to last a few lifetimes.

It couldn’t be that they have let themselves slip as far as their personal upkeep is concerned, they are two very good looking individuals. So it has to be something along the lines of a major infidelity. Maybe I am going in too deep but at the end of the day I am concerned for the emotional well being of their children especially if the dirty laundry gets aired in this day of Twitter, Facebook and YouTube…….because of those mediums some things just might not ever go away!

The lesson learned here by me whether their marriage is dissolving or not is that the higher the structure, or the public prominence of ones union, the deeper the foundation or root must be to anchor such a tall emotional structure.

What do I mean by this?

Well, when you are not as accomplished to the world and have what would be considered a mediocre existence, you just don’t have the leeches and spiritual vampires coming out of the woodwork as when you have the promise of fame and fortune on your personal horizon.

Money, power and fame are some of the most intoxicating and addictive things that have ruined many a life in the pursuit of having them. Once you seem to be getting near a place that others have craved to get to for so long, you will find all types of entities in your personal space all feigning to be around you with your best interest in mind.

It’s a hard place to be because as the social creatures that we were created to be, we all need to have people around us, the  is when the devious leeches with hidden agendas slip past the radar of our better judgement and lay dormant in order to reek havoc at just the right time from the inside of a seemingly happy existence.

Constant prayer and staying close to divine principles in ones marriage and home life is actually the best way to protect that one precious commodity that once ruined, is so hard to get back…….your MARRIAGE!

So don’t throw caution to the wind and assume that all is fair and dandy, make sure that you run away anyone who does not understand that you have pledged to live your life in a manner that will not leave you open for such foolishness because in the end after all of the personal business and dirty laundry has been aired out for the entire world to see, it will be you and your former spouse as well as the kids involved who will be feeling the effects of spiritual warfare in the form of a broken heart.

Open marriages? Don’t do it and don’t let it be you! Life is too short to invite all of these foul spirits up into something that should be untarnished because of it being based on the divine laws and protection of God Himself!

How does the scripture go? That the marriage bed is undefiled? Well, it’s ALWAYS undefiled until we bring someone else into it and turn it into something very filthy.

Let’s pray for the Smiths and their children and let this all be a lesson as we watch the tabloids explode.

Make the choice for this to never be you and always know that you can work it out!