We  as adults have no one else to blame when we see our youth acting out in the streets the way that they do.

The wild behavior, the cursing, the sagging pants, our young girls walking the streets dressed in a sexually provocative way, the loud ignorant sounding actions, fights, disrespect for older people and simply doing just about anything that is against decency.

The list could go on forever as I’m quite sure that you’ve experienced some type of up close and personal run in with some of our wayward youth.

But as much as we would like to play the blame game and put the weight of blame on their backs, we have to realize that we dropped the ball and failed them for them to turn out the way that they have.

If we had been there for them to teach and guide them, do you think that they would so easily latch on to the images and entities that are shoveled down their throats in massive dosages on the internet and television by the media?

As much as we blame the media for their negative influence on our youth, it is not and never has been their responsibility to raise our children at all.

We have to realize that we as the parents and extended community had possession of the minds of our youths first and forfeited the great opportunity to raise the mightiest generation of us to walk the face of the earth!

But we’ve allowed the negative forces of the world to walk on in so freely to take from us the most precious gift that any community and culture could ever have…….our YOUTH!

So why is it that we’ve fumbled the ball while the world looks on bedazzled that a people could be so stupid as to honor their possessions more than they value their children? 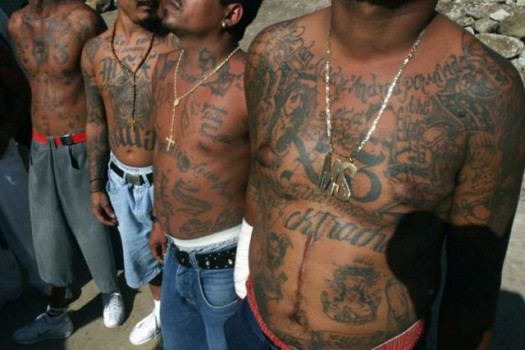 Growing up in New York City, I was exposed to many different cultures intimately and got to know how people think whose life journey began and originated in many far distant lands on the planet.

I’ve always noticed how many of these immigrants didn’t even care about designer clothes, luxury cars or some inflated perception of their status because of the higher tax bracket one might have lived in over the other.

They didn’t care about those frivolous things yet they had a joy about them while many Americans (Especially my Black people) made fun of the fact that these so called foreigners dressed themselves up in clothes that weren’t hip or drove vehicles that didn’t have the latest amenities on them because they were somewhat dated.

What the hecklers didn’t really understand is that these things weren’t important to these newly arrived settlers as the well being and connectedness to each other was.

These strange new people who now called the United States their home understood that all they had was each other and their children picked up on that at a very young age.

The youth understood that their parents and elders did everything that they possibly could to prepare them for independence financially as well as scholastically. The emphasis was to maintain their culture and to uphold the precious connectedness with each other in this strange new land.

This is the difference, we as Black Americans as well as Americans overall have shown our youth that they are not high on our list of priorities at all.

We have basically told our youth through our actions that “we don’t care about you as much as we care about working those double shifts so that we can purchase that new luxury car so we can keep up with the Joneses!”

Children are very perceptive and will begin to understand early on that if they are not valued by the people who brought them into this world, then they are probably not worth much anyway so why care about life? 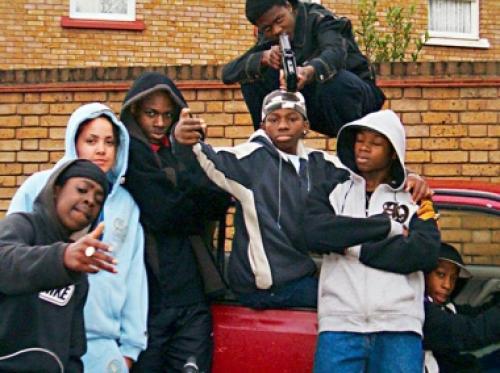 Not every young person feels this way but far too many do. If they didn’t then they simply wouldn’t act out the way that they do in front of their camera phones as they seem to do.

And when our youth act out like this, to me it might be a way of striking back at those who have failed them.

They are hurt, feeling abandoned and are really angry at the fact that they don’t have the guidance that they do to help them navigate in this ever changing world that’s difficult and challenging even when you have the full support of your family and community.

We as adults fail to understand that because our youth may appear to be more physically developed than we were at the same age, it doesn’t mean that they are complete in their inner development to take on the responsibilities of adulthood.

So what do we do?

There is so much documented damage that our young have on their rap sheets and resumes that it can seem to be a daunting task to even begin to help them clean up their lives, mentalities and approach that many really don’t know where to begin.

But the answer is simple…….let’s clean up our acts as adults and what we are morally responsible in our positioning to do for them because it is never too late.

Honestly, for many of our youth it is too late, especially if they’re six feet under or in a situation where they are locked down for life.

But for those who are still alive and free, we can reach them even if it appears that they’ve become so encrusted with their demonic demeanor’s that they seem to be too far gone. Even then, they have a great chance to be restored to what God intended for them to be when He created them.

All it will take for them to change is that they must really see that we love them and embrace them wholeheartedly and unconditionally no matter where they stand in life at the present time.

Let us extend ourselves to the youth who may not be directly tied into our DNA because this is the only way that we can thrive as we did when we were in the Motherland.

It doesn’t matter if this American system and way of doing things tell you that you are NOT blood, you have to understand that we ARE blood, because like those aforementioned immigrants who may have come to America by choice, we need to embrace our true culture even MORE so because so much of it has been lost.

Our culture is the “glue” that will keep us together and the love extended will bring life to a soul that came into a world that they swore was uncaring.

Our love and guidance will work on the souls of our youth pretty much the same as that pressure washer that blasts the crud off of a house that wasn’t maintained by the previous owner.

So at the end of the day, never look at our youth as though they are responsible for the direction that their lives have taken because it is a direct reflection of our failure to provide the necessary intangibles for them instead of crying out in shock asking why did they turn out this way when you clothed them in the best and kept a roof over their head in a better neighborhood.

While it’s our jobs as parents to provide for our children, we seemed to forget that so much more is required more so than anything that could be purchased at the shopping mall.

They need our presence.

They need our guidance.

They need our wisdom.

…….and most of all, our unconditional love!

Let’s take back our community NOT by merely demanding more police protection to keep us safe from our OWN kids, but by becoming that true nourishment that their souls need so that they will see the value of life and not seek ever again to destroy their own because they don’t feel the precious weight of their own value.

They do matter and they do count and it’s our mission to make sure that our youth understand this!

Previous : True Success Is Forever Elusive In This Worldly System Of Personal Surrender!
Next : Nancy Grace Can Be Quite An Ass Sometimes! – The LanceScurv Show