How is it that we can bow our heads so effortlessly to this gadget called Smartphone and the Social Media that distracts us from life while finding it so difficult for just a moment to bow our heads to The One who has GIVEN us life?

If we clutched the Holy Scriptures as tight as we do our phones, our entrance into the Kingdom in the Afterlife would literally be guaranteed!

But we truly pay too much attention to these modern day gadgets and not enough time to each other anymore.

We have people out in the world who are suffering from chronic depression and extreme loneliness, and the sad part of it is that we have more means to communicate with each other in an instant more so than any other period in recorded history!

We hold on to our phones for dear life yet many of us cannot remember when was the last time that we held the hand of a loved one.

This reminds me of the recent situation that happened in Pontiac Michigan where a woman’s body was found mummified in the back seat of her sport utility vehicle that was parked inside of her garage.

The only reason that she was discovered was because her home was in the process of foreclosure after the $54,000 dollars that she had in her checking account had exhausted.

Her electricity and other bills were also being paid automatically in this manner and her vehicle tag had expired from 2008, so this puts an approximate time to her death pretty much matching what the medical examiner had to say in this pending investigation.

Yet the sad part about this entire unfortunate incident is that see wasn’t missed by anyone! Her neighbors said that she carried herself as a loner and not many people knew her rhythms when she was alive.

Most of her neighbors thought that she had left the country for good and never suspected that anything was out of the norm.

She had no family?

She had no job and coworkers?

…….and don’t even tell me that she was a member of a church and the congregation and pastor didn’t come and look for her!

But for us to realize in 2014 that a woman has been dead right there in her garage with decomposed organs from approximately 2008 is a travesty and I blame society overall for the mass detachment of human beings from one another that I have been ranting about for YEARS!

This speaks volumes on the type of world that we live in today, and yes, I do feel that with all of the same issues that we had back in the 70’s and 80’s with crime, unemployment, homelessness and crooked elected officials, we as a community dealt with all of it better because we had a sense of being connected.

There is nothing new under the sun and I’m not going to sit up here and say that things were especially rosy over the problems of today, but it’s how we made each other feel as human beings that made those long lost days feel so much better!

Growing up we knew all of our neighbors on a first name basis!

No. We weren’t all up in their business nor was it an issue if any of our neighbors had more or less than us because it wasn’t about what kind of television set that we had it was about the unity that we shared.

Sure, we would oftentimes hear the arguments between some neighboring spouses as you walked your dog down the street after dinner or sat on the front steps of a friends house, but pretty much most people tried to handle their business in-house and we were always there if needed and we didn’t need a damn Smartphone to give us that great feeling of being human beings! 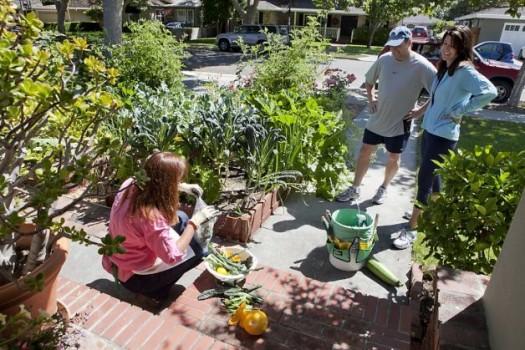 I don’t see neighbors standing outside in front of their properties anymore on a Sunday afternoon talking about the products and tricks that they use to keep their lawns looking so green and beautiful.

I don’t see any kids running freely from one backyard to another like we used to when a neighbor was having a cookout and demanded that you get a plate to eat as well as bringing some back home to your parents.

Now THAT was the SOCIAL that has been hijacked by this thing called Social Media!

Social Media cannot do a damn thing for your life if you don’t have any real human contact from which to draw any strength from while we pursue a better life in our day to day walk.

If social media truly enhanced our lives in a special way would this travesty have happened like the one in Michigan?

The sad fact is many of us from the good old days know something is missing in our present world but can’t seem to place a finger on it. We simply believe that this is the way that things are without any influence to make any change whatsoever.

We have been rendered impotent as individuals for the most part as well as our religious institutions. It’s a shame that with the multitude of churches, synagogues and mosques that the very fiber of our communities have been allowed to unravel right in front of our eyes.

Collectively we are like clueless zombies moving about the world in a repetitious disconnected fashion very much unaware of the depth of darkness that’s flooding the atmosphere.

It’s true, the world is going to hell all around us and all we can damn do as grown ass people is worry about playing Farmville on Facebook.

It’s going to hell and we who don’t make an effort to restore our lost sense of humanity back to what it was simply deserve every bit of heat that burns them in the ass because it’s uncalled for!

Throw that phone down for a day – if you can – and reach out to someone and really take the time to connect because our very lives depend on it!

Your Very Social Brother Who Doesn’t Need Social Media To Be Social,