Again I’m simply sharing my impressions and dropping a few random personal thoughts of mine on the recent press conference on Dennis Rodman‘s trip to North Korea as basketball’s self appointed Good Will Ambassador attempting to open up the long term opportunities that will manifest through his efforts at cultural exchange.

I’m not saying that this could not well be the true intentions of this highly controversial public figure, but all I say is never take anything on face value because I’ve learned the hard way that nothing in this life is not always the way that it appears to be on the outside.

Am I once again claiming this to be some sort of conspiracy?

But what I will urge everyone to do is to always think outside the box when something so trivial is stirred up in the media which I strongly believe works closely with the government whether it is on a national, state or local level. What better mechanism to use to plant the seeds of thought desired into the minds of the masses?

It must be important to someone that the people begin to talk about Dennis Rodman once again where there’s usually no interest aside from the occasional ratings boosting sideshow image of a mixed up man in a state of personal peril. 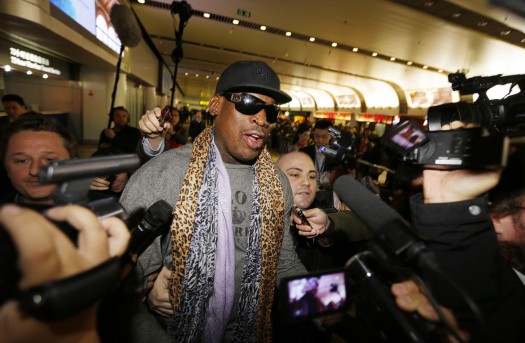 Am I questioning the sincerity of those former professional basketball players that stood by his side as this confrontational press conference took place? No. Possibly if something is going down on a covert level they probably don’t have a clue.

While the surface intentions seem to be honorable on paper, I can understand why the American public questions the motivation behind craving to open the doors on a valuable and much needed act of cultural exchange with someone who is viewed as a crazed dictator who will kill on a whim even if it’s for some perceived slight that’s not even proven. 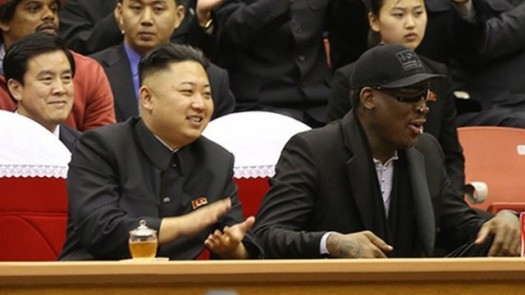 Oh but how we forget that if we measure the actions of those world leaders to whom we pledge our allegiance to, they too might be considered crazed dictators who kill on a moments notice for some perceived slight that has no sound backing to even move ahead with killing people who were never proved to be guilty of what their propaganda so boldly stated.

Who does this bring to mine when you really think of it?

So when you are in these positions of power you will HAVE to deal under the table and make orders that will never hit the front page of the newspapers and online sites as breaking news. No, you’ll never see those things because we have to keep the image of our leaders as clean, pristine and capable of doing absolutely no harm! They are ALL crooks! 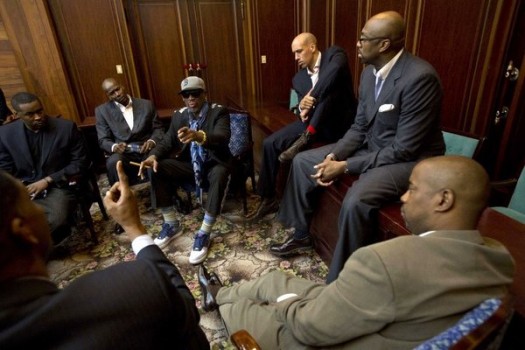 So never think that things always as they are projected, they know how dependent most individuals are to get the news from these compromised news sources that manipulate them just as easily. My suggestion to the masses would be to learn to think for yourself and reach out to those the world over to get your news direct from people who live in those areas of interest!

But what really stops Dennis Rodman from being on the United States Government payroll to befriend North Korean leader Kim Jong-un, wouldn’t he be the perfect character to get close enough to this mysterious leader to learn him in a way that can never be achieved through covert spy missions from a distance?

Roll with me on this because this is merely a random thought of mine while I watched the press conference. Many are afraid to share their thoughts and I’m not one of them. I’m not swearing that this is something written in stone, but it wouldn’t surprise me after really learning how this government works under the cover of the shadows.

But would Kim Jong-un really embrace a celebrity who is popular in the United States of America and loved by all here in this country? Of course not! He may be in the opinion of mainstream Americans to be an out of control egotistical murderous ruler but I don’t think he’s dumb at all.

I’m quite sure that he had Dennis Rodman’s movements researched as thoroughly as he could from his vantage point, and once saw how Dennis Rodman’s image is not respected by most in America I believe the rebel in Mr. Rodman appealed to him greatly.

What better way to thumb his nose at the American culture – one that he probably adores so much – than to embrace one who was once a star in the eyes of a nation only to fall hard in those same eyes to be viewed as a degenerate nutcase?

So it’s not too hard to imagine the U.S. Government approaching Dennis Rodman making an offer that he couldn’t refuse. An offer that would not only bring him an undisclosed amount of security in the cash department, but to allow him to once again bask in the spotlight that he had gotten so accustomed to but has become increasingly elusive as the years went by.

It would be theoretically beneficial to all parties involved now wouldn’t it. Maybe I’m a little crazy myself for going so far in one of my assessments but at the end of the day stranger things have been revealed to the world showing them that they had been duped and deceived earlier. So think about it.

That scenario reminds me of two opposing wrestlers who performed their very entertaining choreographed brand of hate for each other in front of a sold out crowd who hadn’t a clue that they where maybe watching a scripted scenario that would get everyone paid after the event was over.

Later on the two bruised and scarred warriors washed off the fake blood in adjacent showers while laughing it up after earning a crap load of money and planning on which bar they were going to spend the night on a drinking binge.

But on another note and thought trend I ask why is it that these men are burdened with the politicization of their trip to Korea when the stated intention of the trip has nothing to do with politics or the freeing of captured American Kenneth Bae.

While I am totally sympathetic to anyone detained against their will as long as they are innocent of any wrongdoing, why is it that these men have to go over there and plead someone’s case when you have a President over here and an entire government who are more than capable and actually elected to handle situations of this sort?

Another point is that mainstream America always feels that a Black person cannot have there own individual opinion of a situation aside from that same mainstream. Why do they think that their enemies have to be our enemies?

Now I say this not knowing the entire Kenneth Bae situation and am not stating that I would not support his release after thoroughly researching it for myself, but why can’t we as Black people be expected to relate to the affairs of the world and it’s leaders in an independent fashion not merely parroting the sentiments of the herd?

The answer to that question I believe is that we as Black people are viewed by many as property and must emulate their political stance or face being demonized.

But isn’t it funny how Black people are supposed to represent the mainstream ideals when travelling abroad but are viewed as being out of line when standing up for ourselves? Some of the loudest people calling out Dennis Rodman in protest for his trip to North Korea would not even move their mouth to stand up for the Black Holocaust that still continues today here in America through an unfair system stacked against anyone who looks like Dennis.

It’s almost as though we are not supposed to have a will of our own. Which one will it be America?

It’s a very big world out there and we as American citizens whether we be White, Black, Latino, Asian or Native American need to expand our minds beyond the miniscule boundaries and scope of the United States as well as the mentality of the masses here.

…….and for most of us who are dumbed down here in this declining country, that’s a huge step in the right direction!