The observance of human nature has always been one of the most fascinating topics to me even before I truly understood what it really was.

To see past the veil of deception that most people put on in order to navigate the world and protect their true character from being discovered was the ultimate one sided chess match that anyone I feel can indulge in.

To me, people are puzzles, and that being said these same individuals who could possibly be a puzzle to the world around them are most often a puzzle to themselves as it can sometimes take almost an entire lifetime for them to figure themselves out.

Could you imagine the burden that these people put on themselves by not facing what they seek to hide from their own selves? 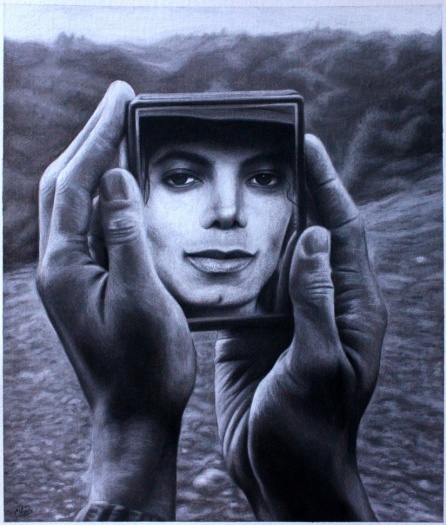 In my book this is why so many will seek the company of those who will never challenge them to go deeper within themselves and challenge the dysfunctions that they try so hard never to acknowledge.

This is why a freshly relocated alcoholic will always find others like them to spend their time with those who have the same lifestyle.

This is why cheaters, womanizers and philanderers will always be able to spot one another even in passing to be able to compare notes on their next adulterous conquest to what would appear to you and I as a total stranger simply because they can discern the glaring similarities that they possess in their spirit.

Their common nature will make them appear to you and I as though they have been friends for years if we didn’t know any better.

And just like that enthusiastic niche market hobbyist who attends a convention with others that focuses in on the same indulgence, the enthusiasm and focus for their craft can be fascinating to an outsider.

But the act of using a woman for her physical charms after deceiving her with the promise of a life long love commitment isn’t too cool at all.

Been there. Done that. Never going back.

Human nature in its purest form is somewhat easy to decipher once you understand how to read the reactions which reveal the initial mindset that the bearer tries so hard to hide.

It’s exactly like the science class that I had back in high school, where we would be testing for a chemical and knew for sure of its existence in a particular solution merely because of its obvious and telling reaction.

So as a child I would see what people held secretly inside because of THEIR outward reactions…….

I would see the men who were so boastful about the things that they possessed materially, but didn’t have an ounce of confidence or true character and felt as though they had to brag about the other physical assets in their possession to make up for what they knew that they were deficient in with their character.

I saw the women who would show off their curves in short tight dresses that showcased an overabundance of cleavage.

She did this to get the love and attention of a man through the sex that her whorish garb insinuated would be the reward for the little time spent with her to free her from her personal prison of emotional isolation.

I’ve observed many times the pained smile of a Mother who knew her grown adult son was a drug addict but held on to an ever diminishing dream that her “little boy” would one day ascend into the success that would make her the proud Mom that she always wanted to be even though year after year her fantasy has less of a chance of ever happening.

While those were a few random examples that many of you I’m quite sure can identify with, I shared them to make the point that our basic human nature, if left unchecked, can be our worst enemy because it will have us walking the earth in a very delusional state indeed.

It’s that unseen defense mechanism that kicks in to keep us from possibly losing our sanity.

Our human nature will never allow us to see ourselves as the loser, as it will formulate all kinds of ridiculous reasons for one to forge on with some foolish endeavor that the world around us can clearly see is a futile undertaking at best.

Why else would an extremely wealthy 85 year old man in poor health marry a 22 year old who is an obvious “airhead of an opportunistic plaything” who came up from a pedigree of poverty and hit the jackpot simply because he has a need to live out his youthful years once again even though deep down he knows the truth of why she is really with him?

Why else would that extremely obese woman who never took care of herself allow herself to believe that the well built handsome slick talking man that she just met on the bus stop last week truly loves her when in fact he just got out of prison and doesn’t have a place to stay?

You see, human nature can have us deceiving our own selves simply because we want to experience a particular level of existence that has been forever elusive to us so we settle for a mere facade that can appear to be what we want for a fleeting moment.

I remember a quote many years ago that hit what I’m trying to illustrate here on the head by former Heavyweight Boxing Champ Mike Tyson.

He spoke of a time in his life when money, fame and beautiful women were his to indulge in what appeared to be endless quantities.

Even in his most intoxicated and drunken states, he was smart enough to know that those who claimed to be in his corner to the end were only there because of the money he could give, drugs that he could supply because of his deep pocket, or women that were there for all to pleasure themselves with because of their association with the champ.

But what he said truly struck me as genius but was tragic at the same time…….

He said something like this to the gold digging women around him:

“Lie to me in telling me that you love me and make me believe it!”

He knew that those easy women weren’t into him because they really loved him. He knew that they were there simply to get what they could extract from what appeared to be his endless riches.

But he was shrewd in a twisted way to know that their intentions weren’t pristine and he requested what it was that he really wanted but knew that their false claims of attraction was only part of the scam to get what they wanted.

So I guess if Mike Tyson felt “if you are going to scam me, at least let me feel as though there is something there that’s real for a few moments before you rip me off!” LOL!

To me, it was brilliant, courageous and insightful on his part to “see” what was around him and accept it for what it was before requesting that they make the illusion of love appear authentic.

How many of us see a situation for what it is and STILL lie to ourselves in believing our own delusions?

To me, if we can be brutally honest with ourselves as we walk this mysterious path called life, we would make things a whole lot easier than they have been because we wouldn’t be left with the daunting task of peeling back the layers that have accrued over the years as a direct result of our personal denials.

Face whatever it has been that you have refused to acknowledge!

It’s not going away and to deny its existence will only place your very life captive to avoiding its presence in your world.

So if you have a personal addiction that the world knows nothing about, seek help.

If you have a family member who abused you sexually many years ago but you stay silent “just to keep the peace”, tell someone about it, get some help and hold that person to task for their wicked deeds instead of you holding it in to destroy the joy in your life while they walk the earth happy and guilt free!

Whatever it may be, don’t let the lower levels of human nature dominate your existence, grab the bull by the horns, take charge and release all that has been holding you back so that you can live the happy full life that your Creator had intended for you to live when He made you!

The only way to breaking free of our own lower nature is to acknowledge that you cannot do it on your own and that you need to submit to a higher law and power outside of yourself in order to restore what we’ve allowed to be so foolishly taken away from us.

The most high will never let you down as your basic nature must be plugged into him to work properly because it will always falter when one attempts to operate outside of His will and power.