In this life you would be a fool to prejudge anyone on face value without being connected to The Holy Spirit and expect to get it right every time.

This is why most of you “get caught out there” feeling stupid after getting ripped off because some shyster came at you in a nice suit of clothes driving a nice car to play the confidence game on you all because you were bedazzled at the external and didn’t wait to see what the internal was all about!

This is the same crap that makes those who never had a so called criminal record feel as though they’re superior to one who found themselves in a bad situation sometimes from being at the wrong place at the wrong time or just a plan old bad choice.

But how many of us never got caught up in a tight spot to find ourselves on lock down to give us some stupid ass excuse to look down on someone who may have?

The funny part about those types of people is that they did even MORE dirt than a so called felon but merely never got caught.

Not only that, but in my experience some of the “ass on their shoulders having” law enforcement officers that I’ve known have done some things that those who were behind bars would NEVER do as they were even more morally upright than many in uniform.

We have to see people on an individual basis and stop putting a label on them forever. We also have to understand that all of us are a work in progress and the person that you think is rotten to the core today is merely a masterpiece in the works that will shine brightly over all tomorrow.

So be careful how you view the so called downtrodden amongst us who are only striving to survive, because if you found yourselves in their shoes you might not be as strong to stand as upright as they do under the conditions that they have to endure.

Me personally, I call it as I see it and that trait alone makes most either love me for who I am or despise me for what I show them up to be through my expressions here!

I’m at a point in my life right now where I simply do not care what a person owns or what worldly status and accolades they may have, just be real with me and I will be real with you. If you smoke crack and ask me for ten bucks for a dime spot and you’re straight up with me, I might just throw you a twenty all because you didn’t come at me with some game that I would have seen through anyway.

Of course you are going to get the “speech” on how I don’t want to be the one to help you hasten your own demise, but on the other hand, look at the amount of frauds who are in the church who possess the deadly spirit of murder in their hearts for me or anyone to whom they do not like all the while foaming at the mouth praising God and quoting scripture.

So understand that at this ripe old age just three short months before my fifty-first birthday, I am not looking at your external disguises that have the masses fooled as I am working strictly from my spirit to see who and what you really are.

No more “benefits of the doubts” and no more hard to believe “sob stories” that stretch the limits of ones imaginations, it’s all about the real and nothing less barring none!

When you find yourself with this attitude toward those new unproven entities who are trying to take up space in your life, you’ll find yourself with a more credible set of new acquaintances around you and the air will be more conducive to progress even more so.

Hold yourself to a higher standard of who you allow around you as well as demanding more from any new energy that find themselves in your personal space. If they cannot show and prove what they’re all about then it’s time to put some distance between you and them.

Stop being fooled when someone comes to you like a Trojan horse hiding behind a title that many feel is honorable indisputable and should reflect who they are as a person.You have to understand that everyday out here in this world is Halloween because of the amount of costumes being worn in your midst that never allow you to see what’s underneath until the circumstances are ripe to reveal what was unseen for so long.

Find out who they are for yourself. I don’t care how long they’ve been a Pastor or what they feel their reputation reflects. There have been many a child molester who have committed the crimes of violation who had the most pristine reputations over and above all.

At the same time, there are men and women who I know personally who have been arrested and locked down several times over that I wouldn’t think twice about allowing them into my inner circle and sanctuary because again, the external statistics and imagery has no bearing on what lurks deep and unseen within a man or woman’s heart. Take heed and never be deceived as it is written that you must test the spirit.

Also, I can’t close on this blog with our adding another point, we should stop trying to play the image game to try to convince others who we are on the inside.

Sure, you should make every attempt to groom ourselves and keep our appearance clean, that goes without saying, but when we feel that we have to put on a show or play a role and really exhaust ourselves for people then it’s a waste of time because they should be looking deeper utilizing the Holy Spirit.

If they aren’t, then your efforts to prove your character to them is merely a waste of time. Why? Because just as fast as you thought you won them over, you can lose their good graces when someone else is more convincing in trying to tear you down in their eyes.

These are the superficial entities that you should also avoid because they really don’t care to know what and who you really are. They only go with what is on the surface and as we’ve discussed, it means nothing at all.

So personally, when I’m around and about and someone wants to think that I’m an ignorant thug from the ‘hood – and not because of any thuggish action of my own – then let them.

Let THEM miss out on “the goodness of me” and all that I have to offer simply because of their own limited scope of experiences of the people who possess the same external packaging, character is not a one size fits every person in a particular race trait.

Waste no time on these cavemen whose narrow range of awareness has crushed many a civilization from it.

Ignorance is their problem. Do not set yourself to die by the sword of inbred ignorance that they’ve lived by from your eagerness to fit into their barbaric mentality and unGodly system of evil transgressions.

Take that same energy that you would have wasted on attempting to prove that you (in the lingo of a defeated beat down subservient mentally chained slave) are a “good man or woman of color” and not “like the rest of them” to serve your Creator who truly knows who you are and what beauty exists in your heart.

…….And if you find yourself speaking in that manner or bowing down to someone who even thinks like that, then something is definitely wrong with you and you are not about the upliftment of your people if you can allow someone to speak to you that way. Check yourself. 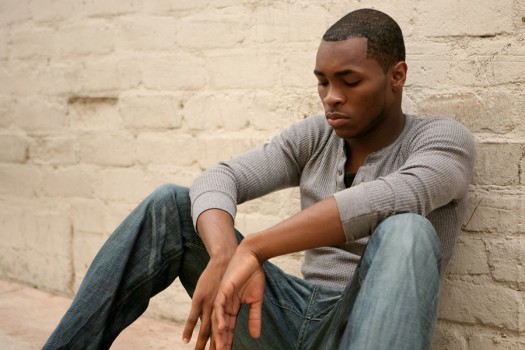 Once I totally adopted this way of thinking and being – and it must be stated that I have always been a rebel possessing the non subservient spirit of Nat Turner – I felt a complete sense of weightlessness that came from being unshackled to the toxic idiosyncrasies that we as a people can be infected with unknowingly.

Meditation and regular gut checks are a good thing, you can never get enough of them in a world infested with all kinds of wayward mentalities. Always know who is around you and more than that, always know who YOU are from within and what your personal boundaries and limitations of what you will tolerate are so that NO ONE can deceptively move in and usurp your God given resources for themselves.

You life will be all the more enjoyable because of it!

Your “Take It Or Leave It” Brother,