Fear is a hell of an emotion.

The demonic vise-like grip of its tentacles can relentlessly drain your spirit of all impetus to stand up for righteousness and has even reduced our most fiery leaders to being so fearful that all they can muster as far as an attack on the enemy is the occasional soundbite that their oppressor allows them to blurt out on their media outlets. 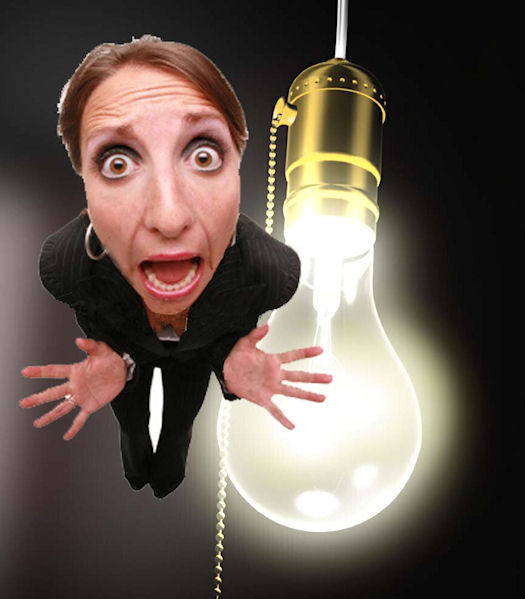 You call yourself a leader or a pastor but is that all you are good for amidst the takeover of our communities an the exploitation that is brazenly flaunted in our faces every single day of our lives?

Fear and the brave heart of a warrior bent on slaying these devils canNOT dwell in the same vessel. Either you are all about being controlled by one or the other. If you are afraid to speak out on EVERY single wrongdoing brought to your attention then I will look in straight DEAD in you eyes and tell you that you are a punk to the highest degree!

Sure I would! Because for anyone to occupy a positioning of leadership and yet succumb to the treacherous venom of fear is not only wasting the time of a movement, but stalling the needs of the people who depend on you to spearhead righteousness!

The lack of fear in an individual should bless them with a supernatural sense of urgency to act to correct the injustices without hesitation no matter what it may be. The lack of fear inside of you will force you away from any comfort zones that may attempt to lull you into a false sense of complacency and empower you always to get the job done that you were put here to do on this earth.

To be afraid to complete the mission that you were put here to do is a sin to the highest degree and you will be held accountable for your lack of action! What you are telling your Creator by your refusal to stand up for what is right is that you fear the earthly satanic consequences over His wrath and that you are telling Him that you fear the less powerful negative forces more so than you do His righteous all powerful omnipotent Heavenly Power!

While the chastisement on this earthly plane may be uncomfortable, understand that it is only brief in comparison to not making it to Heaven because of your fear to act according to divine plan.

No one is saying that it is easy. But never for one moment doubt that you can handle it. If you are put in the position to bring down an empire that is in transgression to your Creator’s will then you better damn sure know that are totally equipped to execute the task successfully and completely in an undisputed manner!

Have you ever been out and about when you were a kid with friends and didn’t have any money in your pocket to do the things that the group wanted to do? Maybe it was to go to the “all you can eat” buffet or the pizza joint but you felt so bad that you couldn’t eat with your friends and they didn’t have the extra money to chip in for you at the time. So instead of going home feeling bad you went along and observed every delicious bite of the food that they sat in front of you to eat. You didn’t realize that the whole torturous scenario was unnecessary because all the while that you sat there hungry in that restaurant with you friends you had a crumpled up twenty dollar bill that you forgot all about from weeks ago and that the hunger endured as well as that dejected feeling was something that you didn’t have to experience.

Now why did I go through all of the trouble to say all of that? What’s the point?

The point is that like that crumpled up twenty dollar bill that you had in your pocket unknowingly when you thought you had no money is the same way that we as budding upcoming warriors can sometime fall into the trap of thinking that we do not possess the power to topple over any obstacle and endure any hardship placed in our way by our enemies. Too many times all our enemy has to do is to “show his fangs” and we go running out of fear afraid of the bite that our enemy most often doesn’t even have.

Just the same way in the jungle and on the battlefield of spiritual warfare, our enemies choose their victims carefully. They do not go for the strong when they could just as easily get the same “gain” by devouring the weak who easily submit. It makes their job easier. But when they know that you KNOW you are made for this task of righteous battle and The One who is backing you is always the victor then they will flee immediately after testing you.

This is the key. They will test you and attempt to inject the spirit of fear inside of you in order to short circuit your confidence so that you can have a meltdown which would make his job easier to defeat you!

You spiritual enemy’s injection of this fear is comparable to a chef utilizing some type of meat tenderizer into a tough piece of meat so that it is easier to chew into as well as cook.

He sits back and watches you self destruct without him having to exert any more energy while you bring yourself into the mindset of defeat for him. He is pleased. He is laughing. And now you have allowed this mental cancer of fear to become the spiritual meat tenderizer on your mission so that you can be easily devoured and “cooked” by your enemy! Truth!

So when you hear the saying that you have nothing to fear except fear itself believe me it is true!

Yes! The satanic forces of this world DO have power but you must always remember the scripture (1 John 4:4) that states: “Greater is He that is in me than he that is in the world!”

So what is that telling you? That if you are connected to the TRUE GOD then you have absolutely nothing to fear even when you are going through the trials and tribulations that are put on you to break your spirit!

Me personally? If I went by the standards of this world and how many have faltered before me then I guess I would have been a crazy man by now talking to myself pushing a shopping cart and funky from not washing for a few weeks not even looking like the Lance Scurv that you know today!

I refuse to fall because I refuse to lose my connection to the divine. If there is any “secret” to this game of life then that is it!

…….and I want to tell all of you that you do not have to be in a perfect state to be able to come back into the light (And I do mean the REAL LIGHT and not that bullshit that the hijackers of righteousness parade around as though they are divinely exalted!) so don’t believe that lie when it is whispered into your subconscious mind at all!

You could have just turned fourteen sweaty musty stink “alcohol breath having” tricks that night as a prostitute, but if you truly want to walk into the light you can! God will take you into His loving arms even before you washed the damn sperm off of you if you commit your life to Him and intend never to go back into that lifestyle!

You could be locked up in a tiny prison cell with a sentence that will snatch away most of your prime so called productive years if not you entire life itself but your Creator will always take you back when He knows that you are sincere in your belief to life the remainder of your life for Him!

You see, the main weapon of choice shrewdly utilized by the enemy is fear. Fear that you are not worthy enough to receive God’s love. Fear that what you did in the past was so terrible that your sins are not capable of being tossed into the sea of forgetfulness. So fearful on the so called consequences of your transgressions that you totally forget that you have a wonderful eternity in front of you that this unfair worldly order has absolutely NO JURISDICTION over and where true justice reigns forever!

So now how can you have any fear when you finally understand that no matter what your enemy may try to do to you to rob your joy that “this too shall pass?”

So the next time you are about to embark on your God ordained designated mission in life and a thought of negativity or doubt begins to creep up in your mind you tell that thought that you have no room in your spiritual luggage for it because fear ain’t allowed in Heaven!

…….and if the truth be told if you CHOOSE to hold on to this thing called fear that did NOT come from God Himself then you will be banished alongside with it when the time comes to fight for His cause!

What do you have to fear when you were created by the most awesome entity in the entire universe that has created everything in it and has total power and control over all things?

You can’t tell me one damn thing that you have to be scared of when you think of it that way.

So get up, get on your mission and grab the world by the horns to conquer and subdue the earth in any righteous manner that you please and know that there ain’t ONE DAMN DEVIL that can stop you!