On my drive back home from South Florida the other day on the Florida Turnpike I couldn’t help but notice that there were areas of open land for miles on top of beautiful miles that were untouched by mankind as far as the human eye can see and untouched by the intrusive self centered hand of man.

I thought about how this same perfect land was cultivated over countless years in a harmonious manner the way it was made to be respected as well as it was made to serve all of mans needs.

Now as the endless miles of heavenly terrain pass my scope I couldn’t refrain from thinking how corporate greed, disrespect for creation, blinds lusts and blatant disrespect for God’s gift of this world will one day eventually come around

I also couldn’t help but really absorb how many Native Americans were killed over that same land stretching from east to west and north to south. Wow!

I mean, in every corner of the United states of America you have streets, roads and boulevards that bear the names of Native American Tribes and individuals, what does that tell you?

Someone elses history books have been altered in order to minimize the impact and magnitude of the long term mass slaughter that resulted in a people damn near being wiped out totally. 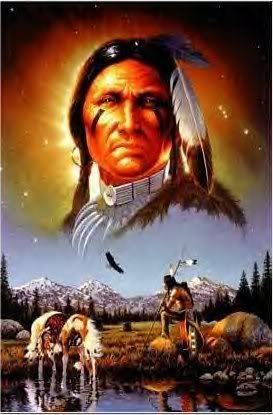 Reservations and tax breaks? Well damn Amerikkka, it’s the least that you could do after murdering an entire race and leaving it with only a trace of its culture and hope for the future.

And no, I won’t go on with another rant right now on THAT issue even though I could never mention it enough but the general way I am feeling right now after making my trek across such a beautiful land is that there are so many things in this world that aren’t right.

Why is it that with so many countless miles of land around us that is uninhabited that there have to be so many homeless people?

Why is it that such a small percentage of the population control an overwhelmingly huge amount of the wealth in this world as the so called poor have to work so hard just to remain afloat with the few or nonexistent resources that they had to literally drop blood just to have.

Why is it that when you claw and scratch your way to a sizable accomplishment independently that the unseen powers that be work so hard to keep you from going any higher unless you submit to their control in your endeavors and when you refuse then it becomes a war to stop your independent flow?

You would have to really be blind to NOT see that there is an unseen hand lurking about in our world that is working viciously and relentlessly to maintain a control over our minds that benefits them and their stronghold over our independent spirit.

We were NOT made to be subservient to anyone except God Himself!

We have so much trouble praising Him as we should because we haven’t really received His gifts the way it was prepared for us because they were hijacked for another mans profit and shared with us only in metered amounts ONLY after we had to slave for the right to taste them!

How can you be thankful for something that you never really received?

God gave us this land but now we have to pay someone else to own it? Why? Especially since there is so much of it in abundance!

God gave us these wonderful bodies that we enjoy yet we are steered away from knowing of the proper foods to eat so that we profit someone else in our self induced sicknesses that come from our blatant ignorance of knowing what we should be feeding ourselves with.

You do see that there are superior fruit and vegetable sections in the supermarkets of the affluent neighborhoods and not as many McDonald’s, Burger Kings and Friend Chicken joints as are in the hood’s and poor side of town. Why?

while this morning I am ranting and writing in a somewhat non-directional manner, all I ask of you today is to really step back and think about the world that we live in today and to take notes on the “little” indications of the obvious malfunctions that many of us chose to ignore by turning up our MP3 players or indulgence into our many mind numbing vices that cause us to temporarily escape the individual and collective pains that we as a people have to endure.

…….and before I wrap this up allow me to share with you another observation of mine that I believe is the absolute truth – The true gauge that a neighborhood or community is sick is to observe how many channels of escape it possesses. Meaning that the more a neighborhood is in pain, the more crack-houses it will have, the more gambling spots it will house, the more whorehouses it will allow to take residence there with them, the more liquor stores AND CHURCHES it will possess.

Not only that, but a sick society will have more hustles and scams to make up for the lack of opportunity that either comes from a twisted mindset (Keep your children out of the oppressors schools!) or the actual lack of choices that come from living on that side of town while wrapped in the skin that you are in.

This being said, the ONLY way to defeat ANY obstacle in your path is to walk in the Holy spirit. But to constantly walk in the spirit means that you have to constantly detach yourself from the hedonistic experiences of this world that seek to usurp the divine connection that will truly set you free!

This is how I, as one who holds down multiple jobs, do several chores a day, could still manage my time in an effective manner where I can maintain this blog with the results that would take ten people to do so because I am not caught up in the time wasting, energy draining endeavors that many others indulge in and then wonder why they just do not have the time to get anything worthwhile accomplished and always put it off for another day!

You must understand that YOU are a brilliantly made machine whose expected standard performance is nothing short of great each and every time, demand that you do better but at the same time change and turn away from these performance clogging ways that you have so that you can be the world beater that God Himself made you to be!

Self control, discipline and a strong focused mind is the one thing that your enemy cannot take from you once you have made up that same mind to receive all that your Heavenly Father has given to you and promised to you that has been hijacked in the time that you were lulled to sleep with these fleeting carnal pleasures.

Once you finally wake up to what is being done to your life then the warrior inside of you will spring into action and the righteous war that you were created to succeed in will be OFFICIAL!

I have vowed to be a righteous thorn in the side of my oppressor and NOTHING will stop me from utilizing every ounce of strength and breath to fearlessly spread the truth as it is revealed to me until my father calls me home in the time that He sees fit.

Fight or flight. Which one will YOU choose?

So true. It is just too sad.

So true. It is just too sad.

Good information. Lucky me I found your site by accident (stumbleupon).

I've book marked it for later!