he parents of Daunte Wright are speaking out about their son’s death.

The 20-year-old was shot and killed on Sunday by a white Minneapolis police officer. On Tuesday, his parents sat down with ABC News‘ Robin Roberts and revealed their son’s final moments and that they can’t accept it was a “mistake.”

“I know my son was scared. He’s afraid of the police, and I just seen and heard the fear in his voice,” said his mother, Katie Wright. “But I don’t know why and it should have never escalated the way it did.” 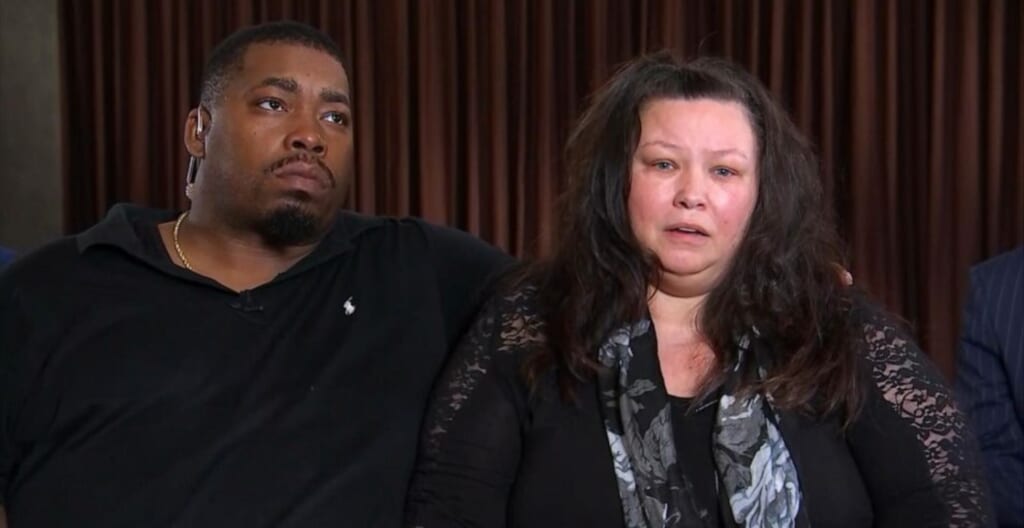 Wright was in the car with his girlfriend in Brooklyn Center, 10 miles northwest of Minneapolis when he was pulled over for an expired registration tag. Officers then discovered he had a misdemeanor warrant.

Daunte’s mother was on the phone with him when she heard police ask him to step out of the car.

“Daunte said, ‘For what, am I in trouble?’ I heard the phone getting put down pretty hard,” said Katie. “And then I heard scuffling and the girl that was with him screaming, and I heard an officer ask for them to hang up the phone and then I didn’t hear anything else.”

“I tried to call back three, four times and the girl that was with him answered the phone and she said that they shot him and he was lying in the driver’s seat unresponsive,” the tearful mother added. “And then I heard an officer ask her to hang up the phone again and then after that, that’s the last time I’ve seen my son. I haven’t seen him since.”

Daunte had a child of his own, loved basketball and had an amazing smile, said his mother. 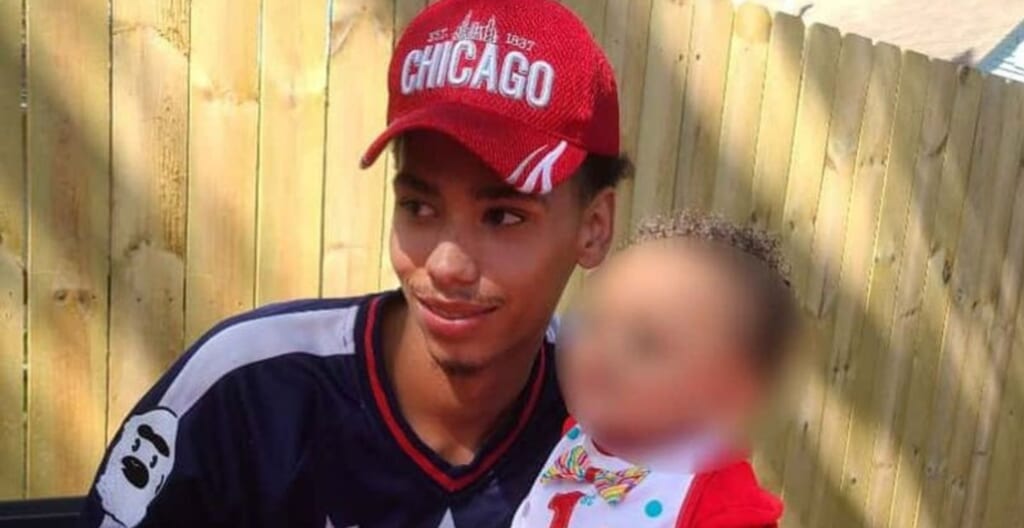 “He had a 2-year-old son that’s not going to be able to play basketball with him. He had sisters and brothers that he loved so much,” said Katie. “He just had his whole life taken away from him. We had our hearts pulled out of our chests. He was my baby.”

The officer that shot him was a 26-year veteran of the Brooklyn Center Police Department, Kim Potter. She claims she shot the young man accidently.

“However, the officer drew their handgun instead of their Taser,” Brooklyn Center Police Chief Tim Gannon told reporters on Monday. “It is my belief that the officer had the intention to deploy their Taser, but instead shot Mr. Wright with a single bullet. This appears to me, from what I viewed and the officer’s reaction and distress immediately after, that this was an accidental discharge that resulted in the tragic death of Mr. Wright.”

In a body camera footage video released of the incident the officer is heard saying, “Holy s—, I just shot him!”

Potter was with another officer when the incident occurred.

“She was a training officer and so it’s not about training, it’s about implicit bias,” said the family attorney Benjamin Crump, who has represented the families of Trayvon Martin, Breonna Taylor and George Floyd.

“It’s about giving the same respect and consideration to people of color that we give to white American citizens. We don’t see these sort of things happening to white young people that we see happening over and over and over again to young, marginalized minorities.”

The civil rights attorney also added these tragedies will not stop until “when we start treating each other all the same.”

“I lost my son, he’s never coming back.”

Protests have erupted since the 20-year-old’s death. But the family said they want Daunte’s name remembered.

“I want to say thank you so much for the support and standing by us,” said Katie. “And making sure that my son’s name doesn’t get swept under the rug.”

Brooklyn Center Mayor Mike Elliott said on Monday the officer will be released from her responsibilities.

He told reporters, “My position is that we cannot afford to make mistakes that lead to the loss of life of other people in our profession.”

Potter resigned from her position on Tuesday.

“I have loved every minute of being a police officer and serving this community to the best of my ability, but I believe it is in the best interest of the community, the department, and my fellow officers if I resign immediately,” Potter wrote in her resignation letter, according to the St. Paul Pioneer Press.