HOW PAUL MOONEY BECAME A LEGEND BY SNUBBING WHITE HOLLYWOOD 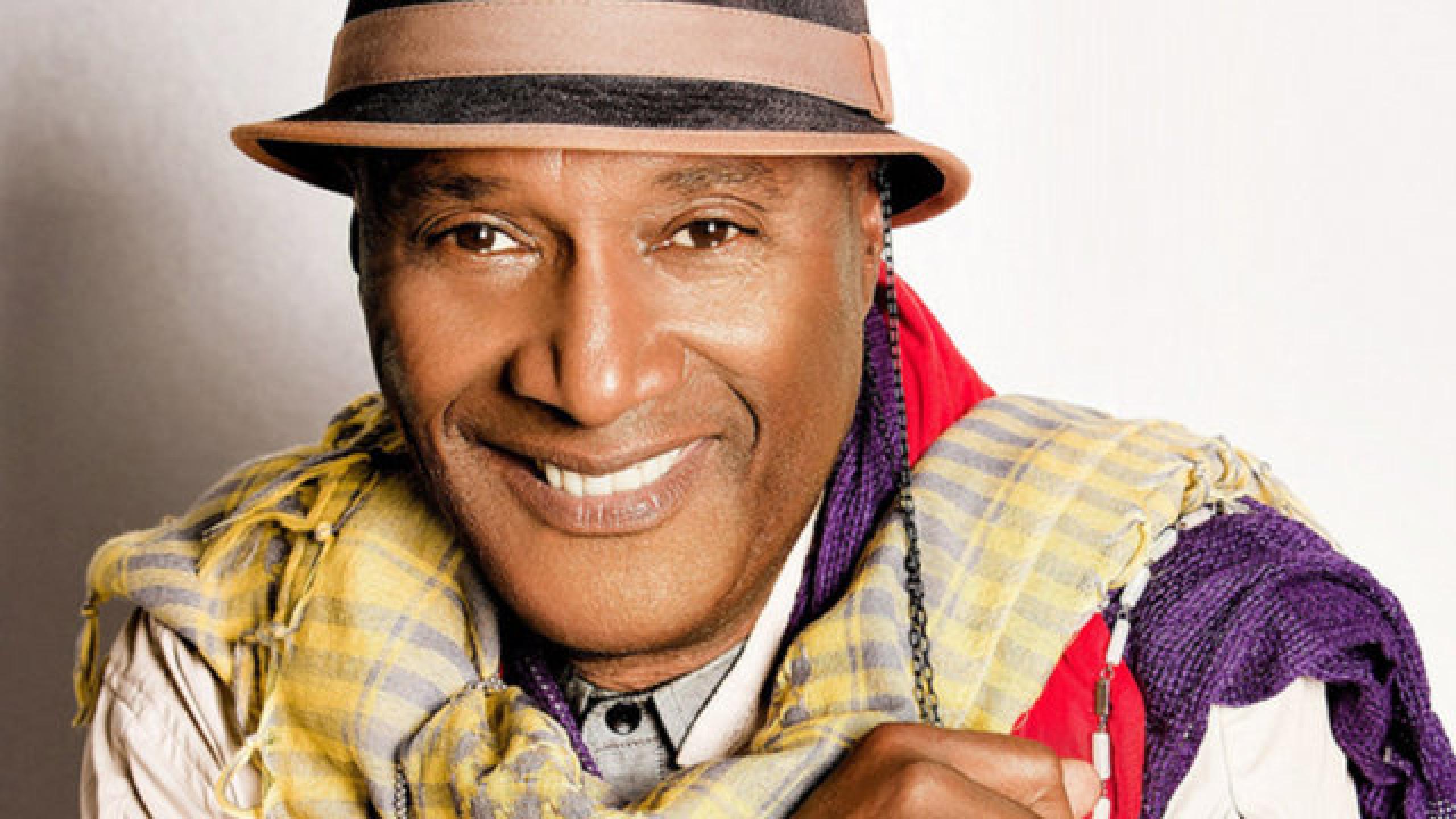 What does success in show business look like? How is it measured? Is it determined by how many followers you have on social media? Is it determined by how much money you have, or how many endorsements you have, or the amount of times we see or hear you? Most people would equate fame with success, but to some, it’s all about being able to live your life comfortably without losing your soul.

With that said, there was no comedian as successful as Paul Mooney. There’s something to be said about someone who actively rejected the siren-type calls to Hollywood. Mooney, who passed away Wednesday at 79 of a heart attack, was well known, but not for his appearance in big grossing movies. He was known for being real, at all costs. 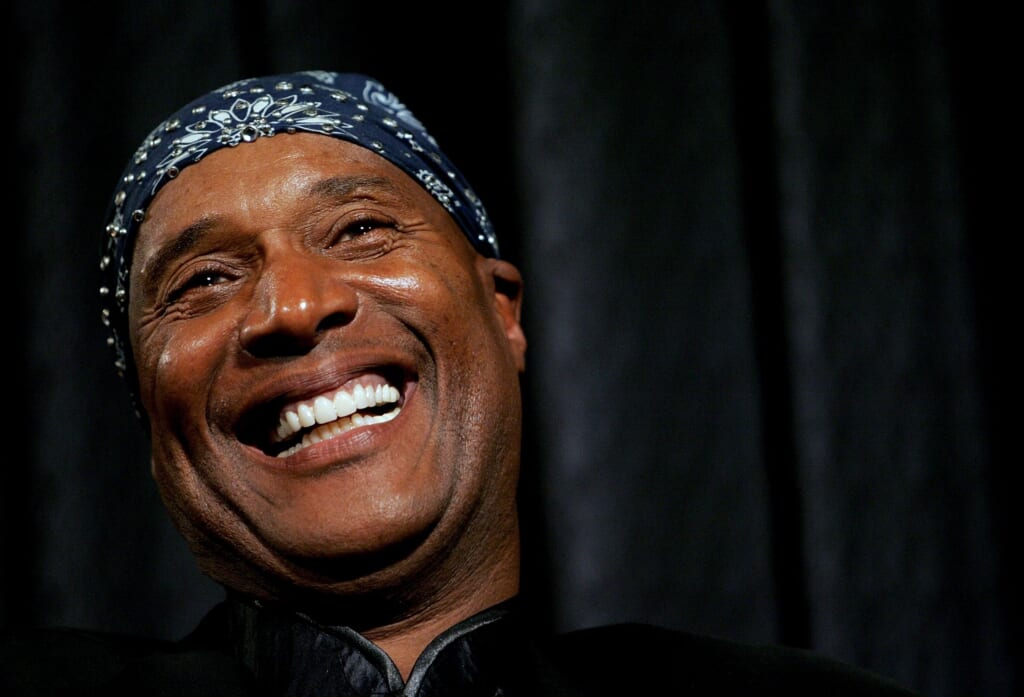 For Black Americans, comedy, much like music, much like the Gospel, is our divine compass in this mortal existence. When we hear a joke or a funny bit that resonates, we harness it to our souls and quote them in apropos situations. No different than reciting a line of scripture or playing a song to get us through our trials.

For a time, when something was suggested to us that was contrary to our pride, some of us would cry out, “I don’t think so. Homey don’t play that.” We have Paul Mooney to thank for that.

Anytime an incident of racial injustice would befall one of our brothers and sisters, and justice wasn’t served, some of us might say, “If you going down there looking for justice, that’s what you find: just us.” We have Paul Mooney to thank for that.

Whenever a successful Black celebrity is a victim of racial prejudice despite their popularity, whether it’s Michael Jackson being stripped searched by cops without being formally charged with a crime, or Oprah Winfrey being denied service at an expensive store in Switzerland, we might say they just got their “n-gger wake-up call.” We have Paul Mooney to thank for that.

Whether he was Negrodamus on Chappelle’s Show, writing the infamous Word Association sketch on season one of Saturday Night Live, or assembling a justice league-style cast of comics for The Richard Pryor Show – Robin Williams, John Witherspoon, Marsha Warfield, Tim Reid, Sandra Bernhard – Mooney had his hand in so much greatness. He could’ve easily parlayed his talents and connections into a prominent career as a Hollywood superstar.

So why didn’t he? Because he knew the truth, and because he told the truth.

Mooney’s adjacency to Pryor for over three decades got him close to the inner sanctum of Hollywood enough to understand the full nuances of the racism and disloyalty they were committing.

“Hollywood’s interesting. They like you a certain way when you’re Black,” Mooney said during a 2008 interview with ReelBlack TV. “You damn near have to be a Black Anglo Saxon.” He was aware that as a Black man or woman in Hollywood, you had to play their game. He was unwilling to compromise who he really was.

Mooney was fully aware of the “unwritten” rules in Hollywood when it came to Black artists. One of the reasons he resisted the temptation to sequester himself amongst the stars was because of this. For instance, he witnessed Sidney Portier being the “perfect Negro” in Hollywood, but when he slapped a white man in the 1969 film, In The Heat of the Night, he noticed things changed.

Mooney stated in a 2010 interview with Pop Matters that “white people are not very loyal to their perfect Negro or to their house Negroes. As soon as they’re not ‘in,’ they’ll drop them like a hot potato.”

In the Chappelle’s Show sketch, “Ask a Black Dude,” Mooney called the Black American man “the most copied man on this planet, bar none. Everybody wanna be a n-gger, but don’t nobody wanna be a n-gger.” Mooney understood the notion of the Black star being plucked by Hollywood and claimed as their own, referring to Lionel Richie, Michael Jackson and Tina Turner being taken from Black culture and repurposed as “pop” and “rock” stars.

“That’s what I told some Black people the other night at my show. I said, ‘don’t get too fond of me, ’cause white folks will come in and take me.’ They only want n-ggers to have a little bit of fun.”

It’s no accident that two of his few film appearances — Robert Townsend‘s Hollywood Shuffle and Spike Lee‘s Bamboozled – were movies that satirically dealt with those aforementioned Hollywood nuances of racism and creating Black caricatures. In Hollywood Shuffle, he played an NAACP president who led a protest of Townsend’s character playing a stereotypical pimp in a Blaxploitation film. “They’ll never play the Rambos until they stop playing the Sambos,” he said, criticizing Black actors for taking demeaning roles in films directed and written by white people.

In the film Bamboozled, Mooney played Junebug, a fictionalized version of himself, a stand-up comic who never achieved crossover success despite being popular to his audience. When Damon Wayans’ character, TV producer Pierre Delacroix, asked how Junebug ended up playing small clubs instead of becoming a big star, he replied, “I got too much pride, too much dignity, integrity. I can’t do that Hollywood stuff, man. I can’t say that stuff they want me to say.”

When Delacroix suggested maybe it was because he wasn’t funny enough, Junebug just chuckled. “Did you hear that audience tonight? They were with me. They were with me, laughing with me, they get me. I’m funny as hell,” he said. He was happy with his life. He had his wife, his home and his audience. And that was Mooney in real life. He didn’t need the money and the limelight. His success was his home life, his autonomy. His validation came from his fanbase.

If you’ve ever been lucky enough to see Mooney’s stand-up comedy, be it live or on DVD, you know that nothing is off limits. In fact, he once called out his own audience for groining at a joke about a holocaust survivor winning the lottery thanks to the number tattoo he was given from the Nazis. “Oh, f—k you, that’s funny!” It was. Fateful that that joke was on a DVD called Know Your History: Jesus was Black…and So Was Cleopatra. Mooney gained adoration and respect for telling the ugly truth.

Mooney always felt he was at his best when on stage. There were no glory days for him, because he was constantly living in them. To him, the political, social and artist landscapes, never changed, so his material was as fresh no matter when he used it. “Someone had asked me the other day about what were the best times for me,” Mooney said to Okayplayer in 2014. “The best times for me is now. It’s what I do, it’s not yesterday. Yesterday is the past. And it’s never tomorrow, it’s always today. Tomorrow never comes.”

At the end of the day, when your time on this earth is up, it won’t matter how many followers you have. If you were a millionaire, you can’t take it with you. What matters is your legacy; what you leave behind. Mooney left behind not only a string of poignant Black culture references and rhetoric, but the template of being successful without aligning yourself with white institutions.

Mooney won because he stood out. He won because the work was what mattered, and what the audience took with them was his reward. As Townsend once introduced him on his 1987 HBO Partners in Crime special, “In Hollywood, there are many stars, but there’s only one Moon.”

Thank you, Mr. Paul Mooney for being our moon and turning the tides of truth, while making us laugh along the way.