“I will never let go of my King. But does your man shave you though?” wrote Tyrese's new lady Zelie Timothy

In a video shared on Instagram, singer and actor Tyrese Gibson helped shave the pubic hair of his new girlfriend, Zelie Timothy. 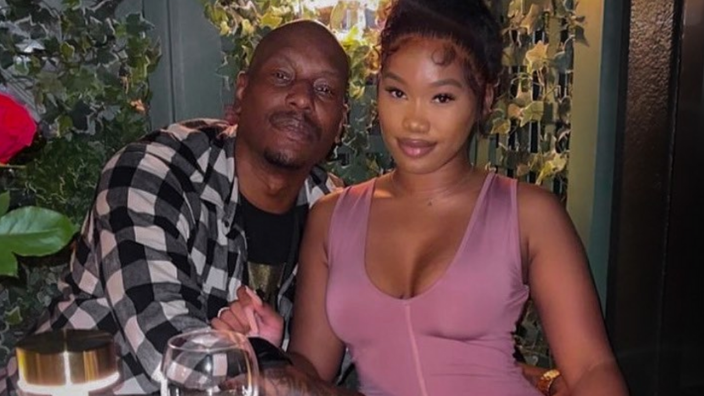 Timothy, 25, shared the intimate moment on her Instagram Stories on Sunday with the caption: “I will never let go of my King. But does your man shave you though?”

In the video, Tyrese, 42, is seen telling Timothy that he was “going to put the creamer on it first” and then “mix it with some oil,” apparently referring to the shaving cream.

In another clip, Tyrese calls his woman “beautiful” before she responds, “What’s beautiful is your man hands.” Timothy added, “I know we’re supposed to be shaving, but I’m thinking about something else.”

The personal look into the couple’s home life drew many reactions online.

“See and when he nick u don’t cry sis,” comedian LaLa Milan commented on a repost of the video by The Shade Room.

“The problem isn’t Tyrese helping his woman shave… It’s the fact that it was recorded and posted. That shit was weird,” wrote one Twitter user. Another person tweeted, “You know some things are not meant for social media. What is the point of all this?”

Tyrese and Zelie Timothy, a self-described influencer, were first tied to each other earlier this year just after Tyrese announced in December his divorce from Samantha Lee, with whom he shares 2-year-old daughter Soraya. The Fast & Furious star also has a daughter Shayla, 13, with his first wife Norma Gibson.

Timothy recently gushed about her new love on Instagram with a picture of them at a dinner date in Atlanta.

“I’ve honestly never been this happy. @tyrese you’ve took me on so many dates. Your always giving and now it’s your turn to receive my love. I appreciate everything and I can honestly say this one tops it all… Not only because I planned it ALL! LOL but because this surprised you. @thegardenroomatlanta thank you,” she captioned.

NSFW videos aside, Tyrese was also a trending topic on Sunday after he shared a video of the moment Jamie Foxx won his second Oscar for his role in the Disney and Pixar animated film, Soul. Foxx and friends had watched the ceremony from Tyrese’s living room.

The actor, who notably bought a fake Oscar trophy as a “stand in” for when he wins a real Academy Award, filmed himself handing his pseudo Oscar to Foxx as he celebrated the career milestone.