Three innocent bystanders including a 4-year-old girl who was toy shopping were shot in New York City’s busy Times Square on Saturday afternoon when someone opened fire during a dispute between several men, Police Commissioner Dermot Shea said. All the victims were expected to recover.

The shooting happened shortly before 5 p.m. near the intersection of West 44th Street and Seventh Avenue, police said. The suspects were still at large.

Shea said during an evening news conference that police have one person of interest they’re seeking to question. The police department posted video of the man walking away from the scene on its Twitter page.

“We have … from numerous witnesses that a dispute occurred on the street involving at least two to four people,” Shea said. “It is during this dispute that at least one person pulls out a gun.”

Surveillance videos posted on social media by the fire department show people running away from the scene after the shooting. What appear to be three gun shots are heard on audio from the videos.

Shea said an officer heard four to five shots and officers found three shell casings, appearing to be .25-caliber, at the scene.

Mayor Bill de Blasio called the shooting “senseless violence” and vowed the suspects will be brought to justice.

Shea said city police officers have been seizing guns at an alarming rate over the past two years and he said “bad policies” were to blame. He declined to elaborate. 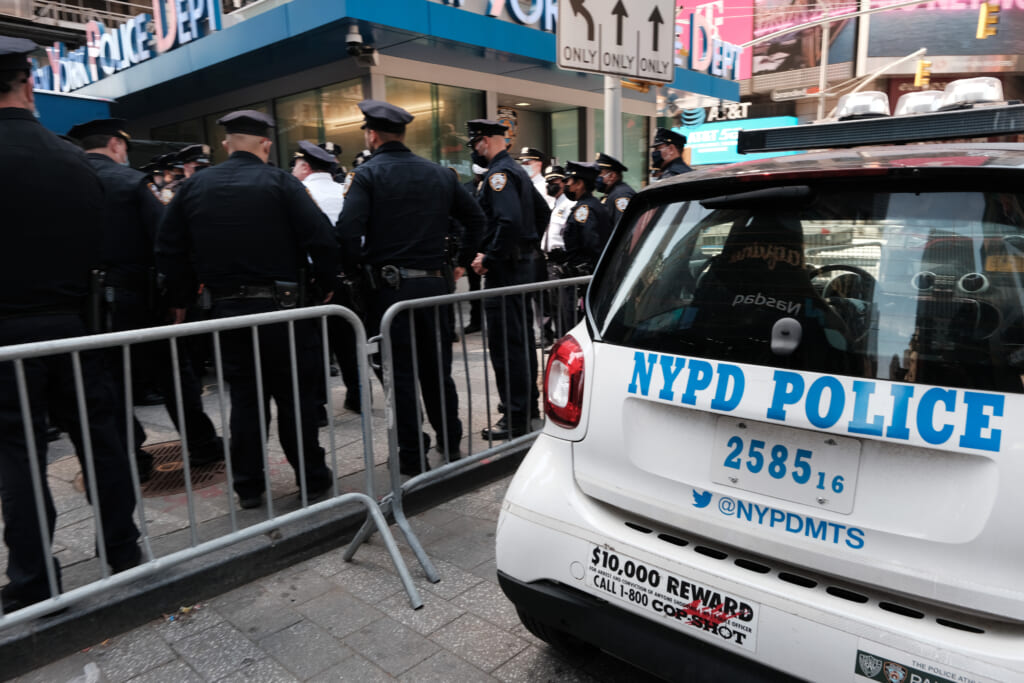 City police officials previously have blamed bail reforms that went into effect last year for putting offenders back on the streets, but there’s little evidence people freed from jail are behind the new crimes.