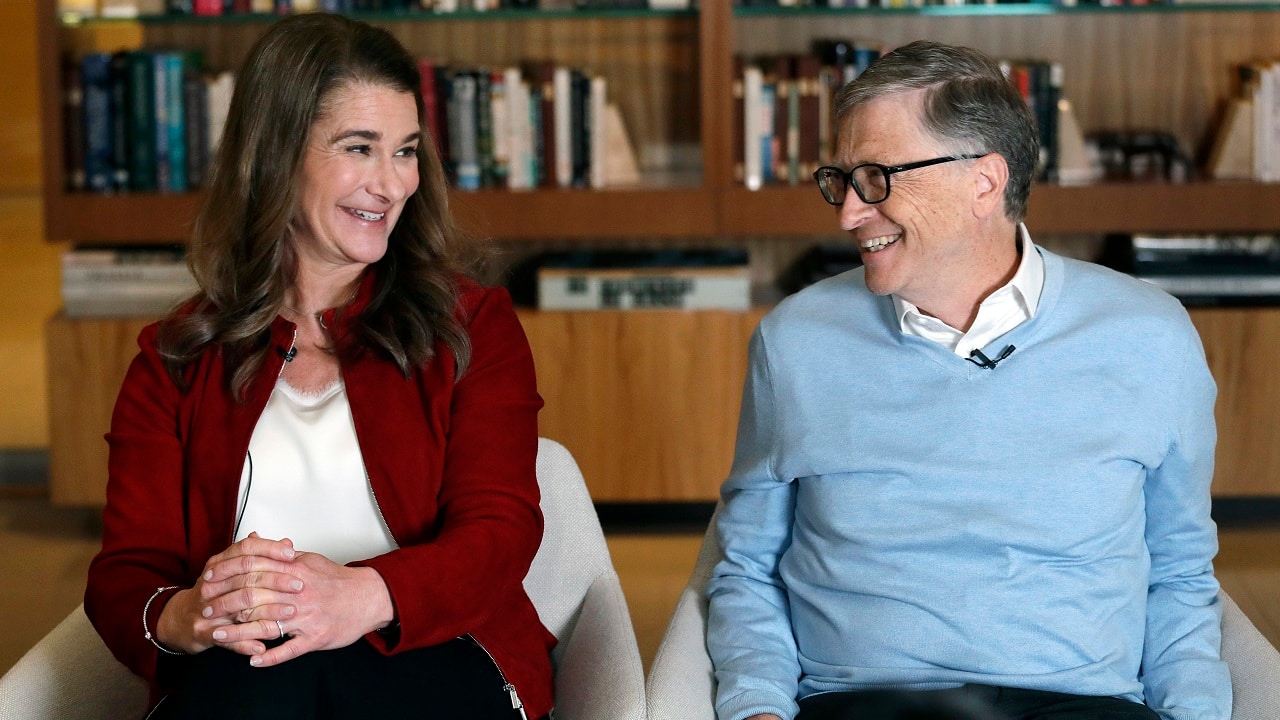 Melinda French Gates had concerns about her husband’s dealings with the convicted sex offender Jeffrey Epstein when she consulted lawyers to explore the option of divorcing the Microsoft billionaire Bill Gates, according to reports.

The billionaire philanthropists announced their decision to divorce last week after declaring their marriage “irretrievably broken” – but did not explain why.

The Wall Street Journal reported that in 2019 Melinda, 56, hired a team of lawyers from several high profile law firms to discuss a possible divorce. The Journal said several of its sources had said Melinda was concerned about her husband’s business dealings with Epstein, who killed himself in jail in 2019 while awaiting trial on federal charges related to sex trafficking.

Melinda is said to have expressed unease at Bill’s relationship with Epstein since at least 2013. Her meeting with divorce lawyers in October 2019 is said to have taken place at roughly the same time as a New York Times article detailed Bill’s meetings with Epstein, which included an overnight stay at Epstein’s New York mansion.

The article, which detailed Epstein’s connections with the rich and powerful, said none of them “compared in prestige and power to the [then] world’s second-richest person, a brilliant and intensely private luminary: Bill Gates. And unlike many others, Mr. Gates started the relationship after Mr. Epstein was convicted of sex crimes.”

The Daily Beast reported that Melinda, who has recently introduced her maiden name, French, into her social media profiles, warned her husband about associating with Epstein in 2013.

The website said Melinda was furious with Bill for meeting with the wealthy sex offender and it proved to be “a turning point for the Gates’ relationship”.

A spokesperson for Bill told the Journal he stood by a statement about Epstein given to the New York Times in 2019. In that statement he said: “I met him. I didn’t have any business relationship or friendship with him.

“I didn’t go to New Mexico or Florida or Palm Beach or any of that. There were people around him who were saying, ‘Hey, if you want to raise money for global health and get more philanthropy, he knows a lot of rich people.’

“Every meeting where I was with him were meetings with men. I was never at any parties or anything like that. He never donated any money to anything that I know about.”

The Journal said its sources claimed that Bill and Epstein first met in 2011, several years after Epstein reached a deal with authorities and was sentenced to 13 months confinement for soliciting prostitution from underage girls. The conditions of that 2008 deal were a source of controversy 11 years later, when Epstein was charged with sex trafficking. Found dead in a New York jail, he was deemed to have killed himself.

Melinda could become the world’s second-richest woman, with a fortune estimated at $73bn. According to the Bloomberg billionaires index, Bill Gates is currently ranked as the world’s fourth-richest person, with wealth totaling about $146bn.

A 50-50 split is possible because the divorce petition filing also reveals that the couple – who married in 1994 after first hitting it off playing Cluedo (she won) – did not sign a prenuptial agreement, and under Washington state law divorcing couples are expected to share their assets equally.

The current richest woman is Françoise Bettencourt Meyers, the 67-year-old L’Oréal owner, whose inherited fortune is now worth about $83bn.

“After a great deal of thought and a lot of work on our relationship, we have made the decision to end our marriage,” the pair said in a joint statement announcing the divorce last week. The Gates's have said that they plan on remaining co-chairs and trustees of the $43bn Bill & Melinda Gates Foundation. The billionaire investor Warren Buffett serves as the foundation’s third trustee. All three have vowed to give away the vast majority of their wealth.