WOMEN AND GIRLS IN JAMAICA ARE VICTIMS OF CHRONIC VIOLENCE: BUT IT'S ONLY A SNAPSHOT!

I never wanted to study violence — particularly when it came to Black girls. I had already seen it eye to eye. And if that was not enough, I went on to study it in an effort to organize against it. I created opportunities to help girls strategize about how to resist it. I lived it.

I’ve worked with Black girls intimately and often, hearing tales of beauty and transformation, often coupled with painful scars of violation. I knew violence all too well — political violence, violence in the classroom, interpersonal violence, sexual violence, and violence in all of its other iterations. After all, violence had mapped itself onto Black girls’ bodies, environments, and the very fabric of their lives.

I could relate because it mapped itself onto the Philadelphia neighborhood I grew up in, onto my immigrant family, and onto my young, Black female body, too. But it wasn’t until I entered ‘the field’ that I had named it.

To say “Jamaica is not a real place” is a running joke — usually expressed laughingly to reference one’s shock and inability to process some of the things that take place on the island. People use it jokingly, often signifying toward some fantastic clip that has surfaced on social media platforms. It signals that whatever portrayal of Jamaica presented is confounding — other-worldly — plainly incomprehensible.

A peculiar place — equal parts beauty and danger — Jamaica is truly a “confounding island,” as nicknamed by sociologist Orlando Patterson. Even more confounding is the prevalence of violence in the lives, environments, and unfortunate deaths of Jamaican women and girls.

I entered ‘the field’ in April of 2019, as a graduate student, but also as a Jamaican descendant whose life had been entirely shaped by a culture, a country, and a heritage from which I was removed geographically since I was a child. 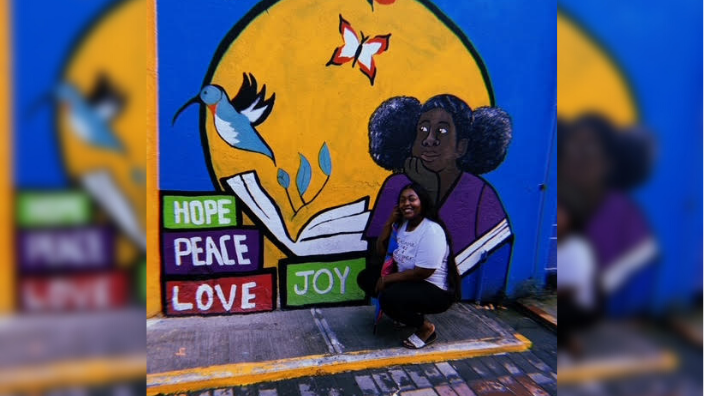 My bi-annual week(s)-long journeys to my parents’ nation of origin, to visit my grandparents and extended family could not have prepared me for what I would hear, witness, and experience in the years to come. Neither could my research methods courses prepare me for what this work would require of me.

After quelling my parents’ paranoia, I entered Kingston for the first time alone, as a sociological researcher, excited to study the lives and social processes of Black girls there. I visited local government and grassroots organizations, participated in community trainings, spent time in schools, universities, and inner-city communities, writing, interviewing, observing, and communing with my own friends and family — acquainting myself in the space.

Soon after each new encounter, in any one of these spaces, it never failed that I was met with an onslaught of stories or made witness to some conversation about the fate of violence that awaited Black women and girls, inevitably. As I continued in the field, it grew more and more apparent that the issue of violence against women and girls in Jamaica, like in many other parts of the Black world, was surreal and far more insidious than one could have imagined.

I recall being first told of the tragic death of 11-year-old Ananda Dean — after whom Jamaica’s missing child alert system (similar to the U.S. AMBER alert) was instituted and named. Shortly after her disappearance in 2008, Ananda’s school books were found scattered in a community where she hadn’t lived.

Days after her books were discovered, her decomposing body was found carelessly cast aside — she was beheaded, and her naked body laid bare, awaiting discovery in the bushes of Cypress Hill. Fifteen years to date, her case remains unsolved.

Since learning of Ananda’s story, the list of names and tragic accounts I have learned of is endless. In 2017, 17-year-old Mickolle Moulton was killed in her own bed by a gunshot wound to the head. Her 12-year-old sister was awakened to Mickolle being murdered in cold blood, and was, herself, injured during the ordeal. 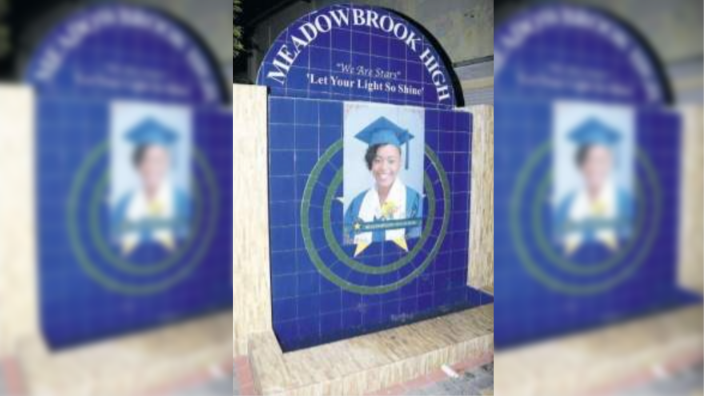 During the investigation of her killing, police went on record noting that they believed Mickolle might have been murdered for rejecting the sexual coercion of men in her neighborhood.

In 2018, Yetanya Francis’ 14-year-old body was found burned and disposed of behind a church. Her autopsy revealed evidence that she had been raped, stabbed to death, and, and like Ananda, her case remains unsolved.

In January of 2020, 26-year-old Nevia Sinclair was killed by her ex-boyfriend, who had broken into her home, gone to her kitchen for a knife, and murdered her in her sleep. Nevia’s father discovered her dead body, as the assailant was seen running from the home moments following the incident.

In mid-March of this year, the cries of 19-year old Patricia Greene were audible to the community as she was stabbed to death by her ex-boyfriend and father of her child. Her body was discovered by police with multiple stab wounds and her throat slit open.

Millicent Robinson, 50, was missing for just under a week when police discovered a bloody ax in her yard. Upon further investigation, on April 3, her body was found concealed in a shallow, makeshift grave, under a Mango tree — only a stone’s throw away from her Kingston home. 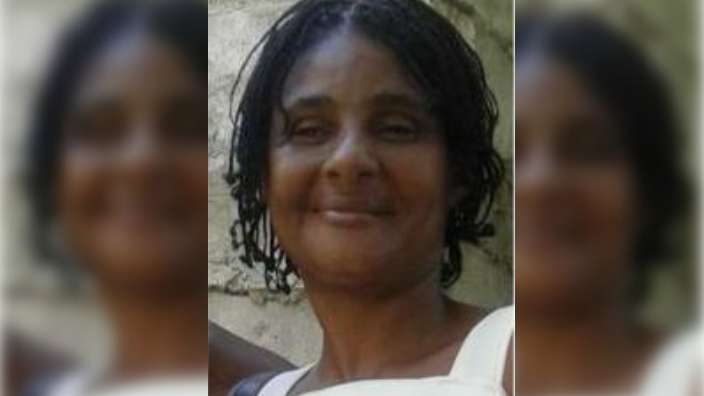 In the past month, Joyce Gordon‘s 78-year-old body was found in St. Elizabeth lifeless, and without underwear, suggesting she might have been sexually assaulted leading up to her death. Her disturbing story, amidst the others aforementioned, highlights the fact that gender-based violence in Jamaica, including sexual violence, has no regard for age.

Among other Black women and girls who have been the victims of gender-based violence more recently are: Nattalie Dawkins — a school teacher whose body was discovered in a shallow grave in Clarendon after being missing for several days; Andrea Lowe-Garwood — shot to death during a live-streamed church service; Natesha Waite — whose body was discovered by her son with two stab wounds to the neck; Khanice Jackson — who was sexually assaulted, murdered and whose decomposing body was discovered in Portmore on March 24, 2021; and Jasmine Deen — a visually impaired University of the West Indies student who remains missing after a year since her disappearance.

Many more victims remain unnamed, and their stories untold.

In the wake of the uptick in public discourse around violence and Black women and girls’ bodies in Jamaica, amidst my own embodied ethnography in the space, it’s almost hard to breathe, considering the situation of women, and what that means for the girls I study, and also for my own life. 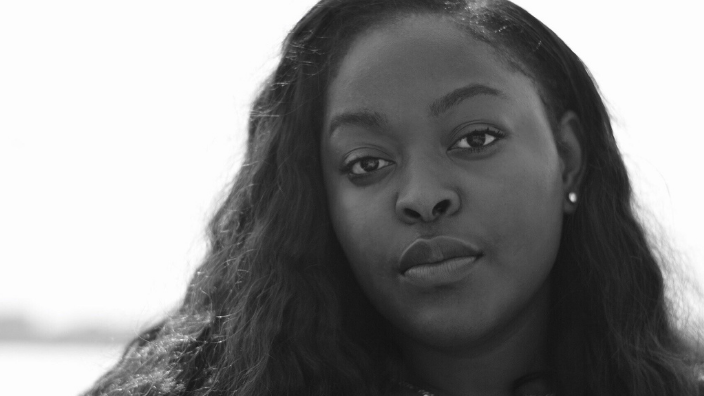 Sometime after I started applying to graduate programs, I was headed to get lunch on campus at Howard University, when I got a phone call. A brick wall of confusion hit me when I heard my mother on the other end of the phone, distressed. My friend’s mother had been murdered. Within only a few years of his arrival to the United States, her high school sweetheart and the father of her youngest child had taken her life. And after murdering her mother, he fled to the airport, abandoning their young child (my friend’s sister) in the apartment alone with her mother’s deceased body, and her incapacitated elderly grandmother for three days before sending a chilling voice note, wherein he admitted fleeing the country to return to Jamaica.

He expressed a possessive rage that he was tired of her telling him she wanted the relationship to end. He also admitted to her murder, detailing that he left my friend’s mom holding a rose and that he wanted American authorities to take good care of their daughter. Many women in related predicaments are often told to simply take out a protection order. In this case, it is with a heavy heart that I regret to say, the restraining order neither saved her life nor helped to bring her abuser to justice.

I share this story briefly because after the initial tragedy, I only practically knew how to support my friend. It was only in the aftermath that I had learned of all of the hell leading up to that fateful moment.

While her mother was being abused, my friend struggled to find sustainable strategies to protect and support their family. And sadly, in the years following the tragic loss of her mother, I often found myself speechless during the time we spent together. Most importantly, I struggled to find resources to help her, and to help myself process not only the gravity of this event but also the prevalence of this type of violence in the Jamaican community — and the silence that sustains it. 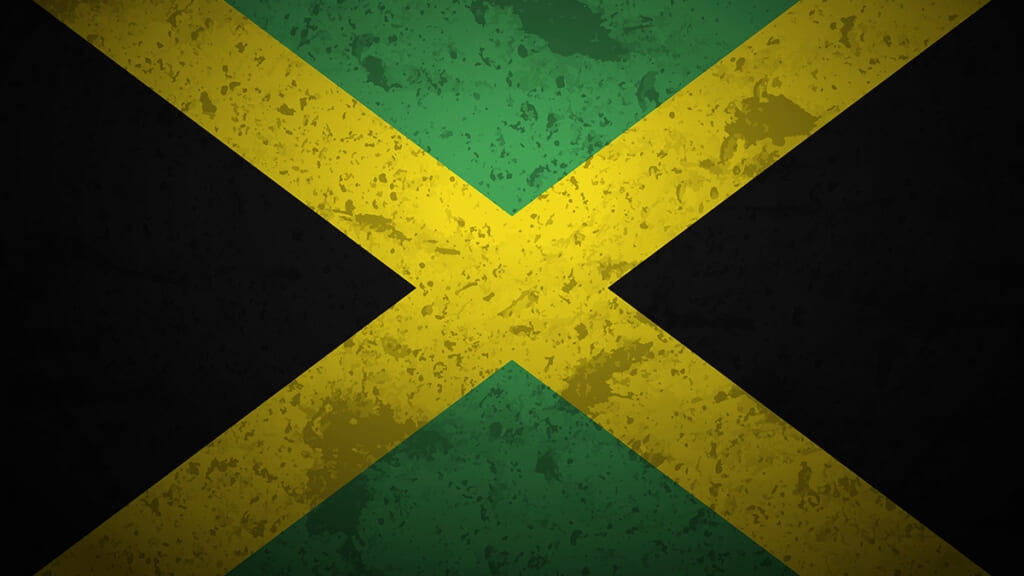 It wasn’t until I entered the field that I began to reconcile these incidents among those I encountered as an adult, along with the backdrop of Jamaica’s long historical record of violence against women and girls. When I began grappling with this history, I understood more about myself, the experiences of Jamaican women throughout generations, and even more about the violence experienced within our own family and community.

I am not one that sees ‘culture’ or ‘cultural attitudes’ as an explanation of violence in any society; I never have been. To me, cultural explanations of violence were, are, and will always be intellectually lazy.

While it can be said that poverty, neglect, socio-political histories, lack of infrastructure or public goods and services contribute to the persistence of violence against women and girls, ultimately the root of the issue rests in the lack of value for Black girls’ lives — as reflected by public attitudes in Jamaican society, and also elsewhere in the Black world. This is evidenced in what happened to Black girls for decades at the hand of Robert Kelly in the United States, the hundreds of schoolgirls abducted in Nigeria, and the prevalence of gender-based violence against women in Trinidad and Tobago, just to scratch the surface.

In 2014, the general assembly marked the start of the United Nations’ International Decade for People of African Descent, centering recognition, justice, and development. The decade pays special attention to the case of women and girls of African descent. It urges nations to raise awareness concerning matters of human rights and discrimination and to strengthen legal frameworks meant to protect women and children, who are vulnerable members of society. 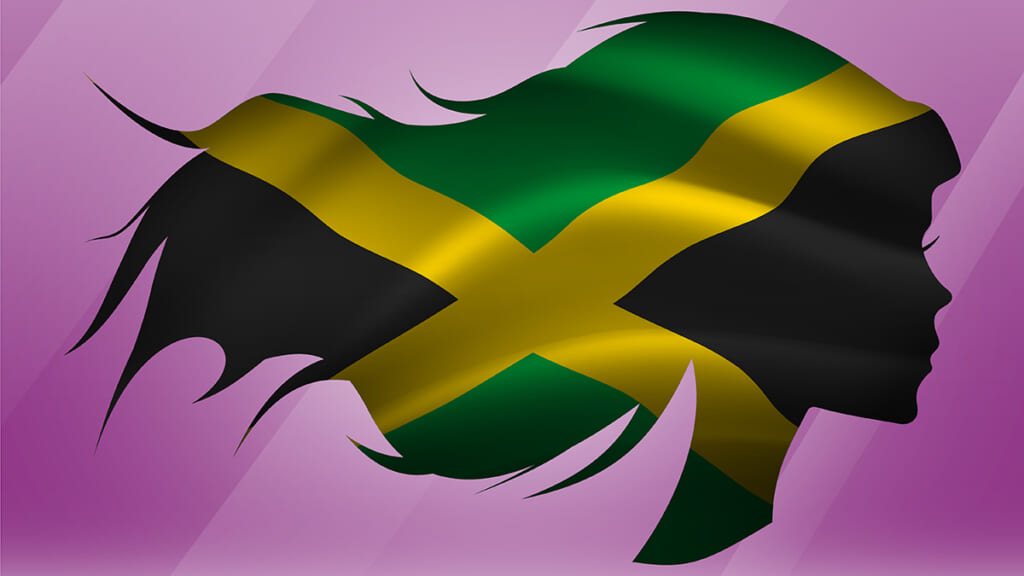 The case of Jamaica is important to such efforts at improvement, as child safety, particularly in the case of girl children, continues to be a rising concern for the young nation.

In Jamaica, girls accounted for 97 percent of the 1,094 child abuse reports received by the Centre for the Investigation of Sexual Offences and Child Abuse (CISOCA) and in 2016, and 77% of those cases reported sexual violence. In 2017, 1,674 children were reported missing, of which 1,311 were girls.

The following year, UN Women reported that according to Jamaica’s first comprehensive national survey on gender-based violence, 1 in 4 women in Jamaica has experienced “intimate partner physical and sexual violence in their lifetime. In November 2020, the first domestic violence shelter in the country opened to the public.

Racism, capitalism, misogynoir, and other discriminatory institutions, continue to confine Black women and girls to corridors of violence by haunting their development and providing excuses for those duty-bearers who fail to address their condition(s).

Ultimately, the social violence facing Black women and girls reveals daunting insights about inequality at the intersections of race, class, and gender, concerning which the Jamaican state provides a mere snapshot. As we observe Sexual Assault Awareness Month, it remains paramount that the violence suffered by Black girls and women in Jamaica, and elsewhere in the Black world remain at the forefront not only of discussion but most importantly, corrective action.

If you or someone you know is experiencing domestic violence, and needs help please call:

Sadiyah Malcolm is a doctoral candidate studying sociology at the University of Michigan. The Philadelphia native is a proud alumna of Howard University. She is the founder of SELaH (Sistas Elevating Learning and Healing).