The rapper was criticized recently when a video surfaced of his mother on a street in Georgia begging for money. But on Thursday his father, Robert Stafford, took to Instagram to say there is more to the story.

“Despite what people say @lilnasx is the greatest kid a parent can be BLESSED with. Although his mom is in a struggle with an addiction she’s STILL a QUEEN and he goes through great lengths to make sure we’re taking (sic) care of,” Stafford posted on a pic of him, Lil Nas X and his mother. 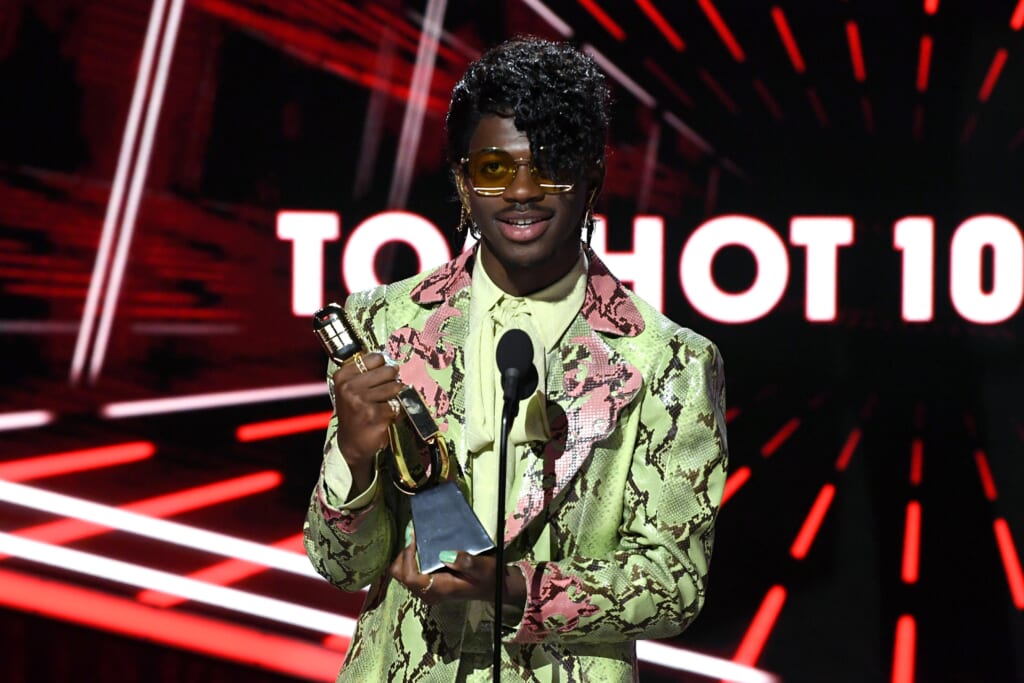 He shares how complicated it is to assist folks with addiction issues.

“Those who have family members and friends dealing with addiction understands that there ain’t enough money you can throw at this situation to make it right. I don't usually address personal issues publicly but felt like this need to be. Please join us in keeping her in your PRAYERS. And to those out there trying to create a false story you wont prosper. #controlthenarrative”

Lil Nas X, whose real name is Montero Lamar Hill, spoke about his strained relationship with his mother in 2020 during an interview.

“I never really talk about my mom. She’s an addict so we don’t have the closest relationship. Even trying to get her better — things didn’t quite work out. But there’s still love. The biggest surprise of becoming globally famous? On the outside, everybody loves you — but on the inside, everything [feels] the same.”

He said even though he was struggling with anxiety due to his recent success he was able to pay to put his mother in rehab though it ultimately proved unsuccessful.

Stafford has been wholly supportive of his son’s success. Although he’s a self-described Christian, the controversy around his son’s “Montero (Call Me By Your Name)” video didn’t faze him.

“Very creative video,” Stafford said to his son in a text message Lil Nas X shared on social media. “I got through it. (laughter emojis). Live life on your terms. Very PROUD of you.”