DYSFUNCTIONAL SITUATIONSHIPS: WHAT MAKES US SETTLE FOR LESS? 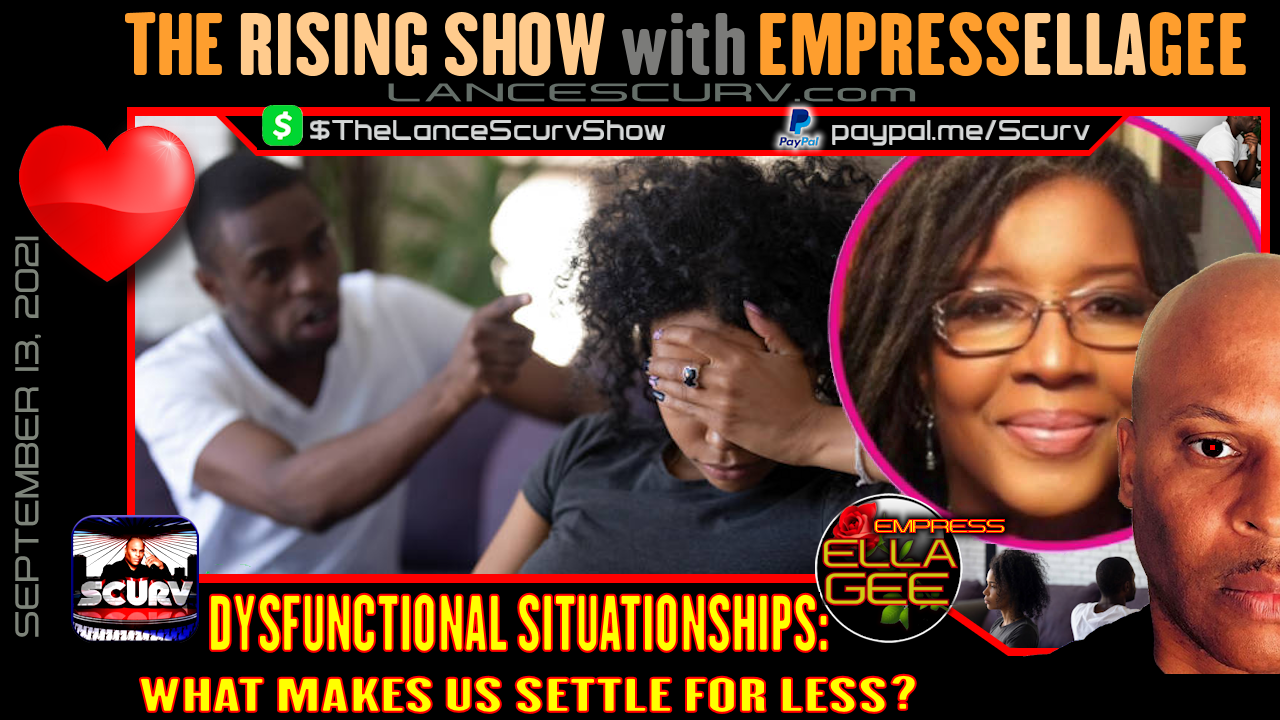 As I began to notice the word "Situationships" surfacing on several social media platforms as a way to describe their status in the same way someone would describe themselves in the category of being single, engaged, married or divorced I knew that as a society that was a reflection of a major issue looming upon us.

To be honest many of us are in the situation of either being in a stable relationship, transitioning out of one or into one for being single

But to accept permanently being in category called a "Situationship" means that you have relegated yourself to a long term way of living that is not satisfying and very much toxic.

This is a definite reflection of how our society has degraded its moral compass. This tells me that we have settled for less like a degraded economy that doesn't have full-time jobs anymore where citizens have to piece together several part-time jobs in order to create a full-time salary.

Once we have embraced this level of decadence it will be very hard for our prior standards of living on a relationship level to go back anywhere near where we were before.

This is not a race specific category but it goes across the board all over the globe, but I feel that those in the so-called developing nations are head and shoulders above others because of our exposure through media and alternative lifestyles to accept this as the norm.

With my thought is on the acceptance as this word as an official category of your relationship status is that since we are nose diving as a society what will it be five or 10 years from now and beyond.

When I watch music videos and other videos on YouTube produced by common content creators it shows by what they produce how far off the moral mark we have gone without noticing the toxicities that we accept.

I'm not blaming one word on every immoral indulgence in our world but just understand that it's a gauge that tells you that way heading to a place that is not good at all.

While I'm not throwing off on anyone at this present time, I can remember a long gone era with the things that we are set as the norm would bring shame not only to us as an individual but to our entire family.

I remember a time in America in the black community that of young lady got pregnant in a young age the family would send that child to another family member in another state to have that child.

Today, although it is a woman's choice the common advice given to that child is to simply have an abortion.

Many of us in today's society surf the Internet and seek out mates based on how good that particular profile page picture may look in the same manner that the victim of a crime will flip through the book full of mugshots before that criminal was identified.

It shouldn't surprise us that we find yourself in this thing called "Situationships" because we choose our mates based on the carnal mind and how fast they arouse us.

But that particular haphazardly created union will only last until one or both of the partners find someone else appealing to their eyes.

This is how we have now the prior category that is been accepted called "FRIENDS WITH BENEFITS!".

While that type of union has been around for ages it was not accepted into the mainstream media until the Internet became popular and sunk into the inner recesses of our subconscious mind.

This is substance of decadence being a desired state of being has an effect on everyone regardless as to your inner conviction not to indulge in these things.

Most will agree with me when I state that we have become conditioned to the constant exposure of all types of decadence to where we are not shocked anymore when we see it not only on the Internet but in the outside world.

While we might not do these things that fact alone of not being shocked when you see things in the street manifesting that would have shot you years or decades before scares me because it still had an effect to chip away at the veneer of decency of everyone who may not approve of such acts.

I hope you enjoy this video discussion and I hope it causes you to think deeper on how the constant bombardment of decadence has affected all of us and how we need to filter out such things from getting into our mind.

My only concern is how our children who do not have the filters to differentiate what is right from wrong and what is immoral and proper.

I would love for you to share your perspectives in the comments section below and understand that your viewpoints do not have to be censored because we must have these conversations well beyond this video.