LanceScurv
Admin
Topic starter
(@admin)
Member
Joined: 12 years ago
By Lucius Gantt
America’s Black communities need their own security forces. Persons currently tasked with protecting and serving African Americans fail miserably time after time after time!
We cannot continue to deny that too many officers hired by law enforcement agencies are card carrying white nationalists and white supremacists.
And, the people we vote for to insure equal treatment by policemen have been pretty much quiet about how our community can put an end to police murder and misconduct.
I know you don’t like for me to opine like this but you tell me, if Black law enforcers get the same training as white officers at the same police academy, why aren’t Black cops murdering white citizens, why aren’t Black lawmen gunning down white children in broad daylight and why aren’t Black cops putting and keeping their knees on the necks of white people accused of a meager misdemeanor?
We need a Black community security force that will deescalate conflicts and confrontations before disagreements get out of hand. We need a Black security force that can peacefully intervene in domestic disputes before violence takes place and we need a Black community security force that can recognize violent racists and supremacists that continue to infiltrate Black groups and peaceful Black protest marches. 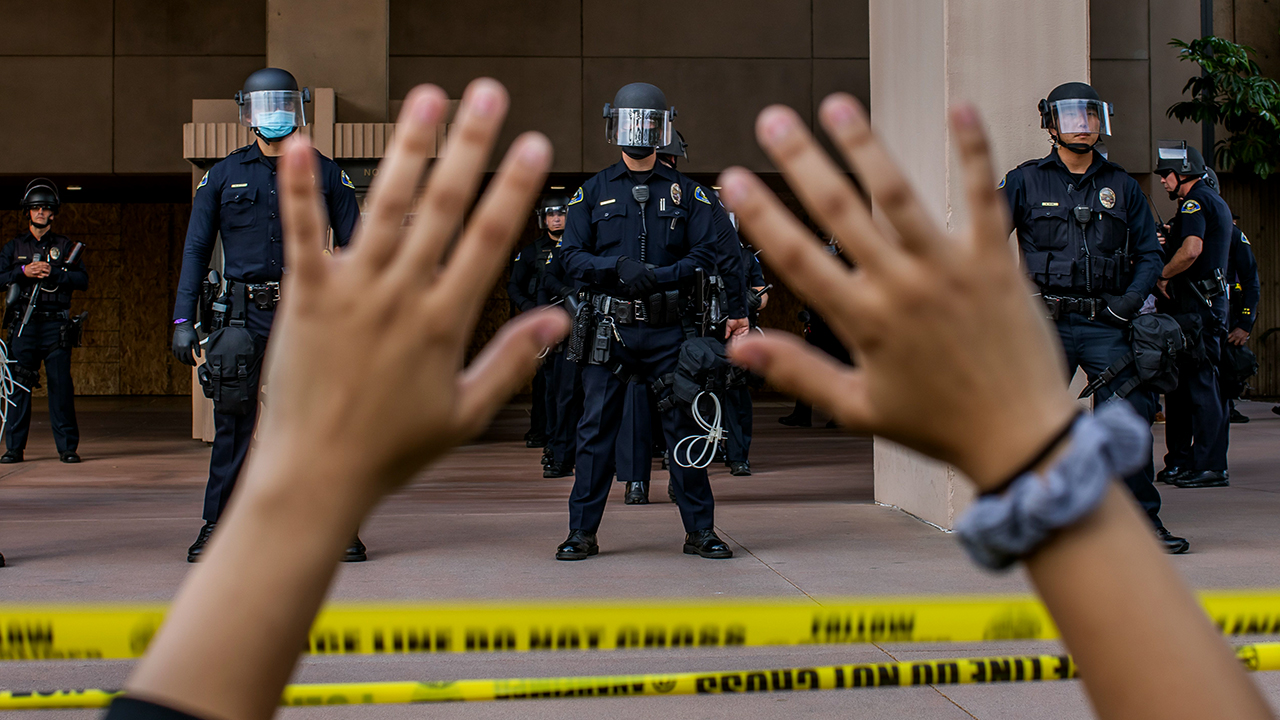 Don’t act like you didn’t see white people trying to break windows at CNN in Atlanta or white people setting fire to a Wendy’s restaurant. Evil people sometimes plan to incite violence at protests and then run away like cowards so Black seniors and Black children attending a march can get blamed.
Don’t act like what I’m writing and suggesting is far fetched. Remember the Black Panther Party for self defense?  Remember the All African Revolutionary Party? You probably don’t know what happened during slave revolts that took place in American to free and protect Blacks in America.
If you don’t believe The Gantt Report, believe the Bible you love and the Biblical figures like Joshua, Samson, David and others that rose up and fought against the oppressors and exploiters back in those days.
Right now, people who intend and choose to murder Black men, women and children should worry about some of today’s religious men and women.
It may be better to have a law abiding, compassionate Black community security force than facing someone whose religion mandates that anyone who wrongfully murders your wife or child must be beheaded!
I just think if we had people that loved us that we could call when we need assistance it would help our community and not hinder it.
Think of Black community security forces as “neighborhood watchmen”.
Murderers say excessive force is/was necessary because the murderer was afraid.
Black men and women live in fear more than any other ethnic group. All of us are afraid of encountering a ku klux klansman with a blue suit and a badge.
At least have Black officers patrol Black neighborhoods.

Latest Post: ARE YOU COMPLETELY DETOXED FOR THAT NEW RELATIONSHIP THAT YOU'RE ABOUT TO DIVE INTO HEAD FIRST? Our newest member: pansylowery783 Recent Posts Unread Posts Tags