If America Looked Deep Into The Mirror, What Would It Really See?

Last night I had the great blessing of catching the Piers Morgan show that had Michael Jackson's mother as the featured guest.

This was quite a treat for me as well as an event that was impeccably timed because I really couldn't tell you the last time that I took the time to pick up my remote control to turn the television on. As a matter of fact, if a guest were to steal the remote from my home I wouldn't even notice that they did until several months afterward and even then it wouldn't be that great of a loss in my eyes.

So I believe it was a rare case of divine intervention when I hit the "on" button and I saw the well preserved still beautiful face of the woman whose offspring would change the face of the music and entertainment world forever! Just imagine how great she must feel knowing this?

So, as I now had a legitimate reason to honestly absorb a television program in a guilt free fashion, so many thoughts raced through my head (When ISN'T my mind racing?) as I soaked in the responses to Mr. Morgan's questions that he levied at her in a gentle yet consistently firm manner. I recall him asking Ms. Jackson if Michael seemed to be a happy person on at least two different occasions in two different ways.

I couldn't fault him for trying to slick in attempting to dig up something interesting to spice the interview and boost his ratings higher, after all this still was the business of television but I am proud to say that he in no way disrespected this Queen of a woman as she always complied in giving Piers a complete explanation to the best of her abilities.

What was revealed to me and was quite a shock was how Michael was an accomplished artist with the pencils and paintbrush. What I saw in the airplane hanger where he kept his art whose location had to be kept secret for the obvious reasons, was simply amazing! It really took me to a place where I could really see even more so the depth of character in this mans heart!

Michael Jackson oozed more talent than most of us will ever manifest in ten lifetimes yet while we had him on this earthly level we never appreciated him as the gift that he was/is until after he was gone!

Yes, some of us knew how special his earthly walk was but allow me to ask about those naysayers who took so much precious time to bash this man without a shred of proof for the nasty things that they accused him of!

And yes I am speaking on the child molestation charges that he beat in court and even more so, was vindicated after death when that young man stepped forward out of guilt and admitted that Michael Jackson NEVER touched him in any inappropriate manner whatsoever!

I'm saying all of this to make a point and actually ask a question - Where are all of the millions of people in the "mainstream" media who slandered Michael Jackson's character as though they were there and knew that he actually molested that young boy whose father put him up to it merely to get money?

Where are these jerks now and how stupid did they feel when they heard the news from that young mans mouth themselves that it was a lie?

I remember being on the many jobs that I have worked on over the years and whenever the subject of Michael Jackson came up in casual conversation the overriding consensus on Michael's character was so terrible as far as they were concerned.

And if the truth be told they went in on his morality even MORE intensely because he was so successful as well as a Black man who beat down so many records in the recording industry and smashed many of Elvis Presley's previously untouched records with ease and they never forgot that. To add fuel to the fire, smashing Elvis's records wasn't the ONLY thing that was getting beat down because behind closed doors the certain segments of the public was outraged when Michael married Elvis Presley's daughter! LOL!

The media made a circus out of Michael's life like the blood sucking leeches that they are and I don't even see ONE person stepping forward to apologize for the pain and frustration that they help to bring to Michael Jackson's heart for no other reason than following the crowd in making a great story to sell to the masses. And sell to the masses they did as the public ate the lies up and ran with it in full force!

They spoke on how broke he was and how eccentric he became, yet, that same media machine never questioned one of their greats in the form of an Andy Warhol who to me was one of the most bizarre looking individuals who was love so much by the media and Hollywood jet set.

But let me ask you this, if YOU were in the public eye as a performer in the spotlight constantly for 45 of your 50 years on this earth and NEVER experienced a relatively normal childhood, wouldn't THAT affect you to the point where you would be a little "different" than most who never knew what it was like to walk in your shoes?

Michael Jackson gave so much of himself to the world so freely that he never really had himself TO himself in those developmental years that most of us had growing up so how dare WE call him strange and abnormal when that in fact was the by-product of him sacrificing HIS life for OUR entertainment and enjoyment? Were those traits hurting anyone? NO! So shut the hell up!

But those who write the stories oftentimes mold the thinking of the gullible masses of Americans who are too damn lazy to think for themselves and believe every stupid thing that they read in print without questioning its validity.

As Mrs. jackson spoke to the world in such a stately, royal and Queen-like manner on the Piers Morgan show, I can see where Michael gained his sense of decency and love for humanity. The fruit never falls too far from the tree and that was quite evident as she spoke with such fondness of the memories she had with her son as he grew up into that once in a lifetime icon that will surely transcend the foolishness of this time and be remembered long after those who have slandered him have perished from their miniscule insignificant hellbound lives.

This to me is the sweetest revenge for Michael Jackson, that HE will be remembered so much more kindly in history than the people did who actually had a chance to enjoy and cherish what he brought to us as a gift directly from God Himself!

But this is America and Americans are the most backward set of people when it comes to appreciating something so divine in their midst. While they are so quick to call us animals and low-lives as Black people in their various media propaganda platforms, it is THEY who have this reputation worldwide as the entire planet knows the real deal about the inner struggles of the United States and the hypocrisy of the people in charge and the powers that be.

The same incredible media technology that has been used to smear such a great man in Michael Jackson is now being used to expose America to the world and as the truth comes out about her dirty hand in the worlds affairs internationally, anything that they have said negatively about a man who merely wanted to show love to the world through his gifts have now been been reduced to nothingness.

If American culture would only take heed to Michael's song "Man In The Mirror" and take responsibility for all of the wicked things that they have done ever they stole this land from the natives who were already here and hijacked a people for the free labor that they used to build this place into what used to be the greatest nation on earth, then maybe it will return back to its previous position as the top nation in the world not only in productivity, but with the respect and admiration that they once had in abundance before the greed by any means necessary became the overwhelming credo and mission statement that brought her down to her knees and possibly on her way out!

Greater empires have fallen and I am quite sure the cycle will repeat itself once again and as far as I am concerned until this nation repents for its spiritual wickedness it is a sure bet that we are witnessing right now the downward spiral of the most arrogant regime in the history of mankind!

Michael Jackson? Yes! He reflected the love of Jesus to a nation that beat him down in every possible manner in which they could, slandered him, rejected him, falsely accused him, and in the end.......KILLED HIM!

Am I afraid to say such things in such a public manner? HELL NO! It will take more of us who are not afraid who will stand up boldly and snatch the sword of social media out of the hands of the oppressor and behead him righteously without a moment of pause or doubt. Revolutions start first in the mind and as long as we are on Facebook as grown men and women playing these damn childish games like Mafia Wars and Farmville, our communities will go to hell as our children are being killed wholesale in the streets and misinformed and dumbed-down in these schools of indoctrination. 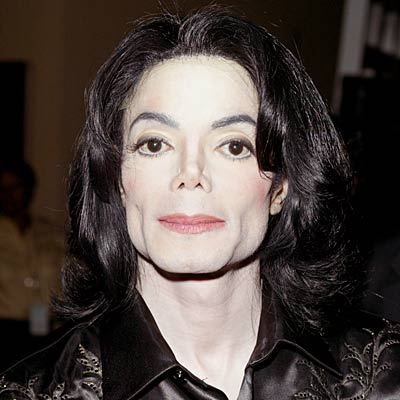 The next Michael Jackson just might be here already but somewhere hungry and in need of help from us but we need to come together as a people and stand up for what is right because THAT particular kid may not be as blessed to have a Mother such as Michael did growing up.

We really need to watch how we take care of our gifts because after a while, God Himself just might stop blessing US with those gifts and easily bless someone else with them as they will appreciate them so much better!

America can YOU look yourself in the mirror? If so what will YOU see and what are prepared to do about it once you see how much blood is on your hands?

Rest In Peace Michael. Your great walk has been chronicled and NO amount of slander can take away what we saw and experienced to be such a beautiful soul bar NONE!

man in the mirror