While no one condones violence of any sort here, I want you all to take a look at how a real fist fight should be executed. I'm saying this because many of these young tough guys out here who carry guns wouldn't be so tough when it comes to putting their hands up to defend themselves.

While this is a video capturing what is considered an illegal fight with prize money to be won by the winner, look at how they ended it and how they were civil and gracious to each other afterward.

It was a beautiful thing and a textbook example of how it should be done. No fighting between the entourage of the fighters and nothing but respect and a request for a rematch at a later date. If we did it this way in the present time, more of our youth would be alive and well to fight and live another day!

Back in my teen years seemed to be the last era when men honored the code of fighting clean and accepted the results no matter if they won or lost. There was no such thing as losing a fight and then afterward grabbing a gun to kill off the person who defeated you in a match of the fists. That in itself would have been considered a punk move to the bone.

First of all, when two real men who have differences step outside to settle them there are no losers in the end. Yes, someone will eventually dominate the other in a physical sense, but the spirits of both will stand tall because they both knew that they gave their all!

Another aspect of the old school way of fighting it out was the respect given even when both men are trying to take each others heads off. What I mean by that is that when one gives the word that they've had enough and concedes and admits to their opponent being the victor, the brawl is over and even if both men are sporting the wounds of war, they will shake hands on it and move on respectfully.

This is the way it should be done. When we grasped this concept we were quicker to understand respect for others even more so because who really wanted to get their mouth busted open in front of a crowd especially in the presence of many beautiful women? LOL!

So instead of packing a gun, you made sure to keep yourself physically fit because you body was your best weapon!

These days we have so many out of shape young men who want to be tough yet couldn't run a short dash without gasping for air as though they are going to pass out. Yet all they have to strike fear in someone to gain a false shallow type of respect is to brandish a gun. So as a warning to those who do keep themselves fit and invest in their health, be very careful because you will have many who will still be intimidated by your physical development and will look for excuses to use their weapon on you because of their deep rooted insecurities.

There used to be an instant respect between real men as they never wanted the other man to misconstrue anything that was done in each others presence. No one really wanted to fight because of the more preferred method of talking any differences out. Guns were not even on the scale of consideration and most gatherings and house parties moved along so smoothly with any instances of a dispute settled discreetly without even those in attendance never really finding out until days afterward.

Now don't take it that I'm trying to convey that there wasn't any gun violence and killing going on in those youthful golden years of growing up, there was plenty of it! But it wasn't nowhere NEAR on the consistent activity of the present day and our youth back in those days weren't as involved in it as they are today!

Sure, you can point out to the different periods in recent history for example in Chicago, New York, Detroit and beyond back in the 1960's and 70's when the gangs were growing and Heroin took control of the streets! Yes, there was senseless killings committed in unheard of numbers but this was because of a certain set of circumstances but when all things across the board were tame, this kind of thing just did not happen!

But today's climate is something that we once would have thought could only have been possible in a movie! Young boys barely into their teens smoking dope and armed to the teeth with assault weapons and an attitude that makes it so easy to kill another with the slightest perceived "diss" to their character.

Murder, robbery and rape are the norm and these entities who haven't the slightest clue as to what being a man is all about because they constantly suck from the nipple of a television that lies to them about what reality is truly about. Our children have become the predators in our own communities and are terrorizing our quality of life in-house and this really shows us that something is definitely missing that's crucial in our lives.

While any situation can turn itself around, I find myself at my age wondering if it could ever do so in my lifetime. I reminisce back on the days when men held doors open for women without the hidden agenda of getting between her legs and when all Elders were addressed as Mister or Miss regardless of there social status or financial accomplishments. 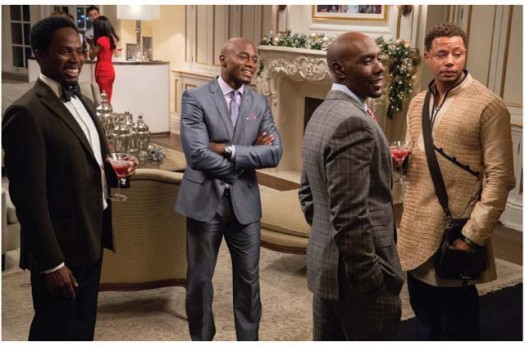 Life is truly a blessing and I want to remember the days where we could settle our disputes with a fist fight to shake hands afterward and move on with living. No knives or guns, just plain old respect after the blows were thrown.

But how can many of us expect our youth to act like real mean when we aren't being the examples of what they should be in the first place. The world is watching and we need to begin to project what we want reflected back on us and at the world.

Life is what you make it and someone has fumbled the ball indeed. Let's go back to the days of civility, our very existence depends on it!

This content is available exclusively to members of The LanceScurv Show Patreon at $1.00 or more.