Two current and one retired New York City police officers were charged Tuesday in a nine-count indictment for taking bribes and selling personal information from car accident victims. One is also facing drug and weapon charges.

NYPD officers Heather Busch, 34, of Massapequa; Robert Hassett, 36, of Farmingville; and retired officer Robert Smith, 44, of Plainview, were arrested this week for crimes committed during a time when they were all assigned to the 105th Precinct in Queens, officials said. When Smith retired in March 2020, he allegedly took up the career of heroin smuggler for an unnamed criminal organization, New York Times reports.

According to the report, Smith appears to be the ringleader of a years-long bribery scheme involving an unnamed tow truck company that he called to crash scenes, bypassing the NYPD’s system for assigning tow trucks. Smith is said to have recruited Busch and Hassett in his crimes, and they worked the system to pocket thousands of dollars in cash payments that they stashed and funneled through a shared locked mailbox, authorities said. 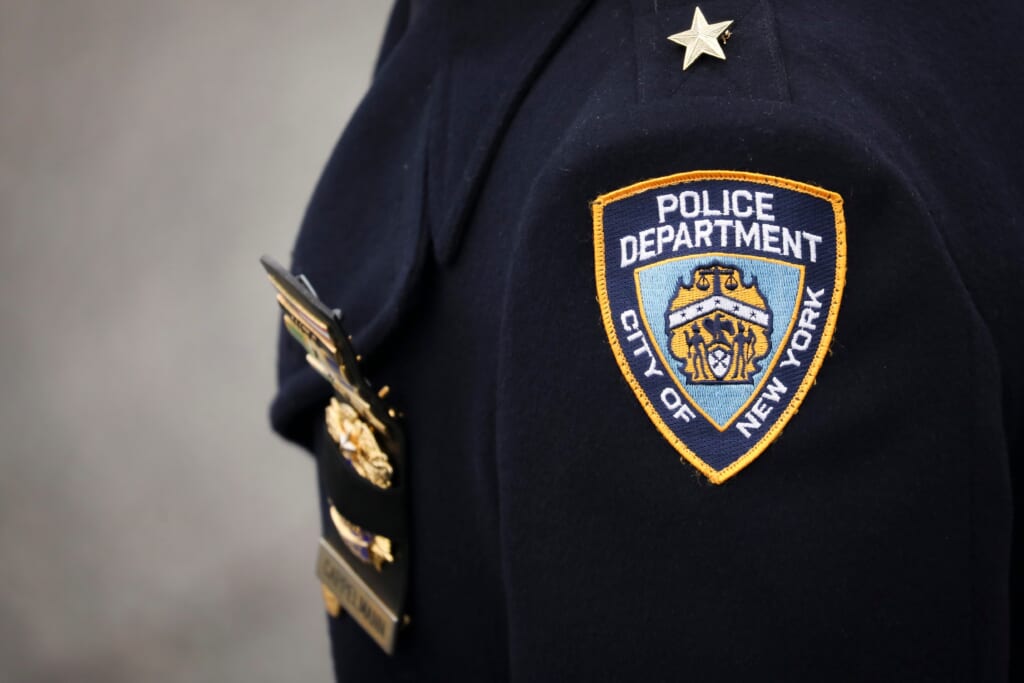 The officers also used the department databases to identify car crash victims, whose names they sold to physical therapy offices and personal injury attorneys, according to court documents. During the investigation into Smith’s criminal enterprise, investigators obtained text messages showing he bragged about taking bribes and engaging in shakedowns. He also used racial slurs in the messages and referred to the Ku Klux Klan.

“Bro I robbed everyone,” he said in one text message, according to the report.

Smith allegedly arranged for Busch and Hassett to continue the scheming after his retirement. In another text message, he said his “real” self would be revealed after he retired, writing: “I even shaved my head. Klan.”

After leaving the department, Smith hit up one of his unnamed handlers and offered to use his status as a cop to help traffic illegal narcotics across the city and state. According to the report, last summer, he transported a kilogram of heroin from Uniondale, N.Y., to Queens in exchange for $1,200.

The government’s evidence against Smith included video and audio recordings of discussions with his primary contact at the tow truck company that he was conspiring with. During one conversation, Smith said he would shoot an individual suspected of being a “rat.”

In other recordings, he referred to himself as “one of the most corrupt cops” in the 105th Precinct. Smith also bragged that he would not be jailed for his crimes due to his career in law enforcement.

On Tuesday, Smith pleaded not guilty to all charges. If convicted, he faces up to life in prison. Hassett and Busch have each been charged with one count of bribery and face up to five years in prison.

Police Commissioner Dermot F. Shea said in a statement: “There is zero tolerance in the N.Y.P.D. for corruption of any kind.”

Federal prosecutors in Brooklyn have asked a judge to keep Smith jailed to prevent him from intimidating potential witnesses from testifying.

“Given his position as an N.Y.P.D. officer, his actions constitute an especially jarring disregard for public safety, dereliction of his duty, and affront to the rule of law,” prosecutors wrote.