LanceScurv
Admin
Topic starter
(@admin)
Member
Joined: 12 years ago
I understand Kamala Harris’ father is still alive, well, and in the United States. If so, why didn’t he attend his daughter’s inauguration as Vice President? 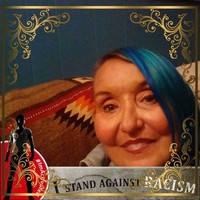 Kamala Harris’s father, noted Stanford University Professor Emeritus of Economics, Dr Donald Harris, is 82 years old. Dr Harris and his daughter, Kamala, have had a relationship that has been described as “complicated”.

He lives close to Kamala, and recent reports claim they're on "good terms," but she's made comments that suggest that she was closer to her late mother. It sounds like they have an important, but complicated relationship….

He was deemed a "Marxist" scholar by The Stanford Daily, indicating that "there was some opposition to granting him tenure because he was 'too charismatic, a pied piper leading students astray from neo-Classical economics.'" Nevertheless, he was the first Black person to receive tenure in Stanford’s economics department, and people who knew him say they can see his tenacity and spirited argumentation in his daughter's political debates. Donald Harris, Kamala Harris's Dad, Is a Renowned Stanford Professor

Kamala Harris has written about her relationship with her parents in her autobiography The Truths We Hold: An American Journey, released in 2019.

Donald Harris is 82 years old. One might as easily assume that at his age and being healthy, he decided to forego the Inauguration because there’s this, like…what’s the word?…Yeah! Pandemic happening now that makes it advisable to not travel by air to engage with lots of people, especially for people his age. One might further assume that Dr Harris, being the healthy man he is, would prefer to stay that way.

EDIT: I support Kamala Harris. Nothing in what I have written should be be taken to say that I disapprove of Harris. I am tired of my article being shared by right-wing nut jobs who say things such as this:

There reason is because she is a phoney fraud. Far left radical and supports extremists. She should be tried and put in jail

I wish that this were not the only example of someone sharing this piece and trying to use it to say exactly the opposite of what I’ve written. It’s not.

Adding comments to an article that says exactly the opposite of what I have written is intellectually fraudulent and dishonest. DO NOT SHARE.