I’ve lived by this personal credo for several years now and I have to say it WORKS!

I used to be one who would battle any situation head on until I realize that there was a smarter way. I also noticed that I was always that one who was the target of someone elses aggressions and could never figure it out! 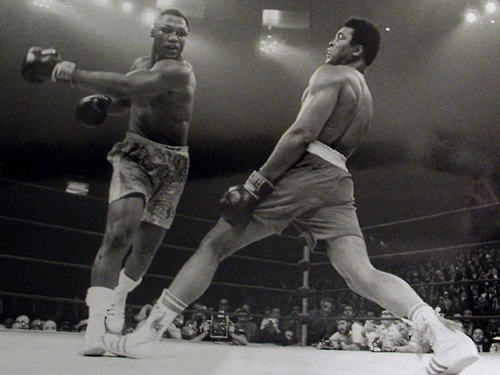 I mean, and this is personal now, I could be in a completely different sphere where the individuals who chose to engage me in their negativity had absolutely NO connection to those in the previous scenario but it appeared to be the same mindset.

This really baffled me until I realized that this is what spiritual warfare is all about.

Now at this point in my blogging efforts I am not going to sit up here and try to convince you that the spiritual realm even exists or attempt to explain the position from which I speak.

If you’ve previously digested any of my more righteous offerings then you won’t have a problem understanding where I’m coming from but if you haven’t a clue then you are on your own.

I’m not going to hold up the entire class merely because you’ve goofed off at home when you should have been studying and meditating over your life to bring about a deeper awarenesss. So just go on and click on another blog where I’m talking about booty or someone cheating on their mate and come back later when you have it together.

But to get back to the point I had this epiphany where I understood somehow that the negative entities in the spirit realm could move freely WITH me throughout my day and stimulate those who are around me at any given time to give me a hard time morte so when my mission is one of positivity as it is 99.99% of the time.

But the devil has to set up shop to get you and I have kept myself so busy and elusive that you are not going to have the time to even mount an attack on my mind, body and spirit because by the time you know how you are going to attack I’m GONE!

It’s that simple! Where the negativity out with your pursuit of the positive!

Have you ever driven you vehicle and noticed that there was a bug hanging on for dear life on the windshield? Didn’t that make the kid in you simply speed up to see how long the bug could hold on while the wind battered his body to the point of him letting go? 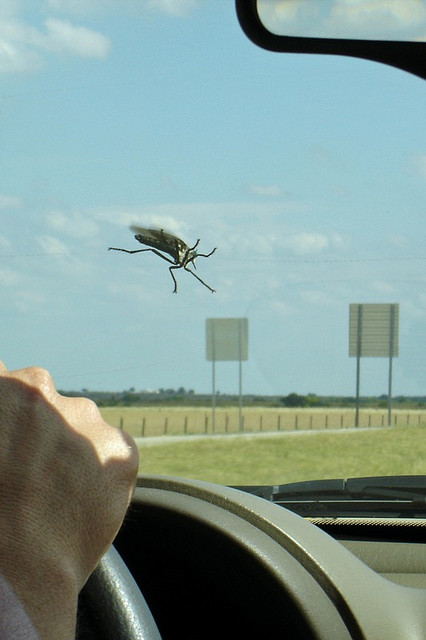 Well this is what you have to do to the people who are open vessels to be used for the evil purposes on your life. You move so fast and unpredictable throughout the universe that they would be too bedazzled to follow you around because they do not possess the drive and positivity that you do!

Positivity is a natural narcotic. It numbs all types of pains and makes you oblivious to seeing the glass half empty. It makes you know that the impossible is possible and it tells you all day everyday that today is going to be your BEST day!

Positivity is that special intangible that tells you that unlike the others who depend on the lottery for their breakthrough that you DON’T NEED the lottery because you were BORN to be your winning ticket! You are your own lottery and the winning numbers are deeply embedded within your very DNA just waiting to take you to another level to change your life positively with every beautiful breath of life that you take!

So to protect yourself from the negative aftertaste of someone elses hate sauteed spirit, keep your moving or even thinking toward a new attainable goal! you MUST not get up out of your bed when you awaken if you do not know what it is that you intend to do for that day after your feet hit the ground.

When you know what your personal mission is, you can’t WAIT to attack your day but know that while you have your plans, satan has his. And satan’s plans are to thwart yours and cause them to burn up into nothingness while you sit discouraged, defeated and beaten and transformed into another naysaying empty vessel for him to use to kill the dreams of another.

When you see, hear, touch, taste or smell any type of negativity in your path you have to RUN!

I see some gossipy coworkers walking toward me and I will turn around and run from them and I am quite sure some of them are agreeing as they read this article because many are some of my biggest fans from a distance…….and that’s ALL it could be – FROM A DISTANCE!

You see, NOTHING can touch you if you continue to keep on the move and keep your mouth shut.

In keeping with preserving your positive flow, you must protect your mind. If you can control what you think then that is most of the battle. You have to understand that so many things are competing for your mental energies and will be happy to siphon even a little of it because it’s a free ride. But think of it, if you feel that the smaller energy leaks are something that may be nothing to worry about in the overall scheme of things, remember that to have multiple leaks will sink your ship and YOU will be clueless as to what it actually was that did it because the small cracks in your armor you just don’t seem to feel right away!

Have you ever as a kid seen that worm on the sidewalk being taking down by what appears to be a million ants? 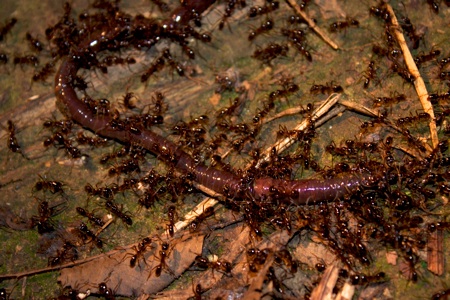 Well, collectively YOU have to avoid being that worm because you just might have countless people in your path who are those killer ants. The thing is with them is that they do not feast on each other because negative energy repulses them, they have to feast on your positive energy and the more you possess, the greater and tastier the meal of YOU has become!

Have I contradicted myself? No! I said earlier that one should keep themselves moving to avoid all negativity and I won’t ever change my stance on that. But you have to know that many who have a death wish on your plans will come to you in a pleasant manner overtime in order to help you drop your guard. These are the worst and are even harder to detect. But you have to know that these entities will wait for what appears to be an eternity in order to strike their death blow on your life. Not your physical life – and sometimes they have been known to actually kill a person – but on your positivity and ambition, the things that your life force get aroused by.

So like that farmer who feeds his cattle so that the meat is juicier and more robust, that Trojan horse of a grafted friend will even boost you up with a fraudulent positivity to get your spiritual “meat” fattened so that their eventual meal of YOU will be the most delicious by far. So keep all energies in your midst at bay and force them to EARN your time.

Those were a few of my ever evolving thoughts on how to maintain the gratifying upswing in your life and it is a never ending art to learning how to deal with these energies that resemble computer viruses but attack YOUR internal system and seek to shut you down like an infected computer.

Be careful, remember that your energy has value to the emotional vampires in your world and to keep them guessing and most of…….KEEP IT MOVING!

keep the devil on the run as YOU run toward your ultimate life! Nothing can stop you from reaching it if you don’t let it and this article is a good headstart!

Your Swift Moving Hard To Pin Down Brother,