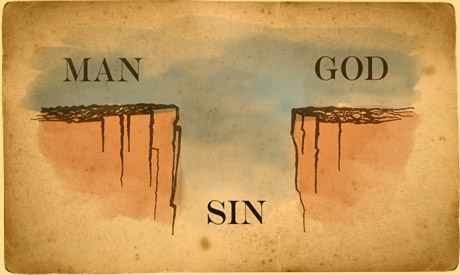 Gino Soccio – Try It Out

We are THE most brilliant of ALL God’s creations bar NONE, yet TOO  many of us who know better fail to represent His divine majesty each  and every time as though we have no damn sense! Do NOT claim HIM until  you are prepared to REPRESENT HIM 24/7 in your walk with TOTAL OBEDIENCE to HIS WILL !!!!!!

That being said, with these spectacular  five senses that we have been  blessed to have at our disposal in our earthly walk, why does it seem  like we have no sense at all? God didn’t fail you, YOU failed to apply  and connect yourself that was already laid out in abundance for you  already!

If dinner was cooked for you and left out for you so you would have something good and nutritious to consume upon your arrival home, you just can’t get angry if you are hungry because you chose to take a detour and go to the titty bar instead of taking your lust filled backside home! Your loyal and supportive wife did HER PART so you have no one to blame if you didn’t do YOUR part!

This is why I hate it when I hear people sincerely ask why God has done “this” to them or done “that” to them! He didn’t do ANYTHING except love you and give you the instructions to live an abundant life! Yes, things WILL transpire in our lives that we may not be able to explain at the time and travesties will come to those who obviously never did anything to deserve it but TOO MANY TIMES we bring down bad things on ourselves that are just unnecessary and completely avoidable!

Obedience to Gods laws is the only foolproof method to having the legal right to the peace of mind that only HE can give! It’s just like getting pulled over by the police, when you know that your paperwork is severely jacked up you get a terrible feeling in your gut just as SOON as you see those flashing lights in the rear view mirror!

I for one know this feeling well because there have been numerous times when I have taken the chance driving a car with absolutely NO registration and NO insurance to transport a vehicle from point A to point B from a friends house or some other unmentionable situation. LOL! “Just slap my father’s old plates on the car and I will get down to the Tag joint tomorrow!”  I wanted to drive that car so bad and get it home after I purchased it used because it was just TOO LONG of a wait to get the insurance, registration and plates in only ONE MORE DAY!

Now my decision to be disobedient to the law may have gotten me in deeper trouble than I could have ever imagined! I could have been locked up! Thank God THAT didn’t happen……

As we get older and learn to control our inner impulses to rebel, we often find ourselves thinking back on those “fork in the road” time periods in our lives where we say to ourselves: “Dang! If I had only taken time and made the right decision, I would have had a completely different life than what I am in right now!” How many of us have spoken that to ourselves in our deepest thoughts?

Men do it all the time whether they admit it or not. “If I didn’t cheat on my wife back in the day I would still be with her now but it’s too late, if I ever find a good woman again I would NEVER do the things that I did in my first marriage!”

Ladies! You do it too, but in a slightly different way than men. Woman, from my experience tend to take the blame for many situations gone bad even if it is obvious that it was NOT their fault, they STILL seem to think they could have had a hand in creating a different outcome: “I know I did the right thing after catching him cheating on me with all of those strange women, but maybe if I didn’t try to do so much in attempting to hold down a full time job, a part time job and a few classes during the week to try to get my Masters Degree, I might have been able to have spent more time and hence stop his desire to stray…….

Stop taking the weight for someone else’s transgression of the law and blatant disregard for the honor and respect of being in a great relationship with you! And while we are speaking on relationships right now as an example of disobedience, do know that it could be in ANY situation to where breaking the laws of obedience brings severe consequences. When will we ever learn?

Whether it’s stealing something that “doesn’t cost much” from the corner store just because. Whether it’s that juicy gossip that we find so deliciously irresistible.Whether it’s having sex (And by this I mean ALL forms of sex, ANYTHING that makes you “cum” with someone else is sex in my book! So don’t try to twist the definition around and skirt around the point! I don’t care if you “came” on somebodies knee or up in their armpits!) before marriage. Whether it’s wishing you drove your neighbors car or lusting after his wife! Whether if it’s telling a little innocent “lie” on someone to make yourself look good…….no matter WHAT, there ARE consequences and it is NOT right!

Just think of ALL of the drama we could have avoided if we had just walked the straight and narrow and done it right the first time! I am quite sure that you will agree that for most of us, we would have been a whole lot better off! And for those who may NOT have those slight regrets or thoughts of what if, at least you may have not wasted some precious time that could have been utilized for something else of value in your life.

I myself have “given” so much of my time to others and relationships that I have calculated that I would have had a few properties that were paid for, highly lettered in some area of expertise and without the concerns/issues that I have had to endure in my life to this present day.

And although we can’t turn back the hands of time to change anything, we can at least utilize the hard earned wisdom that we DO have to advise those youth who WANT to listen, at least that maybe is the only good that can come out of our own life of disobedience………..

But always remember, as long as there is a God above, then it’s NEVER too late to straighten our lives out!

GET THE FREE LANCESCURV APP!

The Biggest & Best Mug On The Planet!

THE ART OF LANCESCURV

YOU DON’T WANT TO MISS THIS EPISODE OF THE LANCESCURV SHOW with dynamic guest ZAMAL TAMA-RE!
#lancescurv …

In Ghana I’m going to tear this statue DOWN VERY SOON! #ghana #raciststatue …

LOVE BUGS DON’T HAVE A WORRY IN THE WORLD! #lancescurv #thelancescurvshow #insects #nature …

THE FULL VIDEO OFF BROTHER KWAKU CAN BE FOUND EXCLUSIVELY ON YOUTUBE ON THE “LANCESCURV” CHANNEL! #brotherkwaku #lancescurv …

ARE BLACK PEOPLE TOO SELF HATING TO EVER UNIFY? – The LanceScurv Show -> https://youtu.be/m7IOu6GzyLE #selfhate #skinbleaching #mentalillness #lancescurv …

So many items have flown off of the shelves because of the Coronavirus scare. I could imagine how many people who never even THOUGHT about taking care of themselves believe that all of a sudden that by gouging down healthy substances that they can literally wipe away a lifetime of the unhealthy practices that will set one up for sickness whether there was a Coronavirus around or NOT! Good health has to be earned and never came in a pill!
#coronavirus #goodhealth #LanceScurv #GrandpaSecret #Pandemic #Vegan …

57 YEARS OLD IN 3 WEEKS/ SO MANY WHO RAN WITH ME BACK IN THE DAY ARE GONE. I GIVE THANKS. Now I must represent ALL who have invested in me as the baton has been passed. I have no time to waste while in the relentless pursuit of my righteous mission…… …