There are to many of us who are disconnected from our true inner selves. At some point in time in this world we have lost that spark because we have come out of who we really were.

This world will make you feel as though what your are on all levels is just not good enough. Therefore you end up attempting to always qualify yourself to an unseen panel of judges that just do not exist.

Those of us who are truly successful have learned the game a long time ago and refuse to play it because it is just one big waste of time.

Who cares what kind of car that you drive? And why did you park your old dented up sixteen year old hooptie two blocks away from the restaurant where you and your friends agreed to meet up for dinner? It’s because you are caught up in the illusion of status of this world and it is robbing you of the true sweetness of life.

Who cares if you have a few pounds around the waistline and you don’t have a body like a fashion model? While you should be concerned about your health and try to improve yourself physically to live a better life, your self esteem should not be tied into something that doesn’t reflect who you are on the total grand scale of things.

I mean, I know plenty of so called gorgeous women who are the most repulsive beings on the face of this earth so PLEASE don’t beat yourself down as a woman because of their physical standards. It just might be a standard that you would be turned off to when you realize how much cocaine they had to snort to stay that way!

Whatever you are internally as far as the attributes that came with you from birth out of the box, know that they came complete where all you had to do was “just add life.”

You don’t have to qualify! God made you great just how you are!

That being said, I am seeing too many people who retroactively feel that after a certain point in their lives that they are through…….they feel as though their shot at their personal best is behind them and this is just not true.

As long as you have strength and breath you should feel as though you have newer worlds to conquer and higher peaks to attain. I am just too busy to sit back and live in the past because I am too caught up in the present going after my future!  Don’t get me wrong, my past anchors me and gives me lessons on where and how to tread into the unknown territory of what we call tomorrow, but if you’ve lived a little bit of this thing called life you will know that certain things will always be as principles never die. Certain things in this life will always hold true whether it was yesterday, today or tomorrow. Realizing this has been one of the amenities of getting older and wiser.

But there are those that will seem to be in a silent opposition to you because unlike you, they have given up and your continuous drive to elevate and improve upsets them because it reveals to them that they have fallen off and really don’t want to get up.

They will come alive more so than to revive their own failed cause to come at you negatively with their rhetoric to convince you that you really don’t need to watch what you eat or take up those classes at night school because it won’t make a difference.

I avoid people like that with a passion! I can’t help it but I just can’t stomach those types too long!

As a bus driver you will run into these types and they will fully take advantage of the opportunity to annoy the captive audience that I am because I am stuck right there in that little seat and guaranteed to come around everyday on schedule at the same time!

And since the word is out on me as far as one who has created a niche existence in the cyber world and am happily enjoying the positive benefits from it, it is like these negative types come out of their house on purpose just to ride my bus and “ride my ass” to drop their very negative energy on me.

Many of these negative lightning rods are actually much younger than me! Would you believe that? Age is truly a state of mind and I don’t plan on being old and defeated ANY time soon no matter what obstacles I may be facing in this world! I don’t mind facing obstacles because they actually get my juices flowing and that makes me feel alive, I don’t run away from the fight, I run right into the epicenter of it! It’s the only way to feel alive as far as I am concerned. 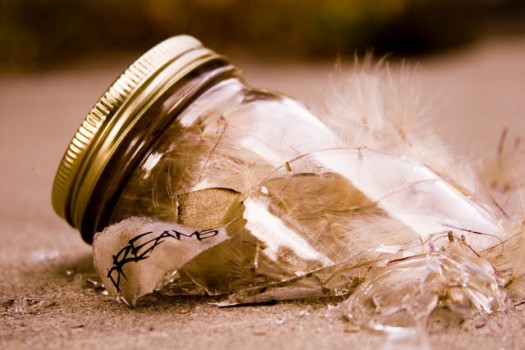 I just don’t have the time to look for someone positive in order to attempt to make them saute their dreams in my stew of past failures. A failure is only a failure if you don’t get back up from the setback and comeback!

Another aspect of what I believe in personally is that whatever one puts in their mind is what comes out into an eventual reality. These guys who sound like a broken record with the negative war stories in their life are cementing that same exact reality for their futures. No matter what you are going through you must focus on the realities that are not here yet.

Know that you must look at a painful present as though it is a movie of someone else’s existence because it really can’t last forever. The first and foremost thing that one must do when in a damaged present is to always preserve yourself.

Self preservation is the key because if you allow yourself to catch any permanent scars from a bad passing phase in your life, they will be there in full bloom for the subsequent levels that may be far better than what you have had to go through in the past.

In my book there is no such thing as a broken dream, only a person who has given up the fight to keep that dream alive.

So no matter what you have to give up in this world always remember that you should never give up your dreams! Your dreams and aspirations are the essence of what makes you tick and should never be compromised in this life, or in a relationship or with a family member.

You have the cosmic right to go after your dreams and if anyone attempts to stop you from moving forward on them then you know that you will eventually part with this negative energy and repalce it with someone better.

This was just a ramble and a few words of advice spinkled with some wisdom but never the less it was something put on my heart to share with someone who needed to hear it. I hope it reache the intended reader.