But then again, many of his highly impressionable fans don’t either. Not all. But some.

As a matter of fact, the thinking of today’s youth and the pseudo culture that they seem to think is the epitome of expression can sometimes be downright gutter and degrading without the chief practitioners having a clue as to how dumb they really look.

In the entertainment world and society at large below a certain age range everything these days seems to be backwards.

Men are no longer men.

Women are no longer women.

You can’t tell the difference between the sexes at times.

To be smart is to be viewed as dumb and uncool by your peers.

To be dumb is in high demand and when you exude stupidity your popularity will soar to immeasurable heights.

Yes, this is a counter world that I live in when I think of how I THOUGHT it would be, the trajectory of society is definitely way off course and the younger folks don’t even seem to care.

Our entertainers can’t fully take the blame because the issues in our world are multifaceted and entangled so badly.

But in a sense the present stars are in a position of great influence and can mold the mind of one who has a temporary identity problem into one who has life long issues.

The sad thing is that most of the time those issues could have been dealt with if the impressionable youngster didn’t look up to that glorified celebrity who we already know is a damn fool. 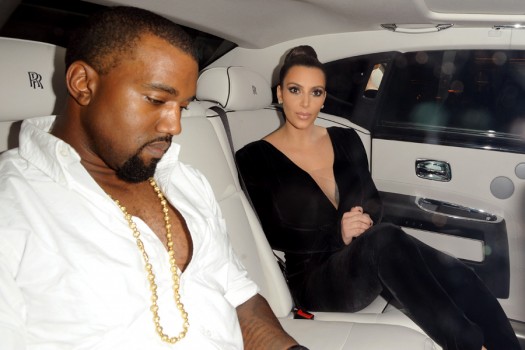 So in the case of Kanye West’s latest guest spot on a recent song called “I Won” by a rapper named Future, Kanye says how “every time he scores it’s like the Superbowl” obvious referring to Kim Kardashian, you have to ask yourself, “what in the heck did he think he won?”

Here are some of the lyrics to his brief cameo in the song:

I mean, in actuality, he’s the last man standing knee deep in the free Kim Kardashian sperm soaked sex giveaway in the long line of interchangeable Hollywood entities, rappers and sport celebrities who were elated to have ejaculated on, in and over her for that orgasmic feeling of manly stress relief!

That’s what I meant when I said that in today’s culture everything seems to be backwards.

Kanye, Who brags about this kind of stuff?

But this is the type he gravitates toward and your memory doesn’t have to be too long to remember his very public mating rituals with former girlfriend Amber Rose. 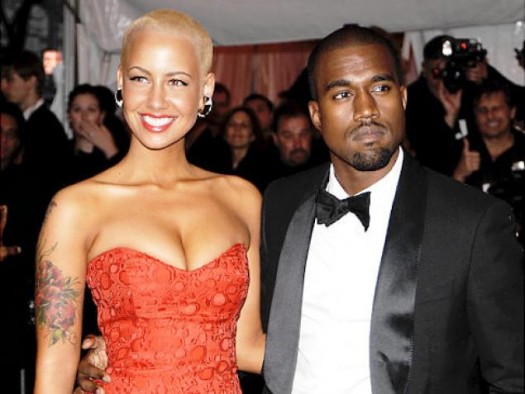 So he definitely has some kind of esteem issue, not because of the women that he has been head over heels with known and unknown in the past, but because he loves to carry on with his antics in such a public way.

Sure, he’s very famous and visible so anything that he does will most likely be caught on someone’s smartphone, but he seems to love this type of attention as though he has something to prove – mainly to himself.

He probably also feels that she is a prize in some sick way over a human being who has feelings, attributes and a great character that will stand tall after her body eventually ages and beauty fades. 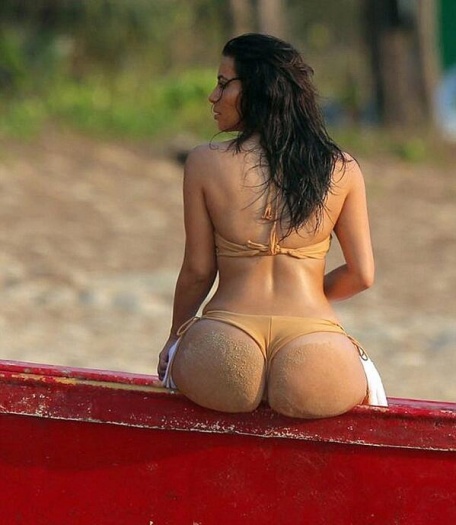 She’s his private piece of ass and will one day self destruct or damn near kill somebody when someone else attempts to go near “it” or looks at “it.”

It’s sad, because when the other celebrities took their pleasure and ran – because they probably saw that she was a gold digger – Kanye got caught all up in it and fell victim to a viper of a woman infested with sex demons and determined to get her money with an ass that to these fools was worth it’s weight in gold! 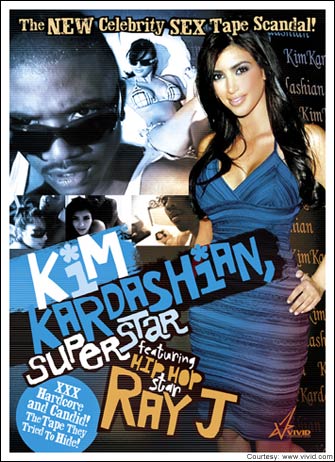 “I want to part my ass ’cause these fools think it’s gold, I want to share my ass until I have riches untold. I made it with countless men over Hollywood, Hip Hop the NBA and NFL players … So every time I whore it’s like the Super Bowl.”

…….that might be your thing Kanye, but it’s not my cup of tea.

Sure, it may be a little tough to find a virgin in this day and age, so understand that I’m not throwing off on any woman who has been with more than one man.

But dear LORD! Kim Kardashian seems to ALWAYS land herself in the bedroom with rich famous Black men who are sprung over her body and sex drive. Trust me, she sets out to go after these types and used her reputation to lure those other curious men into her clutches to get what she wants in the end.

It kind of ticks me off when I see these Brothers run up in a woman raw with NO PROTECTION who obviously has a self serving agenda in her mind.

I don’t care what color the woman is that you choose to settle down with, but DON’T go so far out of your pedigree simply because you have much fame and fortune. These newfangled women couldn’t care less about you and will suck you down – pun intended – in ways that you never thought were possible.

They will leave you broke, lonely and headed straight to the morgue after putting a bullet in your head. While I would never wish this on my brother, I know too many that have over far less beautiful women than Kim Kardashian.

It’s a shame that there are so many worthy women out here who would ride or die with a man like Kanye if he came to his senses and acted right to not see women as an object or personal sperm receptacle to choose one based on righteous principle over carnal lust.

The Kanye West story continues, so let’s pray that he isn’t one day the main subject on E! True Hollywood Story.