Earlier today I came across and article that was on EurWeb.com that featured a story about the uproar caused with some members in the Washington D.C. and abroad LGBTQ community because of D.C. government money that paid Gospel Singer Kirk Franklin 80,000 to perform at a DC Emancipation Day event.

Why were they so pissed off?

Well they called him a bigot because of his personal views on the Gay community that are very public. What are they? Well, Franklin has for the most part always stated that the church should treat the LGBTQ Community with kindness, compassion and love but also firmly said that “we can never compromise what the Bible says about homosexuality!” The latter statement was taken out of Kirk Franklin’s book entitled “The Blueprint.”

Kirk was also asked how he felt about the LGBTQ community once again in an Associated Press interview and he didn’t bite his tongue in repeating what he has been saying all along.

Can’t he agree to disagree? I mean don’t those in the Gay community want tolerance also? Why can’t they afford this to a man who is honest enough to state his views which suggest that we all deal with those in that community with “kindness, compassion and love?”

Has the very community who has – according to their account – been the victims of bullying, bashing and slander now becoming the bully?

Check this out: Wes Besen, who is the founder and leader a national LGBTQ organization named Truth Wins Out, called Kirk Franklin a fake Christian and is quoted as saying, “The truth is they compromise on everything the Bible says for their own convenience, yet twist the Scripture to support bigotry!” 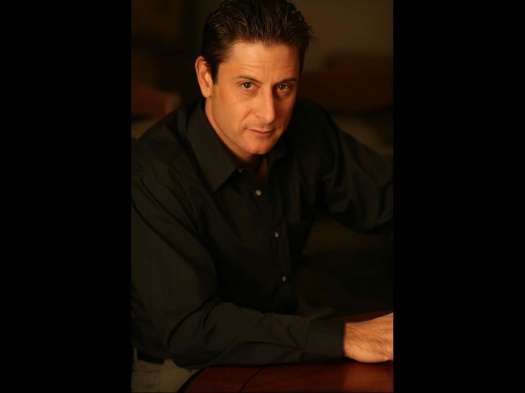 Reverse discrimination at its BEST! The handwriting is on the wall, if you do not agree with the LGBTQ lifestyle then you will be called out and pressured in a manner which will leave you with absolutely no where to go to ply your trade or live your life without being hit hard in the pocket even if you deal with your differences with “kindness, compassion and love!”

What happened to that word in the dictionary called ?

You see, I see this in a much deeper manner than most because as I’ve stated before, those who hold the political power in the LGBTQ community from what I can see and correct me if I am wrong, are overwhelmingly white and really don’t give a damn about their Black counterparts.

Not that I am turning this into a race issue but I am sure there are many entertainers and Gospel entities who feel the same way but THEY are not singled out and attacked in the manner that Kirk Franklin was.

It seems as though because of their growing political leverage and collective big money power to influence all things media, now the real face is being revealed. And to think that in a country that prides itself on having freedom of speech that the unwritten rule is that NO ONE is supposed to disagree with the doctrine that states that it is an abomination to God to indulge in homesexual acts.

So you mean God said it but I am not supposed to believe it? So if God said this in the revelation to the prophets then who are YOU listening to when you state otherwise?

Now to speak my mind, I am so riddled with sin that I have no time to hate on anyone else but don’t set a climate in the atmosphere in this country where I am supposed to be afraid to speak what’s on my mind and remain paralyzed to do so like the time when you were a kid and a really big and mean looking dog walked up to in the street and sniffed at you while you shit your pants!

I’m sorry, I am sure that we all can find more things in common as human beings than digging up the difference in our lifestyle preferences to fight about. But as my Black Brothers and Sisters who are members of the LGBTQ community are realizing is that they are always called upon to fight for Gay rights but are conveniently discarded with the quickness when someone beats or kills them because they are Black! Where is the solidarity from the White LGBTQ community then?

Who is being a separatist? I’m just telling it like it is and I do hope that my Brothers and sisters wake up and see that racism permeates straight through all of these amped up cries of LGBTQ Solidarity.

Wes Besen’s obviously delusional words are based in something that he is NOT stating, here you have a White dude who refuses to hear from a Black man his feelings on the lifestyle that he doesn’t believe is right, and the condescending entitled mindset of the oppressor has surfaced to challenge Kirk Franklin because how DARE this nigger think he can sit up and speak about the very thing that I can’t stand before God and defend?

That’s what it is, Wes Besen may hide behind the covering of a Gay rights activist but at the core is the same venom that we have been dealing with in this country for hundreds of years already and I know it very well. They just DON’T like seeing a Black man make some cold hard cash! Admit Wes! LOL! I bet if Mr. Franklin was donating half of the proceeds to Truth Wins Out that he wouldn’t move his damn MOUTH to say anything against him. Go figure!

We all have a right to believe in our own set of truths, but at least back in the day NO ONE ever challenged God’s word and this is why this world is in the shape that it’s in.

Always remember that having membership with a Holy Scripture Card DOESN’T have any privileges with the WICKED!

When black folks took up the Montgomery bus boycott back in the day, was that considered reverse racism?

And to think that in a country that prides itself on having freedom of speech that the unwritten rule is that NO ONE is supposed to disagree with the doctrine that states that it is an abomination to God to indulge in homosexual acts.

Since we’re quoting the Bible and all, I’m curious: Do you eat Kosher meat? I’m only asking because per the Old Testament otherwise known as the Torah… Rabbinic laws governed the Jewish culture. Assuming that what you say is the true ad living word as you say, surely you adhere to this rule and maybe even refrain from eating shell-fish (i.e. shrimp) because it too is an abomination?

Sorry my friend, that one won’t work this time because you must have forgotten, I DON’T EAT MEAT nor do I consume Shellfish. Reverse Racism? Interesting. How did we get there? Oh! I did mention reverse discrimination but as we all know THAT is a call based totally on ones perception. Let me ask you, how does one tell that someone is gay just by their looks? But one thing is for sure, you can’t hide the fact that you are Black no matter HOW hard one tries!