Once again the Boldest Man on the Internet Lance Scurv and Central Florida’s BEST news source, the West Orlando News Online (http://www.WestOrlandoNews.com) brings the action up close and personal to showcase WBA Super Welterweight Boxing Champion Miguel Cotto as he prepares to defend his title against challenger Floyd Mayweather. 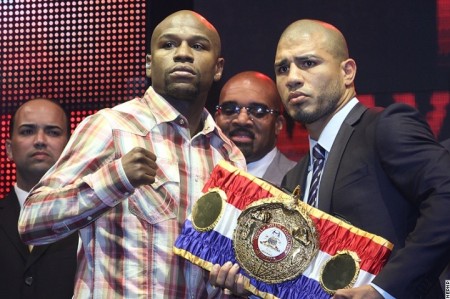 Golden Boy Promotions hosted this media workout on the afternoon of April 17, 2012 at the Don Miguel Boxing Gym in Orlando Florida as he prepared for his title defense against Floyd Mayweather taking place Saturday, May 5 at the MGM Grand Garden Arena in Las Vegas, Nevada which will be produced and distributed live by HBO Pay-Per-View®.

This is the complete and full version of the video footage that I posted up earlier this week.

Previous : The LanceScurv Talk Show – Surviving Molestation: How We Came Back From The Brink!
Next : The Gantt Report – Broken Relations