Here I am again at home in my office fully charged and ready to rumble with a few things on my mind that will either inspire or piss even more people off.

Probably more of the latter.

But let the chips fall where they may…….

I woke up with the word revolutionary on mind earlier and in a sense didn’t know why, it has been on my mind all day. So while I know what it means I went back to refresh its definition in my mind by looking in the online dictionary to clarify the meaning of the word.

Interesting to say the least, it’s a powerful word that has been used to describe those who, like the description in number 1c – “constituting or bringing about a major or fundamental change”.

So as I look around my world to see who are the revolutionaries in my midst, I am sad to say that I see very little.

I’m sad to see that while many will posture in their best revolutionary “stance”, when tested they are merely “cardboard cutouts” that are just as effective as the scarecrow in the fields whose gig was up when the crows figured out that it wasn’t a real man at all. The crows now land on the scarecrow at will and the joke is on the property owner who made him.

It saddens me that when one stands up with the true spirit of a revolutionary warrior, most of the posturers who fraudulently occupy the space that’s reserved for that true agent of change in the hearts of the people will attempt to discredit them after feeling threatened because they know that when the real occupant of raw truth and change arrives, their hustle is OVER!

Let me ask you, isn’t something wrong when we have so many “self proclaimed” men and women of God in our midst yet the very things that they are suppose to be against are going on strong in our communities and they don’t even move their mouths to say anything against it? 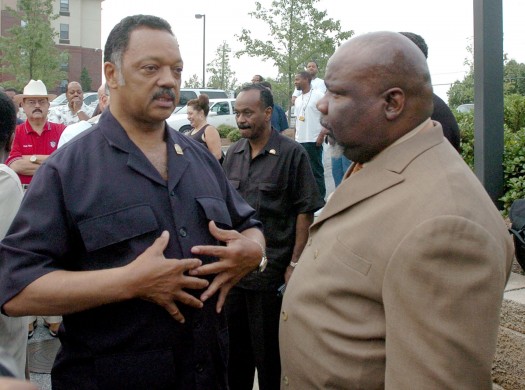 You want to know why? It’s because those that are in power that allow these deplorable conditions to continue in our communities are the same very people who have the money and power that those fake ass men and women of God are trying to get!

Plain and simple. And allow me to say it in my best ‘hood dialect:

They ain’t no DAMN revolutionary!

But if you aren’t a true revolutionary stop hogging up the spot for your own profit and move out of the way for one who has the intentions of bringing real change for everyone!

But this is where the problem begins, these fraudulent icons refuse to get up off of the seat because it’s too sweet receiving those perks and amenities from the very oppressors and exploiters who benefit from the very conditions in YOUR community that THEY benefit from!

So how can you demand of those who line your pockets with cash in exchange for the control that you have over the people that your position calls to set free without losing out on the privilege that they afford you?

You as a knock-off fraud revolutionary person of God are between a rock and a hard place, you claim to be a servant of God to set the people free from the exploitation of their oppressors but yet you are compromised because you can’t let the money and favors go that those same oppressors are granting you to NOT tell ALL of the truth that will truly set them free!

You see, life is not some type of living purgatory where you have to wait until you die to enjoy anything. Yes, there will be struggles in this life because we must strive for what we righteously desire, but the church and its so called chosen men and women of God have acted as “for-hire” traffic cops, blocking our previously open lanes while they allow the unrighteous to travel freely and without accountability to do what they want.

So never consider being fearful like the sellouts who merely posture as a revolutionary, your mere presence to stand up for truth will send them running when the battle gets hot.

Remember that when you are identified as being the real living breathing manifestation of that long awaited revolutionary, you will be attacked first by the frauds who fear the spirit that you possess that will expose them for the frauds that they are.

They fear most not the ridicule of the people, but the amenities, power and wealth that being satan’s secret gatekeeper affords. But you have to be prepared to be cut off from everything when you decide to take this walk because the reach and influence of these frauds run deep and go far.

You need not desire to know their secret handshakes and catch phrases because all you need to know is that Jesus never held secrets not did he have to join any of mans secret societies. When you walk with God the spirit of true discernment will wash over you constantly and you will always be several steps ahead of your detractors because God knows so much more and there are no secrets from Him!

So know that you are in good company and have the ultimate protection because no mere “man” can know more than The One who created CREATION ITSELF!

So while they come to you with a friendly covering only to attempt to cause you to co-opt your conviction, understand that to do so with them will only take you on an express ride to the pits of hell itself!

How many freakish “willing to suck and swallow salad tossing” women (That’s a hard one ’cause it DOES feel real good! That’s why so many fall when they get it!) are worth the never ending torment from the hellfire that awaits someone who turned their back on their divine mission?

How much money and carnal luxury is worth the shock of being turned away from the Creator Himself and told that your name is not written in the Book Of Life?

How much worldly power and shallow brotherhood is worth forfeiting the ultimate brotherhood with your true brothers and sisters under a Father who has unlimited power over and above every creature and living thing forevermore?

So never “front” like you are a revolutionary if you are not prepared to be real, because if you fill the position and lead God’s people astray, not only will you have to account for your wrongdoing, but you will have the blood of many to account for too!

So if in your heart you KNOW that you are not about SHIT (Yes I said it, because it is what it is!) in the Kingdom of God, then sit down sit back and SHUT UP and let a REAL MAN who is truly anointed to fill the position and needs of the people do his work and GET OUT OF THE WAY!

Previous : LanceScurv TV – Why Are Black Men So Afraid To Show Love To Each Other?
Next : How To Maintain Hope, Certainty & Fearlessness In A Negative World