The talk of the sports world is the controversial televised kiss on the lips delivered by Michael Sam to his boyfriend after he found out the news that he was drafted by the St. Louis Rams.

ESPN caught – and exploited – the moment as he celebrated with his family and friends which included his boyfriend. 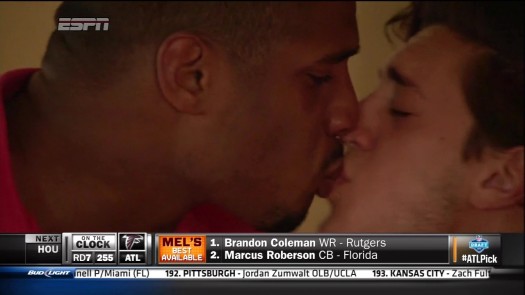 The blogs, the internet message boards and social media blew up after ESPN continually ran the clip of them kissing and caused quite a stir in the conversations of most who witnessed it.

Madamwhipass & LanceScurv once again go in on yet another hard to hold topic in the brutally honest manner for which they are known for.

Please leave your comments below and express yourself whether you agree with what we had to say or not!