Just the other night when I was driving down I-4 coming from the Winter Park area of Central Florida back toward Orlando, I hit a particular section of of the highway that allowed me such a beautiful night time view of downtown Orlando that I never really observed before. I guess this was because my work hours have changed in the last few months and I never had the chance to really see the city in the evening because i was always too busy driving the bus in it to truly enjoy it!

But with that being said, I could only stare transfixed on the well lit buildings as it stood in all its urban beauty for only a few seconds because I was at least driving down a highway that required my total focus so I could at least make it in one piece to the place that afforded me such a captivating visual.

That captivating visual reminded me so much of the skyline of my hometown of New York City and it made me realize something within myself that I really never knew ……. 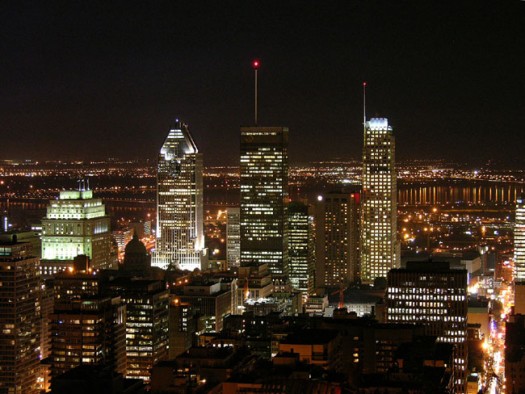 When I first moved down from New York City into Central Florida, it was quite a change of environment, culture and mentality that I can see why most people who have migrated feel homesick for that special connection and unique radar.

But I moved down personally because the living was easier, I could have stayed if I wanted to but I had to consider the fact that I had young kids at the time and it would have been better for them to be in a slightly slower environment where I can spend more time with them instead of the late night pecks on the cheek as they are sleeping and as I am running out again between jobs after a quick time at home before getting on with the grind again.

When living day to day in the rat race it is literally impossible to truly absorb the total beauty of a place like New York that has so much of a magnitude of culture, arts, lifestyles, activities and stimulation. So many of us who have come from that spectacular place have a deep rooted feeling of unfinished business as the shortcomings of living anywhere else become more evident as you become accustomed to living in the new environment.

Again I will use my personal analogy of the beautiful picture who the viewer can never appreciate because he/she stands so close to it that their nose touches it. In other words you are too close to a thing of great beauty that you just cannot enjoy it in its full majesty as when you stand back away from it by just a few feet. So when you move away from a place where you’ve lived for a long time then move away, you now will have a better perspective of what that place meant to you because your perspective has changed.

But in reality I have come to understand that it is not the actual physical location where one lives but the feeling that they possess in their soul that lights the fires that burn to the world around them throughout their life.

In my case, I’ve learned that New York is truly a state of mind and no matter where I find myself living to call it home, I have been saturated in that state of mind for so long that it would take thousands of years to dilute what I possess within me in abundance.

So I have nothing to prove to the world as far as what lays dormant and hidden away from the world inside of me but just watch what comes out through my expressions and YOU tell me what I am!

You can go to New York and buy up all of the cloths and it will never give you that innate “style and swerve” that we have been so graciously blessed with. Now this is not to speak in a condescending manner to anyone who doesn’t have their roots based out of New York City but this is merely to say that where ever you come from you need to be proud of it and be all that God made you to be and embrace every part of your life journey.

Only THEN you will be considered “cool!”

Embrace your upbringing. Never let go of your roots. Always be proud of the path that you have traveled no matter what has transpired in your life and you will always be considered a genuine person who doesn’t ever have to worry about the lies that the other fraudulent pretenders have put out to the world about the imaginary lineage that always gets discovered sooner or later. Heck. We have the internet for crying out loud, so how can anyone of us really feel that we can fool everyone all of the time?

I am so comfortable and confident in who I am and I thank my parents for bringing me up in a manner to be enabled to enjoy such a strong foundation of esteem. Because when I look around me sometimes all I can see are people who are all trying to be someone else or be something that they are not!

It’s true. And to tell the truth it is sickening what I see. There are too many people who are unhappy with who they are that they would rather formulate an entirely different manufactured life and past because if it.

It’s because they have been lead to believe that they themselves are not good enough as they are even when they feign a false confidence and an insincere acceptance externally.

If this weren’t true then how come so many Black women and other women of color purchase skin whitening “bleaching cream?”

If it weren’t true then why do so many Caucasian women actually pay money to lay in a tanning bed to get darker, do plastic surgery to get a sexy derriere and pump chemicals into their lips to give them the sensuous look of a Black women when many of them act as though they cannot stand them face to face. You hate them but you damn sure want to look like them!

If it weren’t true then why are so many Black African Latinos claiming to be White when they arrive to these shores when it is so obvious by the strong ethnic traits that they display that they are about as European as a pigmy straight of the African Motherland!

If it weren’t true then why do we have Black Americans who are as Black as night that will claim everything else other than what they are when asked of their lineage…….You can hear them say: “Well I have Cherokee and Blackfoot Native American in me, some Spanish (As though a language is a race! LOL!) in me and my great great great great great great grandmother was Irish! Now how in the world would you know that from so far back?

If it weren’t true then how come so many Black folks who were raised in the Caribbean migrate to the United States and then try to lose their accent and act as though they were born and raised in America as though us who were truly born here can’t hear it in their speech? It sounds so foolish people! You are making yourself look like a fool! Don’t get mad because I am telling the truth, take it as medicine and love yourself for who you ARE!

Now I can go on and on to the break of dawn with the examples that I see everyday and I must say that I cannot apologize if I stepped on your toes because it is a terrible reality as I see it and I have to call it as I see it.

But we have to do better people because in essence we insult our Creator God Himself when we attempt to alter our unique path in this world or change our appearance, upbringing or pedigree. That’s not to say that if you are born poor that you are wrong to desire to aspire into a better more affluent life! No! But NEVER forget or hide your roots because when and if you do reach success the others who are coming up behind with a similar lineage you will get the message that there is something in that shared heritage to be ashamed about!

Never disregard the beauty that God has placed within you because we ALL are like the beautiful picture whose beauty could never be appreciated because we were too close to see how magnificent a visual it truly was!

Step back from the foolishness and truly see what you have hidden so deeply on the inside and don’t banish it, CULTIVATE IT!

Previous : In Satans Amusement Park Of Vice & Lust, Which Ride Will Be YOUR Downfall?
Next : The LanceScurv Show – Creflo Dollar: Innocent Father Or Abusive Control Freak?