Several days ago I watched a video of The Piers Morgan show that featured singer Macy Gray. Piers did not disappoint to venture into the controversial when the question was brought up to Ms. Gray on what her thoughts were on trans women. Macy did not hesitate to state that simply because a man can have boobs and alter their appearance to somewhat resemble a woman does not actually make them a woman.

I applaud her for being direct and clear in her response, not only that, she probably stands to lose support and fans in the entertainment world that is so infested and dominated by individuals in the so-called old LGBTQ+ community.

I say enough is enough with those who are confused about who they are who get very upset when you don’t join in to act as though you believe their delusions!
0
Are these so called Trans Women real women even thought they were not born women? Yes or No?x

Can I change my last name to Trump and proceed to march on down to the bank where former President Donald Trump has an account and demand to withdraw countless millions because I did a superficial change to my name and expect the world to acknowledge that delusion? Would a car dealer be out of place and become upset if you refused to purchase an old dusty Chevrolet vehicle that has a Mercedes-Benz symbol glued on the hood of it? Could I squirt ketchup, mustard and a sauerkraut topping on a vanilla ice cream cone and expect you to believe that it’s a hot dog?

What I don’t understand is why is this so much of an issue over the broadcast media, printed media and internet websites? Well let me correct that, I do understand because it IS an agenda!

If you really believe you can take a few hormones and have a operation to remove your naturally God-given body parts and that actually it actually changes your sex, then you need to go back to the end of the Line Of Reality and think long and hard before you get to the front because obviously someone is enabling you in your delusions. At this point in my life I do not care whose feelings are hurt or not all I can say is that there are more important things for us as a society to be concerned with then with the fuzzy warm girly fantasies of a grown ass men who do not want to be men.

They say they have to fight hard to get their rights and many in the more expanded gay community have often compared this so-called struggle to the black struggle. But they have only done this to align themselves with a cause that is legitimate but when you look back they have never looked back to support anything black as we still suffer under the system of white superiority. As a matter of fact if truth be told anything LGBTQ is actually yet another covert wing of white superiority because it doesn’t do a damn thing to help anyone who was in the struggle for liberation for African people worldwide.

But because we have many who don’t want to be identified as black first and want to avoid that struggle they can easily lie to themselves to run toward the LGBTQ+ foolishness as they feel as though they finally achieved their white card. When we in the black communities worldwide are shot down and killed by racist police officers and damn near guaranteed incarceration you don’t hear a word from them, yet they have piggybacked off of the black struggle early on to achieve their so-called independence to display publicly the foolishness that they want to impose on the natural world.

If you call yourself Trans and you are black then you are BLACK FIRST because you cannot change who you are as a black man or woman simply because you have the right to do what you do behind closed doors as that’s none of my business. But so many of you who are part of the alphabet community who happen to be black cower big time when it comes time to stand up for your black brothers and sisters, but boldly stand up alongside your Caucasian rainbow counterparts to defend every utterance of rhetoric that spews forth out of their mouth that does not include you and those in your community as far as YOUR rights are concerned. 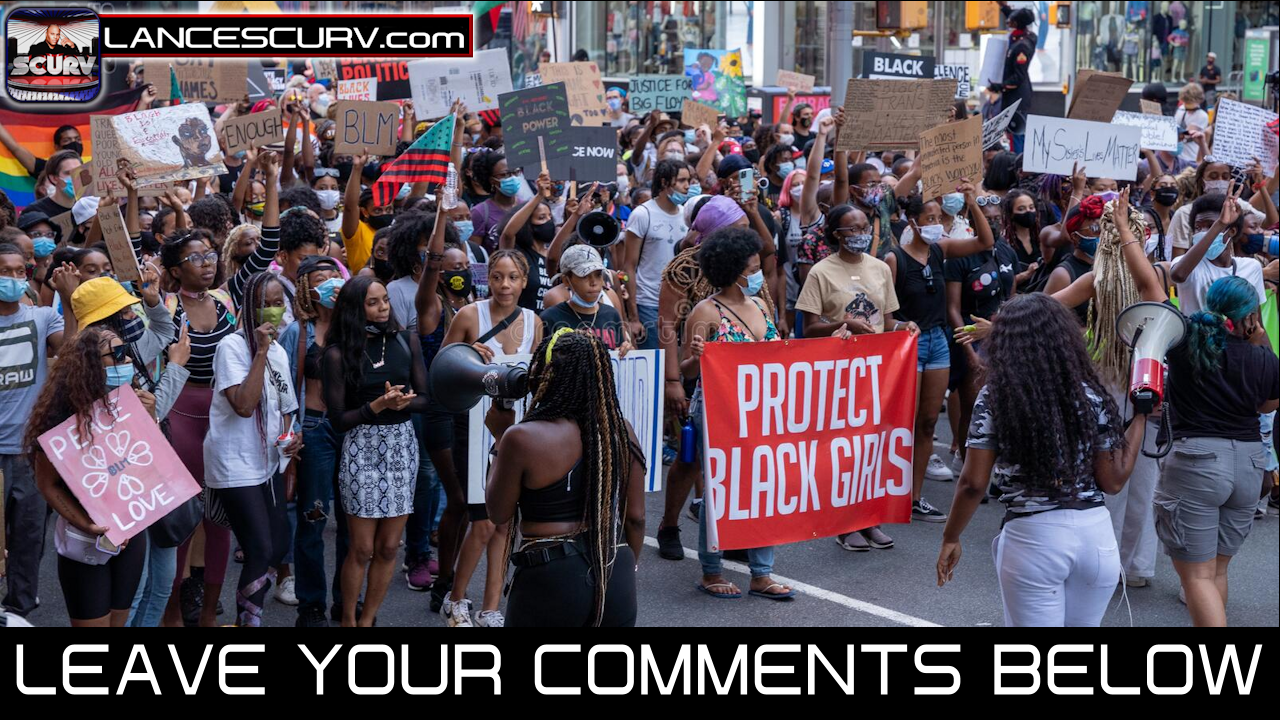 You see, no matter how much you ingest hormones, no matter how much you have operations to alter your appearance, the bottom line is when you turn your back on your Divine Black Essence to make this madness the premiere cause that you fight for, you have turned your back on your black mother, your black father, your black sisters, your black brothers, your black children and your black community. No matter who we are or who we feel we all we have an obligation to continue the fight that has gone on for generations long before we were born as opposed to joining on to something that does not honor the growth of our population, family and community.

Our children deserve to not be mentally molested by all of these confusing choices put forth in front of them in a mandatory manner in these schools of indoctrination that will imprint their minds to be something of a than what nature intended. That is wrong as they need to be taught the fundamentals on how to survive in a system that’s diametrically opposed to their very existence.

We all need healing from this sick system and it is my sincere desire that we look within to heal ourselves as opposed to changing our appearance in lying to ourselves on a superficial level.

I welcome all of you who have read this article to come on to the show and let’s express ourselves and all viewpoints in a dignified and respectful manner. Thank you very much for spending your precious time here with me to resolve my thoughts and I invite you to write your thoughts below and in the discussion forum so we can further this conversation and heal ourselves ultimately.

Thank you very much.

Previous : WE DENY OURSELVES HAPPINESS BY HOLDING ON TO OUR HURT! – ROOFTOP PERSPECTIVES # 93
Next : WHY DO THEY CHOOSE TO DO IT ON THEIR OWN?