I met one with the same name on the bus and was a shock! But no matter how many I run across everyone knows that there is only ONE Oprah!

But Oprah has been getting a LOT of press lately over and above what she generates for herself and I need to know if I’m seeing a schizophrenic enabling Oprah or if I’m just imagining things.

Well it all started as I was surfing the ‘net to see what the pulse of the conversations were like as a stimulant to write something that’s relevant to what is being discussed.

I kept pulling up Oprah Winfrey’s name and it centered around articles that dealt with her and the N-Word as well as the Paula Deen fiasco.

One in particular that caught my eyes and ears was from an interview of Oprah by the Hollywood gossip blog named ExtraTv.com. Here they had an exclusive interview with Oprah which focused more on her upcoming role in the movie entitled “The Butler“, but it was those first few moments of the interview that gave us the telltale signs of how the mind of Oprah Winfrey really works and I wonder if anyone else picked up on it.

It’s funny because off of the camera Oprah shared with Extra TV host AJ Calloway how she had been overwhelmed with questions about Paula Deen and her use of the N-Word.

So this interview began with her response to the inquiries in one huge swipe:

“Everybody’s like ‘What do you think of Paula Deen? I don’t think anything! My God! I don’t have anything to do with Paula Deen! She is not the first White woman to use the N-Word! Good Lord!”

Oprah sure sounds like an enabler to me! But let a Black male rapper use the same word…….

Okay, remember her response, now let’s move on to another article by Perez Hilton on his blog that was posted recently on my Facebook Talk Show Group Room. It was titled: Oprah Doesn’t Allow Her Friends To Use The N-Word! Whom Did She Demand Stop Using The Slur?

Now in THIS article, Oprah stated that not one of her friends had better use that word around her. It doesn’t matter what the upbringing or neighborhood influences that they had coming up, she’s not having it! She went on to say that:

“You cannot be my friend and use that word around me. I feel strongly about [the n-word]. I always think of the millions of people who heard that as their last word as they were hanging from a tree.”

Oprah even had a recent sit down with The Butler director Lee Daniels and instructed him on the history of the word and his excessive use of it as well as learning to clean up his language. 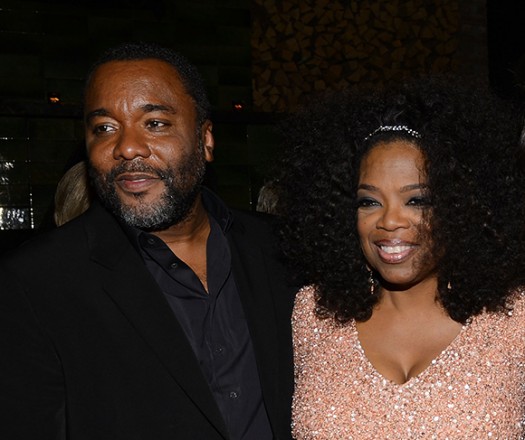 Now, going back to her response to Paula Deen’s use of the word it seemed as though Oprah was somewhat enabling Paula saying Nigger when in contrast she made a point to sit down to lecture Lee Daniels on his use of it.

She first distanced herself by saying that she didn’t have anything to do with Paula Deen, but what made it even more of a character defining moment for her was that she said that Paula Deen “wasn’t the first White woman to use the word!”

So Lee Daniels gets a lecture and Paula gets an excuse? Interesting.

Does it have anything to do with the fact that Oprah’s base is primarily built on White women and it wouldn’t help her “brand” if she was to openly chastise a White woman live on the air directly or indirectly so she avoids all definitive responses on Paula’s actions?

She definitely answered the edited inquiry of the Paula Deen N-Word controversy in a coy defensive manner covered with a giggle as to minimize the severity of the unacceptable actions of one who has the ability to generate millions like Oprah does. So she is not going use her brand to tear down the still potentially lucrative yet damaged brand of another.

I guess Oprah’s thinking is that although Paula Deen damaged her brand with the slip of her tongue, the audience of faithful fans and followers that she had are still out their and up for grabs.

So it would not make good business sense to come against Paula Deen publicly as she might possibly one day may want to help Paula turned her image around with some kind of exclusive prime time program showcasing them both discussing the issue in depth.

That would be a mainstream media money generating machine to say the least where everyone comes out on top making tons of money and giving Paula an image makeover to her corporate sponsors and to the people that she insulted with her reckless use of the English language.

But let’s be real here, when Oprah said that she wouldn’t tolerate anyone in her midst using the N-Word, when she had dinner with Paula Deen at Paula’s home and that word flew out of her mouth Oprah probably wouldn’t have done a damn thing! But if it were a Black male who said it around her she would have gone bat shit crazy on him because I feel that she is one of those women who don’t think too highly of her own Black men.

Sure, she shouldn’t tolerate the use of the word from anyone, but I feel her fuse with Black men are a whole lot shorter than with those who strongly support her base who just happen to be White women.

You see, there was no uproar from Oprah or her base when Paula mentioned that she wanted a “Plantation Style Wedding” and not for nothing but Oprah probably would have been digging deep in her closets for the appropriate outfit from the old Color Purple set so she and Gail can blend right on in skinning and grinning playing her role to the hilt!

I do love Oprah, but I don’t love her dysfunctions. She needs help in the perception department but she is too rich and much more powerful than most so who is going to tell her this?

I’m not saying that she should be some Pro-Black Afro sporting all black wearing card carrying member of the kill Whitey movement, but she needs to understand that her rough upbringing and the obvious things that she has been through on top of what she has shared has definitely affected and clouded her judgement on matters such as the Paula Deen controversy.

…….and for the Whites out here who want to use the word “Nigger” also, understand that you take a huge risk with your well being when you do.

Many are angry that some Blacks still use the word as a term of endearment but are told that they can’t do the same to be “down” with the Blacks that they know or to be considered cool with them and one of the pack.

Young Whites who love the Hip Hop Nation try to get away with it and I’ll have no problem with it when you also welcome the racism that we as Blacks have to go through as well as the police harassment and stigma that comes with being Black.

Think that’s not fair? Well, put it this way, it’s too easy for you to switch up and reject the fad of hip hop that you explored in your rebellious days to easily don the crown of White privilege as though your foray into our world NEVER took place! We as Black men HAVE no choice BUT to deal with who we are and your country never let’s us forget that. So if you want a thrilling ride then I suggest going to a Disney Theme Park for it and don’t even think about impersonating my skin and culture for your damn amusement!

Hate to say it, but it doesn’t work that way. You CAN’T SAY IT without possibly getting your face punched in so say it at your own risk!

Whites who are pissed that they get chastised for using the word are basically saying to themselves that “Black people” are using it so why can’t I?

No while I don’t condone it’s use I am merely reflecting what I see. So now many Whites feel pissed not being able to use a word that has flowed so naturally and freely off of their lips for countless generations that they feel as though a God given right has been taken away from them. In other words, how DARE they say that WE can’t say it but they can!

Their ingrained sense of superiority has been challenged on this topic and they don’t like it!

So they will point out how many of US use it to justify THEIR use of it but we haven’t committed the historic atrocities that they have against us so it IS different.

But as far as Oprah is concerned, this is 2013 for crying out loud and people don’t chastise one for a sin then turn around and let another off of the hook for the same exact infraction because they’re White. The N-Word is the N-Word no matter who says it and if you are going to lecture Lee Daniels – a Black man – then you need to have that same lecture with your friend Paula Deen.

…….but something deep inside of me tells me that she is deathly afraid to pull the trigger on this one!

P.S: Once again. Oprah’s actions justify the sketch I made of her several years ago, I knew it way back then! Click the image to see more of my work!

Previous : Attention Bishop Desmond Tutu: Black People Never Had The Option Or Luxury Of Staying In The Closet With Their Blackness!
Next : The National Leadership Coalition Open Letter to the Black Community – Please Share!!!!