What in the heck do they mean when the say someone is acting Black?

Sometimes people might say that someone is not acting Black enough or are acting White?

What are the things that people do to be considered Black through their actions?

Who are they people who maintain the standard of what acting Black is and does it ever change?

Where did this most often low standard of expected behavior originate from and why is it that most other races are not held to such a narrow minded set of standards? 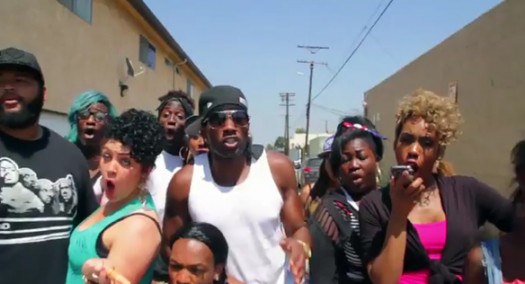 n this episode of the LanceScurv Show we are going to touch on an issue that for the most part is known by the majority of the masses but is never really spoken about in an up front and very direct manner.

The amusing part of this is that our society feels that they know what it is behind closed doors but will never admit to its existence because of the pressure to be politically correct.

We are truly a nation in denial and we will speak to all who have something of value to add to the conversation.

But for the most part, acting Black is acting ignorant. Acting Black is associated with all who are Black that indulge in talking in a manner laced with profanity. Quick to anger and get confrontational with absolutely anyone at the drop of a dime in public over an issue that is so very trivial.

Acting Black by most accounts is to be loud in public making a spectacle of yourself in a way that banishes all hopes of the buffoon attaining any respect from the people around him or her.

Acting Black is not being able to express oneself in an understanding manner because of the hatchet job that one has executed in their use of the English language.

Acting Black is to be repulsive to all in our midst, not grooming ourselves properly or washing ourselves thoroughly.

Acting Black is to never embrace any civility and to always ruffle the feathers around you by any means necessary never considering that having a little class could be a good thing.

Manners? What’s that? Acting Black is to be rude and overbearing as well as being demanding which comes from being entitled.

Acting Black is the absolute worst way to act at all.

…….and you want to hear the funny part about it? Acting Black by the above definitions is NOT a state of being that is reserved for Black people at all and has expanded its ugly reach beyond the shores of the United States Of America into countries that have feasted on the worst of the worst over Social Media and very filthy misleading television programs that have blasted such negative images of us as a people all over the world!

So our acting out on the movie set in an acting Black manner has enabled straight up foreigners to touch down on these shores knowing how to say “What’s Up My N****r?” without having any sizable contact with Black people at all!

Let us understand what this not to cool phenomenon is and why we need to attach something good to the way the world sees us as well as the way we view ourselves before it’s too late.

Acting Black? Well, if we have to act a certain way to be considered something that we were born to be as a Black person, the we have already sealed our doom acting like the animals that God didn’t create us to be.

Let’s talk about it and let it all hang out!

Call In Number:  760-259-2310  – Call in to listen or join in with your opinions on the discussion. You DO NOT need a computer to participate in the show, all you need is your phone.