Nobody does it better!

Who else could turn their circus of a wedding to former pro basketball player Kris Humphries into a major media event broadcast on “E!” in a two hour event, manipulating the press into getting paid 15 million dollars by sponsors who know that a filth loving public would eat it up like a pig eats slop! And then after the divorce papers were files she “apologized” to the fans by saying that she went through with the wedding because she didn’t want to let down so many people. I sure bet she was sorry, just crying all the way to the bank!

She is a one woman lesson in textbook public relations an the best magician/illusionist since the great Harry Houdini walked the face of the earth!

She has taken what she has been blessed with physically and cursed with immorally to successfully market those “attributes” in an unrighteous manner to enjoy the financial benefits that come from giving the masses what they so desperately craved…….high class trash!

Well maybe you haven’t figured it out yet but when I named the title of this blog article “Whore Mastery 101” who do you think I was speaking about?

It sure wasn’t Kim Kardasian.

I was referring directly to us!

But only if you include yourself with those who are addicted to the glossed over trash that the media pushes down societies throat without a fight because you like it!

Now why would I say this about all of the people who indulge themselves in her antics?

Because WE have become whores to the illusion of a manufactured pseudo faux reality that doesn’t exist except in our gullible imaginations!

As sad as our realities are and in dire need of improvement here we go wasting precious time and resources being concerned for someone who doesn’t even give a damn about us! Really!

Who cares what Kim Kardasian does with her pussy?

Are you getting it? Well then.

And even if you were “getting it” then understand that you have partaken in what I will call co-op or car pool pussy! And do I really have to explain the concept on that one?

I didn’t think so. 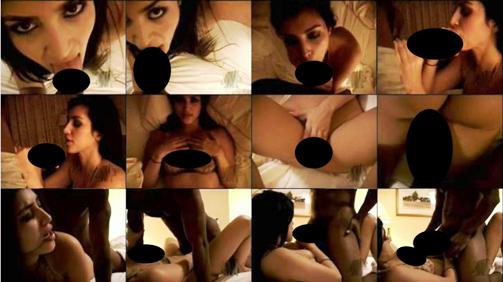 But really, when you look at it Ms. Kardasian has taken nothing an made something out of it. Now I can’t say that I really know all about her former money situation but I am willing to bet that she already had the cash coming out of the gate due to the fact that her father was a high profile and highly paid lawyer.

But merely being the daughter of a very rich lawyer-daddy doesn’t guarantee that one will make it in ANY area just by merely willing it into existence! You have to work “something” and I am quite sure we all will agree to what that “something” is! Lol!

But here’s what gets me. Why is it that WE can’t execute righteous principle in order to benefit our own personal causes and financial well being?

The righteous principles laid out for us by our Creator are there for everyone to utilize no matter how immoral a life they may lead at that particular time!

Somebody has to use them because it seems as though the majority of us care not to get up off of our butts and move toward an enhanced existence through hard work and diligence because we are to busy whining, crying, complaining and begging the Lord for everything when He has granted it to us already if we only unlock the power of His divine principles!

But when we see one “who ain’t payin’ the Lord no mind” we want to call them all kind of sinners and devils while we are walking around pissed at the world with lint-balls in our pockets living off of our bank’s overdraft protection like it’s part of our damn budget!

Maybe you don’t understand me so I’m going to say it like this…….divine principles work for everyone no matter how good or bad of a person you are in this lifetime. You could be a mass murderer (George W. Bush was the president now wasn’t he?) or you could be a saved sanctified praying dutiful tither who lives a spotless life without one iota of venom in your heart. It doesn’t matter. Gravity works the same for everyone!

That being said, no one should complain or be upset about their lives not being the overwhelmingly blissful dynamic experience that they believe these fabricated reality television show stars have because they have forfeited the right to any semblance of a sweet life because they have taken that same time and energy to merely being a spectator in the life of another!

Those who fall under that category should take a hint from the Occupy Wall Street movement and possess the mentality that they should “Occupy” their own lives!

But we would rather sit on our ass and watch someone who isn’t trying to live a life pleasing to God as much as we are enjoy the benefits OF the principles that were put down for us that we have left alone in an unopened box to collect dust.

More power to you Kim Kardasian, you have shown the righteous world that even a certified whore can make it in the world over and above what most of those who follow your hustle ever could!

Not only that, but imagine how high her box office appeal will become now that she has called her marriage off after only 72 days of argumentative matrimonial bliss! I bet Twitter and Facebook are on overload because of this and it will guarantee that she will continue to be a hot trending topic for the foreseeable future hands down!

Great example for our youth wouldn’t you say?

Sex Tapes, multiple liaisons with top personalities, rumor, innuendo and a reputation that can only be compared to the Amber Rose’s and the Paris Hilton’s of the world will make sure that her bank account will never comes up short anytime soon!

I can hear the little girls now; “Mommy, when I grow up I want to be just like Kim Kardasian, she is making ALL of the money!”

Whatever happened to; ” Mommy, when I grow up I want to be Oceanographer just like the one on the PBS channel!”

Another surefire winner in the Kim Kardasian sweepstakes is Tyler Perry of the Madea fame and franchise, he cast her in a role in his next movie and must be overjoyed that she is as hot a commodity as she is right now to make sure that the butts will fill the seats in theaters across the land!

So time will tell how far the Kim Kardasian circus and gravy train rolls on for her. But in the meantime she has been the ultimate professor in the art if whoredom and has spawned a generation of eager harlots who are diligently “sucking and swallowing” in the lessons learned by the hardcore examples of their teacher.

In the meantime she will find another fool gullible enough to marry her once again in a manner comparable to Liz Taylor, Zsa Zsa Gabor and more recently Jennifer Lopez. Hey, maybe they should offer a ten marriage license value pack for those in Hollywood who just can’t get enough of saying “I DO!”

But at least Liz Taylor had some REAL TALENT, Zsa Zsa had REAL SEX APPEAL and Jeniffer Lopez has a BETTER BACKSIDE!

I have a funny feeling that Kim Kardasian’s media dominance hasn’t EVEN BEGUN!

If they pay this high profile whore enough money she would probably marry Flavor Flav next if the ratings and sponsor were guaranteed!