Some of the people who have positioned themselves in your life as friends will steal from you much more than the strangers that you are guard to do so.

These pseudo friends came into your life with no other reason but to get an inside track on what you have in abundance.

These people most often feel that you don’t deserve what you have and that to leech from you is no big deal at all.

They have turned themselves from the total stranger status that they once had by speaking with you casually, learning how you think and what you are passionate about.

While you thought nothing of dropping your guard to let this wonderful friendly person in to your inner circle, they had their eye on the prize of what they had in mind to take from you.

If you had a magic crystal ball and could look into their disastrous past, you would find relationship after broken relationship and friendships that have come to an abrupt halt shortly after they’ve acquired something of worth from those discarded entities who were banished after so kindheartedly sharing their good fortune with this opportunistic leech.

Do you think that it’s easy to spot these professional chameleons before they strike?

These masters of deception always have a way of broadsiding you because they have studied you for a relatively long time and use your kind heart, integrity, character and caring spirit against YOU!

And in actuality by the time they’ve entered into you space, they’ve perfected the art of leeching so well that even the most discerning of us would find it hard to detect their not so noble focus on our precious money and resources.

One of their methods to getting themselves into position to rob you is to pick up on your rhythms through casual conversation on how you feel about the many issues in the world and what you feel strongly about.

They listen keenly to your words and take in every bit of information on your psychological makeup in order to echo your mentality back to you over a time so that they will appeal to you in the most impressive manner.

Once they’ve had time to absorb the imprint of your basic personality, they will become a bit more aggressive in hour verbal exchanges in order to reel you in like a fish caught on a hook after biting the bait on the hook.

They also have a way of projecting into the future some grand promise of something they can do for you over and above what you expected of them prior to you getting to know them. They might even execute small gestures of kindness to you that were really something that they usurped from someone else’s act of kindness.

They rarely ever do generate anything from their own efforts in order to do something nice for someone. And even if they did do something for you it is only a down payment on the future hustle of you and is viewed as a temporary investment into what they plan to ultimately get out of you.

And do understand, just like that under the radar womanizer, he or she doesn’t save their efforts by working on one potential victim at a time, they work on many and are presently in several different stages of deception on others.

They do this so that they’ll have multiple safety nets to catch them just in case they are discovered or may need a quick escape route when on of their other victims cut off the supply of free aid.

One of the biggest tactics that they have in their arsenal is the ability to project a wholesome image to you that doesn’t seem to be anxious to push themselves into your world.

They are very friendly, engaging and captivating and won’t refuse any opportunity to get deeper into your world once you invite them in on your own accord.

Most will project to you a clean hard working image and always be a welcome addition to any function or gathering that you regularly attend which allows them the great opportunity to not only sink their claws deeper into your life but to find other unaware victims to use after you sign off on their “pristine” character!

…….they are just too slick!

But even with that projected wholesome image they never let you into THEIR world because of the instability of their friendships and the fact that they would never want you to make a connection with another one of their “victims in progress” which would allow you to pick up on what they’re about when one of you get hit by them for your personal jackpot.

But for some reason their bedazzling conversation and engagement with you seem to keep you from questioning their actual life on a personal level and when you do they halt the inquiries by the flattery of your character and achievements.

…….well, who doesn’t like to hear a great word spoken from others about themselves?

Most of us do!

But be very careful when the compliments start rolling in big time because this is when they have already positioned themselves to take your connection to the next level and are confident that they can get away with the heist! 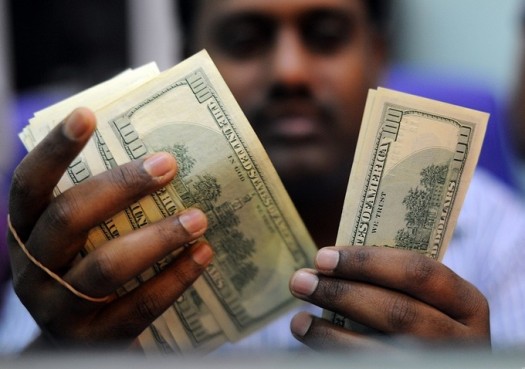 They will never really ask for your help directly but they will present to you a hardship styled dilemma that they know you could help them with and are now cashing in on all of the hard work that they have put in on your psyche in order to manipulate you into helping them out of the kindness of your heart.

Even when they might ask for money directly understand that the request for aid will come after a long sob story that will literally force your hand to give even when you smell a rat!

Be strong and don’t do it!

…….and please do not think that money is the only goal here for them. Sometimes the hustle of you fan go on longer when it’s NOT money but it could be your resources, services and goods that they are after.

Maybe you haven’t picked up on the fact that they always seems to drop in around dinner time so that they can get a meal that will save them from spending money on food that night.

It doesn’t have to happen every night, why should it when this leech has 30 other households who have befriended them to enable them to come by to your house once every month keeping you on a culinary rotation that you will never pick up on!

Maybe you have a car or two in your yard that you are not using but loan to this person enough to the point where you will just tell them to hold on to it indefinitely.

Guess who is grinning from ear to ear?

Maybe you own a home where you have several empty bedrooms?

Well don’t be surprised when this new friend finds himself dropping by to help you cut the lawn, make some household repairs or to help you with some heavy work in your home causing you to see them as being a very valuable person to have around you.

This just might be the setup to asking you if you know of anyone renting a room hoping beyond hope that you simply tell them to move on in for free and just help them with the chores around the house to cover their rent.

While there are many innocent situations and wonderful people out here who may need a helping hand from time to time the one thing that makes the difference between knowing who is a leech and who is not is that you will know their personal lives a bit more in depth than this friendly stranger who you really have no reference points from which to judge from.

Anyone who wants your trust needs to EARN your trust!

Not by flattery or aligning themselves with your philosophy, but by allowing you to really see over a long period of time on how they live with no stones left unturned and baring it all.

This is a natural process and if it’s your gut feeling that something is not right, then do not proceed with any dealing with this individual to put some space between the both of you.

Often times you will realize that when you were in need in your life there were very few who extended themselves to you when you didn’t really know how you where going to make it. But lo and behold,, when you finally have reached that lovely saturation point of having all of your bills paid on time along with the ability to save some money for a good long while, here they come!

It’s almost like you have the letters ATM written across your forehead because they will just not stop coming with the sob stories!

They will keep coming at you until you give in and when it’s time to pay you back they are nowhere to be found! They will even see you in the street and act as though there is no obligation to return the used resources or loan of cash with a straight face as though it never took place.

So whether you attempt to recover your funds is up to you, but do know that a valuable lesson has been learned from this as this entity can NEVER come back to you ever again!

Another bridge burned down that they can never cross again. You simply paid them off to stay out of your world.

But what do they care? They are now working their deceptive magic on the next victim as their hustle of the kind hearts of the world continues on……

Learn from this point on how to say the word NO!

…….haven’t you worked too hard to NOT know how to say the word?

Previous : The LanceScurv Monday Night Open Discussion Forum # 80
Next : Why Do We Wait For A Tragedy To Hit Us Before We Acknowledge A Higher Power Even Exists?