I’m giving big respects to Chuck D for doing the right thing in using his massive influence to call out New York’s Hot 97 Hip Hop radio station on Twitter on the cultural responsibilities that radio stations have for the people that they are supposed to serve, especially since they have profited greatly from the culture that they didn’t create.

And what better way to support the culture than to support the up and coming smaller acts that usually get overshadowed by the sure shot big names that never seem to disappear from the spotlight.

If you ask me, this is bigger than Hot 97 but for Chuck D to voice his right and exact thoughts on this topic so publicly is a great thing because most artists who hold such an iconic status simply don’t have the gonads to stand up to the vultures who prostitute our culture for their profit! 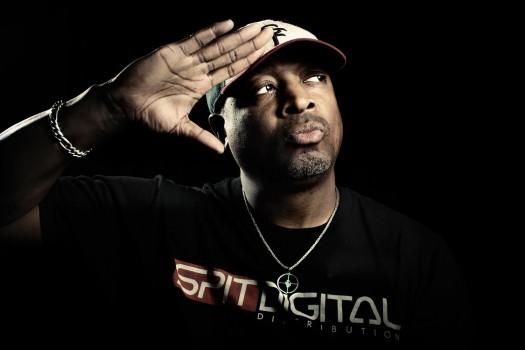 It was actually an open dialogue on Twitter between Chuck D and Hot 97’s Ebro Darden and Peter Rosenberg.

They actually agreed with some of Chuck D’s points but nevertheless defended the station putting the blame on the listening public who fails to participate enough in fan involvement and the actual record sales.

But their conversation went back and forth like Muhammad Ali and Joe Frazier in the “Thrilla In Manilla”, with both sides speaking on who really control the Hip Hop culture with Chuck touching on the frequent use of the “N” word in too many of our songs.

He put the question out there if whether the reaction would be the same if there were Ant-Semitic slurs used:

“If there was a festival and it was filled with anti-Semitic slurs… or racial slurs at anyone but black people, what do you think would happen?”

Imagine how strong we could be as a people if we controlled every aspect of our culture that profits others who don’t even really like us?

Imagine if we received all of that money that those White kids in suburban America spend on their favorite Hip Hop artists and what it could do for us in the job market as well as our economy overall?

Who made the rule that someone else has to have financial control over our creative property while we get the fame and maybe a few pennies on the dollar that will quickly vanish?

Yes, it is a known fact that we can be our own worst enemies when a few thousand dollars are waved in our faces by the vultures who we sign our lives away to because we simply didn’t know any better or have any control.

But we have got to understand that those who control our culture do not like or love us at all or they would not be exploiting us as they do.

They damn sure wouldn’t allow us to possess a modicum of power, influence and control over their musical artists. There would be a public outcry if that was even uttered as a joke out of the mouth of someone who could make that happen from behind the scenes.

What more legendary and influential artists must do is step up to the plate like Chuck D has and begin to open the minds of our younger artists as to how this lopsided game is being played.

Sure, there will always be sellouts who simply think only for themselves and never for the overall health of the culture but those who know better have got to do better!

But how many really will follow through? We know the others that we can count on because they have been doing it for years while being ignored by the mainstream media.

Professor Griff and KRS-One get big props in this area but again, how many will really carry the torch in Hip Hop Culture for what is right?

This music is ours and no one can deny its origins in the South Bronx back in the seventies. When everyone laughed at us for developing our own lane and supporting our own neighborhood performers, many who felt they were “in the know” laughed at us and to themselves because surely nothing as comical as Hip Hop could ever last or go any further than the ‘hoods from where it was born.

But lo and behold the entire WORLD validated what our early pioneers felt deep down in the inner recesses of their creative souls and the world will never be the same because of this new found original art form.

They refused to allow anyone one else from outside of the culture dictate to them what they knew was right from within their soul.

So because of this creative tsunami of ours that shocked the world, those who wouldn’t even look to give us the time of day in their segregated boardrooms couldn’t get enough of us because they shrewdly deceived many of us with the fine print as we signed the dotted line with a pile of cash set right in front of us to keep us from ever questioning the nooses that doubled contracts that we thought were so good.

Funny,somebody here thought my blood pressure was raised because I AM sitting on a plane typing. Im calm,pass the grey poupon while I bomb

We bit the forbidden fruit and we have no one else to blame for it except ourselves.

Samson had to find out what was in the heart of Delila when he shared the secret to his strength with her and the only way for him to get it back was to return to his former state and let his hair grow.

Well Hip Hop music found out what was in the heart of these Jewish, White and sellout Black vultures in “The Industry” and quickly discovered that their strength was robbed and paraded by another who couldn’t have produced something as dynamic on their own if their very lives depended on it!

But the question remains, how do we take back control of something that bears our name?

When a fighter who has enjoyed a measure of success finds himself taken advantage of not only in the boxing ring, but at the negotiating table by his wayward management, he has got to take back control of his own affairs as he should to ensure that he doesn’t end up broke and out of doors.

He will also have to go back to the habits and practices that got him winning in the first place and get stay with the formula that got him to that rare level and zone of success.

This is what Hip Hop Culture and those who are at the grassroots must do whether they carry the prominence of a Chuck D or simply a neighborhood rapper with huge dreams that he wishes to make come true.

We’ve got to get back to our roots.

We’ve got to own our own local radio stations and support them as well as the local artists who are showcased on them.

We’ve got to actually purchase their music to show support to them because they have to pay for studio time, equipment and all of the costs of getting their music out there.

I remember when Hip Hop had a more underground feel because we really had no where else to occupy on the radio dials except for those late night slots that rocked when most of the world was fast asleep.

To me the art form was more pure and lethal back the because there was no business model to follow and no pressure to make the cut, we did what we did out of love and the artists reflected the pulse of the communities from which they came out of. 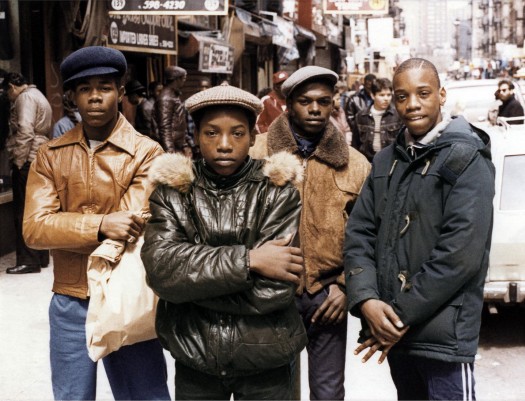 We empowered ourselves with this often misunderstood form of expression while the vultures looked on in amazement as they plotted their way into this powerful ever growing medium.

The only way for us to take back full control of our precious and beloved Hip Hop music is to start all over again at the root and motivate our people to support the artists with what little they have no matter what it may be.

Let’s get back into the parks and let the kids hear the real Hip Hop heads spit their guts out so that we can stimulate raw fresh talent and let us teach them to hold on to what they have and never sell themselves short because of their ignorance into the inner workings of a demonic industry whose primary goal is to chew you up and spit you out after totally exploiting you!

Chuck D. set the ball rolling and it’s up to us to take heed and keep it going until we SHUT ‘EM DOWN!

Previous : Even Jesus Can’t Save Black People From Their Own Religious Foolishness!
Next : Pedophile Teacher Gets A Beatdown With A Baseball Bat By An Angry Father!

Thats whats up homie. Props on this. I hope people are paying attention.