When the news of the passing of actor and celebrity Michael Clark Duncan came to me, it was a shock in some respects because of the strength he exuded physically and that overall picture of health that he appeared to be.

Now granted, he did mention that he had health issues that he did not specify exactly or go into any detail of what they were but I never got the feeling that his life was in danger even after he was on a respirator after suffering a heart attack this past July.

But I guess that one is on me because anyone else I would feel probably wouldn’t make it but because of the image that I had in my head about him I always felt he would pull through.

Now usually when I write about someone who passed away I try to do it in a way that is slightly different because of the tsunami of articles and blogs out here that will begin to sound redundant in the manner that they continue to belch up the same facts over and over.

I won’t waste my or your time doing that today. 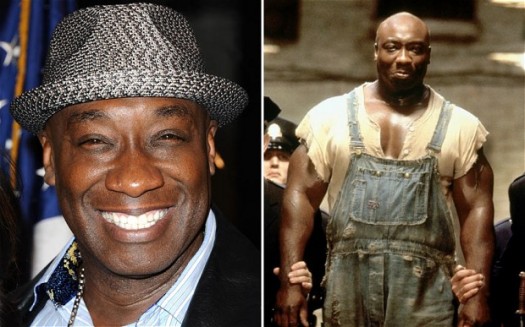 But let me share with you the message that came to me this morning upon waking up after the news of his passing had a time to settle in on my subconscious mind…….

Michael Clark Duncan was a picture of overwhelming strength and was a larger than life character mainly because his kind and mannerable personality betrayed the brute force of might that he obviously possessed, the man was a certified gentle giant!

While I am quite sure that he dealt with his health issues accordingly, I began to think about all of those who I know who don’t really get their regular checkups or even go to the doctor at all because as they will tell you that they “feel good!”

Feeling good at the moment doesn’t give anyone an indication as to the state of their health and it is a poor litmus test of ones physical state because things can hit us so suddenly and we can be here today and gone tomorrow so quickly.

We not only have to be thankful of every moment that God blesses us with but we also have to understand that we have a hand in keeping ourselves here a little longer and that is a direct result of how we take care of ourselves and maintain our health.

Everyone knows that for the most part that I’ve advanced into the lifestyle where I’ve shunned all living flesh from my diet just as our beloved Mr. Duncan has but that is just one small step toward taking care of my health and I just don’t take any aspect of it for granted.

Too many people just overlook their health and go about their way only visiting a doctor when something seems to be going wrong. But for the most part we seem to be content with things the way they are and will ride out in life until the “wheels” of our good health fall off!

This is not the right way to approach the care and maintenance of our bodies if we want to extend our stay on this wonderful planet, we have got to be proactive and always “look over the horizon” to stop any condition of malfunction from sneaking up on us in a bad way when we could have caught it early and snuffed out its threat to our health.

Now understand that I am in no way saying this to infer that Mr. Duncan was like this toward his health in his personal life at all, it’s just that his passing spawned me to share my thoughts on the poor approach to health that I witness constantly on a day to day basis as it seems like too many people are passing away too early when it could have been prevented.

Do not let your muscles or feeling of well being cause you to postpone that trip to the doctor just to make sure that your health isn’t being compromised because of the deadly habit of neglect. Ladies, do NOT let the illusion of sexiness and “still having it” cause you to think that you still “got it” because you can still fit into that hot dress or hot pants that you used to wear when you were turning heads and causing automobile accidents just from the mere act of walking down the street.

There are a whole lot of sexy women being dropped into caskets these days because some of them cared more about their weave than they did their health! Heck, many wouldn’t complain ABOUT the price of a weave but would “bitch” about the costs incurred from going to their yearly checkup at least!

We have got to do better!

We have got to get our priorities straight! Too many of us strive to own that dream car one day while neglecting the dream vehicle of the gift of our miracle bodies that we are already in!

We will put cheap food in our bodies but demand that we replace the oil in our vehicles with the best grade during our oil changes or the most expensive gas every time we refuel and not see the irony that transpires when we leave this earth with a car in our driveways that was so well kept as we pass on prematurely due to the neglect of our heavenly physical bodies that was given to us by the Creator Himself!

Yes, I know that it is tough when one doesn’t have health insurance and that it really could be super expensive when you have to pay for the treatment of any kind when you don’t have that particular advantage going for you but understand that so much can be done to PREVENT you from having to go there in the first place if we would only follow the divine dietary laws put down to us in scripture that will help us to circumvent most preventable conditions that we see in epidemic proportions in our neighborhoods today.

I’ve spoken so much on this in other blogs and videos and will not get up on the soapbox and preach the same old thing today but I will say that we know better and that if we so desired the information to improve our health we can get it so easily especially if you are reading this article which shows that you have an internet connection!

We spend too much time on foolishness while online and can take a little time to research and study something that would teach us something of worth instead of the foolishness that we absorb here everyday that is mentally and spiritual toxic.

I myself have recently reaccessed my life and have come to the conclusion that I must do some housecleaning as far as how I eat, the people that I spend time with and where I stand on a spiritual level.

I had to take that hard look because I for the most part like many to whom I’ve spoken of previously in this article had taken my health and life for granted. I am at a place right now where I am enjoying every moment of every day and do not need any cheap thrill to enhance my life because I am blessed over and above most!

That being said where ever you stand in you earthly walk, if you have good health then you have been blessed more than you know! Don’t neglect it and don’t take it for granted because once the downward spiral of poor health begins to overtake your being, it could be a never ending battle of one thing going wrong after another.

Cherish what God has given you and study up on how to keep yourself in perfect running order. God didn’t give us a cheap body to live in and we surely need to start treating it as thus.

…….to do so would keep us here to enjoy this beautiful life for a long long time to come!

That being said, thank you for all that you’ve done for us Mr. Michael Clark Duncan, you will be missed and your passing will hopefully help us who are still here to raise our awareness as much as your work on the screen has inspired us to be at our best! Also, we who ARE still amongst the living should never stop giving thanks to the God above for just one more day, we’ll never understand how precious it is until we see those final few grains of sand pouring down to the bottom of the hourglass that is our life!

Maintain and preserve it the BEST way you can!