We run ourselves wild over the so called gifts that will soon be broken and thrown down in the corner of the room yet we never give thanks to God for the living breathing gifts that are given to us so freely in the form of our artists. While many amused themselves with the trinkets that came with the territory of the Christmas festivities, one such gift was soon to pass on to the next level in the form of soulful songstress Teena Marie. The day after Christmas. The day that MANY rushed to the malls to make their returns. Yet one of our stars made HER return at the calling of our Father. 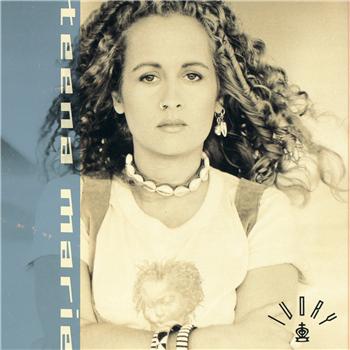 For we know not when our time will come to be called to glory but again let me urge you to always pay homage to our artists and their Creator while they are amongst the living because they are the gift that truly keeps on giving. Why do I say that? Well, whoever your favorites may be, all throughout your life, they have been there to creatively “mark” those special occasions in life big or small in a special way to the point where when you put on their song to play, it is almost like having your own personal video playing in your head!

Now, I admit that I haven’t thought of Teena Marie much in the last few months although I did find myself playing her song “Square Biz” a few weeks ago once or twice. But looking back to the early eighties when I was finishing up my teen years she was a crucial part of my life from then going into my early twenties as she bookmarked the relationships that I had been in at that time. I am quite sure many of you can say the same about her also if your share the same birth time as I.

Her song with Rick James, Fire and Desire, LORD…..! Who can forget that? How many of us were taken to the brink of ecstasy while listening to THAT classic? I know I have, and I can think of a few individuals who thought about those same memories to that song in THOSE places when they heard of her passing! Oh-la-la-la! Who can deny the soul in that woman’s voice? And let me say this from the hip for the record, very few could ooze the soul in that woman’s voice as it is an obvious fact that she is White! So this is proof positive that Black folks will support you and accept and EMBRACE you no matter WHAT packaging you arrive to this planet in and this is the way it should be across the board! Who hasn’t heard the sisters at some point say about Teena that “that White gurl can sang her ass off child!” I’m just putting it our there as it is!

As a gift of the divine Teena Marie was put here to let us all know that “soul” can manifest itself through anyone and if you have it, there is NO denying that you “got it!” Regardless as to the details of her passing, her presence was a very unique visitation on the psyches of our culture as she broke the rules and took us all by surprise with her good looks and earthiness that was the blueprint for many others who came behind her. Could Madonna have stepped onto the scene as confidently as she did if not for the partial blueprint and path forged by Teena Marie?

It’s almost like the time when you tried to open the peanut butter jar but were unsuccessful but when you passed it to the next person to open they did it without a struggle! And what did you say to that? You said that YOU were the one who REALLY opened it to make it easier for them to accomplish the task. Now I am not saying that Teena Marie was unsuccessful and Madonna was, even though I think Madonna made a TON of money in her stretch of musical/entertainment dominance.

But the success of Teena Marie couldn’t be measured in dollars and cents alone.

Although Madonna worked hard for her success and was a shrewd businesswoman when you look back on her career moves, we actually embraced Teena even more so because she was that around the way girl and an honorary sister who had the ‘hood credibility” regardless of the color of her skin. Plus, she wasn’t looked at as a media creation, she was the real thing! And don’t we all know a Teena Marie in our upbringing? This is not about color, this is about looking past the color to see the soul that this woman possessed!

It seems as though in every passing year I am writing more and more about our great expressionists passing on and while it is an inevitable happening I am starting to get sick and tired of realizing how we as a collective fail to show them the love that they have earned over and above until it’s just too late. So while I will allow the other bloggers to research the facts about this beautiful Diva’s life to put it so called perspective, I just wanted to rant about a few things that her passing has triggered off in my mind.

Gone are the days of packed live concerts with REAL instruments and TRUE vocalists who can STILL bring the house down even when there was a power outage and the microphone stopped working! Who can do that of the present generation? Yes, you MIGHT be able to mention one or two names but today’s batch of media creations CANNOT compare to that long gone era where each performers voice had a personality all their own. You didn’t have to stop and listen to try to figure out WHO it was singing the song, you KNEW who it was hands down. Try that these days, this is why many of today’s artists sound NOTHING LIKE what their recordings sound like. This is the cloth from which Ms. Teena Marie was divinely cut from.

Sure, she was always around Rick James, and while I am not at liberty to speak on her or his persoanl life, I believe that it was acdepted that they had some kind of relationship. How long or how deep is none of my business if they had any at all, I am only mentioning this to say that back in the days it was well documented that Rick James led a somewhat hedonistic life along with the substances that seem to go along with a famous lifestyle. Well, I do NOT want to hear about any of this at all with our stars because if truth be told it is what it is.

Why can’t we just see the gift of music and the gift of love that they shared with us in the short period of time that they WERE with us? Stop digging for dirt because EVERYONE has dirt even you and I! Yes, I have a ton of so called dirt that would definitely surface if I were to become famous, and if I had an “E! True Hollywood Story” done on MY life, it would probably be a non stop 48 hour program! But that bothers me not because at the end of the day, the dirt slingers will NOT have a legacy that will live on after they pass and the haters will vaporize into nothingness while the light of the stars shine on!

It is like this in nature whether we know it or not.

When you look up into the sky to see the thousands of bright lights tittilating your vision understand that many of those stars and heavenly bodies do not exist anymore on the physical plane. Yet, the light that they reflected STILL LIVES ON! Many of those stars have been gone millions of years ago but you can still see them because their distance was so vast that the light is still traveling through space and just getting here after so many years gone! Well isn’t it like that with our “stars” here on earth? Long after they are gone their “light” shines far beyond their physical time here on earth to people who are not yet born!

Amazing to say the least!

How many lovers will make love to the music of Luther Vandross and exchange vows soon thereafter?

How many kids will be amazed at the talents of Michael Jackson and attempt to emulate dance moves that were around before they wereeven conceived?

How many will absorb the songs and lyrics of John Lennon and find deeper meaning into them even though their lifespan never overlapped his?

I could go on and on and I believe you get the point, so for the short time that our dear Teena Marie shot through the musical sky brightening it in her own unique way creating the tone that was a backdrop for many of our own unforgettable personal memories, let us thank the God above for the gift that she IS as she will live on in our minds, subconscious and conscious to escort us through this life until it is our time to graduate on.

So in appreciation for all she shared, let us hit up YouTube and share her music with our younger folks and tell them a story or two that was unique from back in the days when we rocked Square Biz, Fire & Desire, Oh La-La-la,
Lover Girl, I Need Your Lovin’ and the list goes on and on…….

Our culture is not about race, it’s about a shared set of practices that bring a people together. Whether it be the love of music, food, dance, games or ritual. Whatever it may be, our designated and chosen stars are our blessings to weave like a thread through the various cultural practices and hold us all together through the victories and challenges of this life. Let us always celebrate our culture and the icons who reflect that powerful love that we hold for each other as our Father looks down on us in a pleasing manner. What would life be without culture? R.I.P Lover Girl. You will surely be missed…….