The title of this blog sounds like an advertisement for a new type of laundry detergent doesn’t it? As far as I’m concerned, soap is soap, when you are NOT clean and in dire need of washing yourself or your garments, any old soap will suffice, wouldn’t you agree? 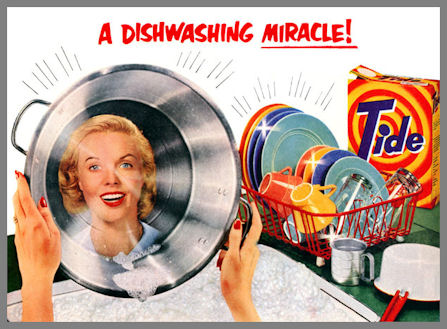 But of course with a huge advertising budget, dynamic and compelling packaging and a very favorable scent added chemically, we are sold the same old tired product and we divvy out extra funds for the privilege of being ripped off!

Ripped off and PROUD of it!

Can’t we just act so fickle at times?

How many times can the wheel be reinvented?

Yet, we, can be worn down, stressed out, beat up and sucked dry (Get  your mind out of the gutter! Lol!) and we wouldn’t even indulge in the simple practices that will have US renewed, rejuvenated and refreshed!
We will put our limited resources toward an inanimate object and pray it will elevate our realities instead of investing in our well being by living in balance with the universe and the world around us!

We watch television like a trained puppy absorbing all types of mind numbing programming that makes us feel that if we want those artificially engineered dream lives displayed, that we have to go out and purchase the product immediately!

So you will eventually become deficient financially, emotionally, spiritually and mentally with a house FULL of the latest and most impressive gadgetry while you are on the express lane to sickness and depression.

Is this what life is all about?

You must understand that this is a substitute world that has been marketed to appeal to you on a deeply subconscious level. At first appearance, the indulges seem to be greater and more titillating than anything that be taught to you in any old “boring house of worship!” Isn’t it something how when we are younger we think this way and crave so much to “go out there” into the substitute world to get our taste of it? Well, as many of you can attest, it won’t be long before you are running BACK to that same spiritual upbringing in order to shake off the dirt, drama, scandal, scars and pain that you got not only a “taste” of, but a HUGE HELPING that scared you enough to WANT to come back to the boring principles that you were taught early on!

But you didn’t know that when you were younger and find yourself like so many others saying to yourself: “If I could ONLY turn back the hands of time and do this ALL over again!” LOL!

Yes! You KNOW you have said this!

Now, you KNOW that you love your babies, but if many had the chance to do it over again they would have waited until they made their circumstances more favorable before bringing another mouth to feed into this world. But, that “penis” was just TOO GOOD to leave alone!

Where is that “penis” now and would you make the same choice in a man if you had the maturity that you do know? Because if truth be told, a sex organ is a sex organ is a sex organ. Point blank, let me ask you……did it ever occur to you when you were disrobing to commit that delicious act that there was an individual connected to that stiff penis who has a unique personality with possibly some potential good sides as well as the potential for bad?

But, NO ONE puts their WORST FOOT forward and now you know most men will say just about ANYTHING to take a temporary residence between those pretty thighs of yours to make a deposit that most never stick around long enough to deal with the “interest!”

If you had done things the right way you wouldn’t be so beat up right now and actually be renewed, rejuvenated and refreshed!

How is that you say?

Well, each phase of life brings new challenges that just did NOT exist in the prior phase. When you were a toddler, you didn’t have to concern yourself with feminine napkins until that fateful day that you were warned of when you went to the bathroom and discovered…..well, you know what I am speaking about!

You didn’t worry about taking care of a baby until that fateful day when you WERE anticipating your “friend” to come around that time of the month and it didn’t…… now you are thrust into motherhood unexpectedly and have no need for those same napkins for the next few months.

As a mother over adolescent children you may not have been prepared for your son to say that his girlfriend is saying that “he is the one” or your daughter to come to you crying and telling you that “I only did it because he said he loved me!” Here you are just getting a grip on so many facets in your life and now you are going to be a grandmother.

But you can possess the strength to defeat the substitute world if you are walking in the spirit of righteousness and keeping yourself on the straight and narrow as much as you can. Do know even then that we ALL slip sometimes and fall short but if we keep on getting up we will succeed in this thing called life.

To walk OUT of this path will drain us down and we will eventually expire long before we are supposed to and look so bad in the process.

Have you ever run into a long lost friend from school or the same neighborhood growing up and saw how bad they looked but just couldn’t tell them that? You may have even bent the truth as your wrinkled, toothless, gaunt and withered acquaintance from back in the day believed it when you told them that they looked even BETTER than when you saw them years ago!

Now why did you do that?

And if you are the one who has maintained your glowing and youthful looks it dawned on you that the both of you have traveled two totally different paths and lived distinctly different lives. You may have followed the life giving principles that our God has laid down for us to follow and your friend may have gone out and done things “their way!” Now the effects of doing things in two completely different manners are evident. But since time creeps so slowly when a person is out there doing there thing, they just don’t notice! Those the they benefits of living according to a substitute law that is in direct opposition to Gods laws that will NEVER let you down and out!

They will keep you renewed, rejuvenated and refreshed!

Even in the face of crisis, these principles keep us just as cool………

Some people will experience a tragedy in this life and freak out while others seem to possess an inner strength that ends up being the pillar of strength for the entire family! Well what they practice is NOT of this frivolous superficial world but the REAL life giving word from God himself! Those types know how to eat, how to budget their time, how to avoid negative situations, how to control their finances, how to restrain their sexual desires until the proper time, how to study to gain wisdom etc.

There is so much studying to do in our life in God word to arm ourselves against any poisonous doctrine from seeping into our minds as we must always be on guard to protect our thoughts at ALL TIMES!

And when you do YOU will be one of those who are known as being renewed, rejuvenated and refreshed even IN a sometimes hostile environment!