While others enjoy the built in institutionalized advantages that come with preferred melanin free skin, I refuse to wear the “grin and bear it” glazed smile of a fool in pain and denial while my very communities need work to be done with a sense of urgency. But the hard work must be prefaced with a knowledge that will build a strong foundation and change us from the pleasure seeking responsibility shunning people that we have become before we could ever be ready for this thing called reparations.

To want to give to the downtrodden Black people is a beautiful thing but it won’t change our situation because we don’t know how to utilize the things that are given to us. Those who have good intentions toward helping our impoverished conditions mean well, but good intentions are not enough. They are insufficient alone and must be coupled with the wisdom to understand that we can not merely toss away our precious hard earned resources on a foolish thinking people who have not a clue as to the true value of what we seek to give to the divine cause of uplifting. We must also have a wise long term strategy along with it to maximize the chances of the goal of self empowerment to be successful.

Do I believe in reparations? SURE! Many others have received them and it would be the right thing for this government to do but do you think I would waste a precious minute of my time sitting down begging for something that these hateful leaders do not have any intentions of giving? NO! And if we DID get anything from this government with our narrow way of thinking it wouldn’t be long before the non Black businesses in the non white communities would benefit from it because we would go right back and give it right to them in record time with foolish purchases! We would! Would you give an eight year old one thousand dollars and really expect that child to handle it wisely? They would act “a fool” from even having that amount at their disposal! 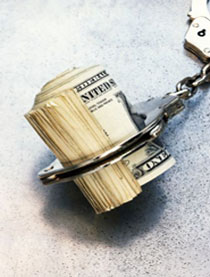 If the government gave us who live in the ghettos (Not everyone there, but those who possess a ghetto mentality there and abroad!) the inheritance money earned from the sweat of our forefather’s brow, the murder rate would spike to record levels in no time because of the rush of funds that end up on the gambling table. The luxury car dealerships would report record sales. The dope dealers would wonder where all of their good fortune is coming from! Prostitutes would have to refuse business ’cause their “parts” wouldn’t be able to handle the huge demand and workload. LOL! Immigration, legal and so-called illegal, would spike the record books because as every good foreigner who arrives to these shores are made to understand, the Black community is a community that will make sure their neighborhoods across town will eventually be lined with gold after doing business with them. We spend our money with others so foolishly and are known for high profit margins indeed! They know this because we as a people generally do not produce anything of value as we have the consumer mentality. The sad part about this is that for those of us who venture into righteous capitalism for our people generally do not GET SUPPORTED by our people because of the crab in the barrel mentality.

Not to get off of the subject, but right here in Orlando in the Pine Hills section is a small mall called “J-Mart. This mall is considered low end and is a small collective of independent merchants who have set up shop in sectioned off rented areas selling various goods, clothing, jewelry etc. It is a ‘hood mall at best but does generate plenty of profit due to our targeted youth who rush to spend their money there without much thought. What amazes me time and time again is how we do not patronize something that is necessary but spend with those who could care less about our condition. There was a Black book store within the mall that had very valuable books on our history, culture and knowledge that one would not receive in the public school system. I was overjoyed and visited there regularly in an attempt to purchase all that I could to deepen my wisdom and scope so I could live more independently and efficiently as a Black man who lives in an oppressive society. It was like being fed after being starved for so long! But the funny thing that always struck me how empty this wonderful establishment was. When I would go there, I was the only one studying these shelves and debating which book I would purchase that day. No one else ever entered, customers would only give a passing glance while they stumbled over each other to give there money to the Korean vendors who dominated this place with their offerings of gold teeth, huge doorknocker earrings, 10 carat (If THAT much!) gold bracelets and other trinkets that had as much value as the tin from that can of beans you had last week.

I watched my young (And not so young!) brothers and sisters grin with orgasmic pleasure as they adorned themselves with junk that temporarily gave them the rush to not feel the low self esteem that drives them to be victims of the mass marketing campaigns that these bigger companies, music videos and television/radio ads indulge us in the first place.

Where will it end?

When will we see that it doesn’t make sense to live in an apartment where we gain no equity after the years we pay rent but yet we strut our gold laced backsides down the street like we own the world? We study our hijacked culture on BET memorizing every word to some of these ebonically sugar dipped videos and reality television shows, foolishly thinking we are up on what’s current in our immediate lives, but have NO clue if the local government is planning to build a highway in two years right through where your home is located because it is too boring to attend a neighborhood meeting with local officials. Before we could even THINK about receiving reparations we need to get our priorities straight as well as our heads.