You must know that you were made by God and therefore made by the best!

You must embrace that you are the ONLY one of you ever made in history and that there will never ever be another person to walk the face of this earth like you!

Your mission is to develop your unique set of special qualities, divine talents and attributes to the point where you stand out from the crowd without even having to mumble a word of self promotion.

This is truly a wonderful situation to be in that sadly the majority of the population fails or refuses to see because their minds have become so conditioned to accept mediocrity and normalcy as the ultimate and final destiny in this life.

Prove my point you ask?

Well, go to any sports or entertainment venue across the world. It doesn’t matter with one or in what country, just go ahead and purchase a ticket to the event and sit in the audience and scope out the crowd.

You will see 99.999% of the time that there are more people sitting in the audience than the actual performers that they paid to come there to watch.

That’s not to say that the colorful unique people of the world don’t go to a sports event or live concert every now and again but it sure proves that their are a whole lot more fans that the people who are actually producing magic with their individual brand of uniqueness.

And I said that this state of mind is sad because at some point many of these individuals have truly accepted the fact that a job, a home, a car and maybe some sort of dysfunctional relationship is the best it will get for them and that they really should be happy with that.

I have a problem with this type of mindset and just can’t accept it or incorporate it into my life for even a second!

At one point in our culture to truly develop the individual qualities that separated us from our peers was encouraged as opposed to the present day cookie cutter culture that coaxes everyone who will believe it to be carbon copies of one another until the fad runs it’s course. 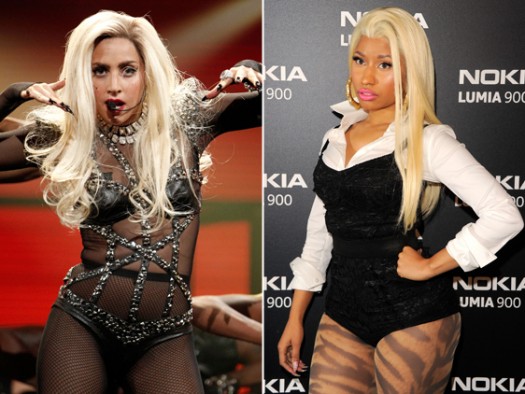 Now I can excuse a teenager who seeks to find out who they are by trying out the many persona’s available to them for fitting in the dressing room of the mainstream media. But when you see grown men and women who are basking in the sauce of mediocrity and hating anyone who isn’t accepting that mental form of a crab filled barrel is one of the saddest phenomenons yet!

Have they given up? YES THEY HAVE! Have I given up? NEVER!

When this happens in your midst you will quickly have to separate yourself from their company and limit the time that you spend with them in order to keep the essence of their negative tea bags from seeping into your boiled water of positivity!

It’s as simple as that.

You have to believe in yourself and embrace the fact that with each passing day comes a great opportunity to embrace the uplifting energy of others while expanding your mental, physical, financial and spiritual limitations that this mediocre world will attempt to impose on you.

If that thought alone isn’t enough to get your adrenalin flowing and the juices of enthusiasm running then I say just go right ahead to the morgue and check in because YOU are officially the walking deceased!

But even more amazing is the amount of work that many will “undertake” (As in undertaker, lol, you see? These people are really dead to the world for sure!) in order to convince you that you are not going to make it or that you don’t have what it takes.

Imagine if you, when you were a sperm listened to the other sperm who couldn’t swim as fast as you told you that it’s just too hard to swim upstream and that we should all give up and hang out here because you’re not going to make it anyway.

If you had a defeatist attitude such as that then you never would have made it here to embrace and experience the blessing of life!

I mean, look at this and understand, they don’t have enough drive to relentlessly pursue their desires area of expertise yet they have enough determination to spend precious time to attempt to convince YOU that you are wasting your time in pursuing a goal.

This to me my friend is the true definition of a disconnected loser. Disconnected? Yes. What I mean is that these types of negative based individuals are detached from the unlimited power of God and are plugged into some “other” type of energy that will never beget the seeds of greatness planted deep within them to manifest and grow like they could if they had a different mentality.

These are the people who are the seducing spirits of failure who never give up in trying to keep you in that gloomy place that they call home in their hearts. They could be outwardly successful by the standards of the world but they will despise your innocence and refreshed enthusiasm to explore a world that frightens them greatly.

STAY AWAY from these types as if your life depended on it because it DOES!

They will leave you confused, depressed, non productive and in a zone of negativity and self doubt that will cause you to find yourself in a space similar to theirs where the only pleasure out of life derived is from the lower activities of the basic physical human functions of eating, sleeping, having sex and going to the restroom.

They will never see the world as an unlimited untapped potential of a masterpiece like you do and their spirit will always reveal itself to you because a person like this will never be able to maintain a positivity that they really don’t believe in.

So as you ascend to your ultimate manifestation of God’s intent for your life, expect to slowly begin to be quarantined by these sorry people who want you to believe that you risk losing membership in their club of the inner circle of mediocrity.

Who ever said that you were a member of such a doomed set of failures anyway? Let them go!

You have to understand that God gave you a very unique set of talents and a set amount of time to bring them into fruition. You do not have time to seek out the approval of another who doesn’t even believe in themselves or their ability to reinvent themselves.

Know that just the same way that you were born alone you will meet your Creator one on one and face to face in the same manner. So why do these deadweights even matter?

Understand that they have targeted you to bring down because your very enthusiasm shows them up for what they are not doing in this live. You are a constant thorn in their side and instead of attempting to ignore your wonderful achievements – which is something that they will attempt as a tactic to  play with your head until they find out that it doesn’t work – they have taken on the mission of breaking your spirit because they simply do not want to even KNOW that a person like you even exists!

Back away slowly because the world is big enough for their brand of being defeated to exist with your overwhelming enthusiasm to live life to the fullest!

Hey, the last time I remembered taking a scenic stroll through an affluent luxury neighborhood I don’t recall smelling the city dump at all because it was so far away. Learn from that and maintain a solid barrier from these energy robbing parasites at all times.

So understand at all times that when you accept the challenge to make a better life for yourself no matter what the undertaking may be, be prepared for the changes to take place in some of the closest people in your inner circle who may feel that enough is enough and that you shouldn’t venture off into certain areas of change.

Again, know that God NEVER put you here with any boundaries so why should you accept any limits imposed on you by a mere practitioner of the mediocre?

If it’s in your heart to taste another way of life or to tap into another area of your inner being then by all right do so if it is not hurting or depriving another human being from pursuing theirs.

You are a divine masterpiece in the making and absolutely NO ONE has the right to intrude in on that special process in order to stop it in any way.

It’s too big of a world out here and you should most definitely understand that no matter HOW MANY clouds are above you raining down the most intense rain of negativity on your world that the sun behind it never stops shining and beckons onto you to never stop believing because the storm will be over sooner than we think.

Keep your faith, hold on to your truths never letting them go and keep moving forward in your dreams no matter WHAT anyone says that it looks like!

Positive people live positive lives, negative people only have time to watch you while you soar to your divine destiny.

I hope someone received something from my words today. I have to go now, the world is crying out for my presence and the blessings of the day are waiting to cross paths with me.

I’ll tell you all about it later on and hopefully if you think they same way you’ll have a lot to share with me!