The difference between the “me” of now & several years ago is that I can see trouble coming a mile away. I God for the wisdom He gave me.

I’ve learned so much in so little time about human nature and how treacherous it can be when you are discovered to be a generous person with a giving heart. The predators here on this earth will eat you alive once they sense the abundance of your kindness and take it for a certain weakness.

In my personal dealings my “weakness” was merely being in a state of distraction until I woke up in most cases to realize that I’m being hustled. To deal with it for what it is and see the reality of a potentially deadly situation is where people go wrong, you have to sharpen you spirit of discernment and trust in that ability that God gave you because if you don’t you will be taken for your resources each and every time.

This is why I love watching those nature programs that show the animal kingdom up close and personal in a manner that displays the inner working of the food chain of survival. It’s survival of the fittest and if you get caught out there not being alert or rather staying on point, your very life could depend on just one careless oversight that you failed to cover against an attack. 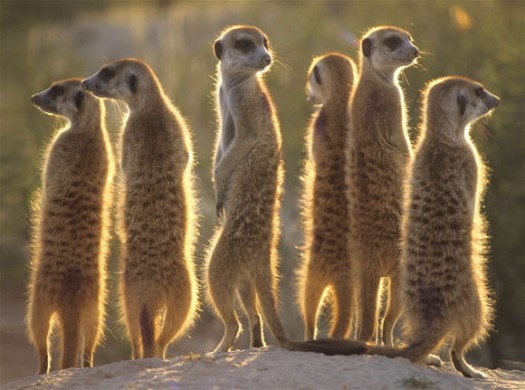 But when you really look into it, we as human beings are the same way, we just dress it up to appear more sophisticated in order to deceive one another for our own personal gain. We dress our words with the so called jargon of “holy men and women of God” in order to get past the defense of those who will take that bullshit on face value. And yes, we pretty much give a free pass to anyone who has the balls to approach us in that way as we’ve been taught not to question the wolves that show up at your door in the saved and sanctified sheep’s clothing of religious deception.

But understand that your resource drainers just don’t come in the form of a righteous appearing individual, you have many out here in the world who give in to their dormant predatory predispositions when the opportunity presents itself.

And these can actually be the most vicious of predators because they will truly go all out in swift fashion as to not be identified as what and who they really are. The window of opportunity to “catch” these predators are slim to none at best.

This is why you must truly stay on point!

And yes, I will receive a ton of e-mail and text messages stating that to think in this manner is a bit to energy draining and bordering on the paranoid. But understand it is better to be proactive in protecting your time, money and emotional resources than to find oneself devastated and in a forced state of recuperation as well as emotionally damaged for years after being the victim of a spiritual or financial vampire whose attack you never saw coming because you failed to see the signs of it that were screaming for your attention.

Staying on point is not paranoia but it’s actually being open to receiving the signs of events and intentions that are so obvious when you are in the spiritually focused zone.

Let’s look to nature for some logical answers on this topic. When you truly examine it, all things in nature will give all living things a sign of what is yet to come. It’s up to us to heed and submit to those signs in order to avert a potential disaster in our life!

When a hurricane, tornado, tsunami or earthquake is about to happen, the animals around us begin to act in a strange manner and literally scream for our attention by their actions to alert us to the fact that something is not right. We are usually so caught up in the “higher” things that humans do to the point where we feel that any animal couldn’t know something before us because we are so much “higher” than them!

I have to say that this also happens between human beings and their different categories of rank and file. Race, money, education, sex, nationality and pedigree just to name a few will cause us to fail to see the truth in each other because it is not from the source that we feel is “on our level.” So we will miss out on a life saving and life changing word that would have made all of the difference in our lives if we had merely heeded the wisdom from that person instead of rejecting that wisdom because of feeling superior to them in our own imaginary way.

But we need to be more receptive to what signs are placed along our path in our walk in this life because this is how our Creator has crafted this world and if we fail to stay connected to our environment and detach ourselves from it because of our imaginary sense of superiority, then we in fact will be the authors of our own doom and not even be aware of it.

that our lives will be preserved and we can live a life that is not cut short because of ignorance to the signposts that will keep us informed along the way.

You will also have those who will come to you in dire need because of an emergency that is not as serious as they appear to make it seem. How do you spell H-O-A-X? This is an attempt to “force your hand” to do something for them that once again will require you to dip into YOUR resources to make managing and dealing with THEIR bottom line easier for them.

Now granted, I am not suggesting that you refuse to aid anyone in distress because I’m usually the first to give the shirt off of my back when someone is TRULY in need, but it’s because of that fact that many individuals have thought to come to me for help when in actuality their dependence on me was actually a form of damage control as they acted irresponsible while in the back of their mind put themselves in a bad position knowing that I would bail them out!

It’s these types of conniving manipulative cunning individuals that I am speaking of.

These types will party their rent money away knowing good and damn well that while they were drinking it up and on the dance floor buying rounds of drinks to impress the ladies (Assuming it is a man but women do this too in other ways also!) that they will come to you to subsidize their splurge like the “good” person that you are!  They really consider you a certified fool if the truth be told!

So stay on point! Lol!  As you can see, that even if I was truly paranoid, that with all that we have to contend with on a low simmering threat level that it would be much better than whistling past the graveyard as if all was balanced with the smiling faces in ones midst!

The bottom line family is that we need to spend some time in deep meditation daily even if we do this for a few moments before we allow the energy of the world to flood our world with the waters of negativity and strange intentions like a dam that has busted releasing the contents of a stagnant disease ridden reservoir.

If we learn to protect ourselves at all times then we wouldn’t have the battle scars that we do if we just took a little time to sharpen the blades of our six senses.

Those were a few short thoughts that I wanted to pass on to you and I do welcome your responses in the comment box below.  Have a wonderful day and again, stay on point!

Your “on point” Brother,

This article is also published as a forum topic here »
This content is available exclusively to members of The LanceScurv Show Patreon at $1.00 or more.