I want to speak to all of the younger people tonight about your sense of individuality.

I’m so tired of battling with those old played out individuals who possess an outdated mind who will never accomplish anything except giving some dead advice to those who can figure out that it’s worthless as they can see right through it.

My problem is that I still possess the youthful enthusiasm and ability to see outside of the oppressive box that the majority of people have bought into simply to be trapped in a system that was set up to never succeed in.

This is why those who are trapped in the dead way of doing things could never admit that their entire lives were spent barking up the wrong tree.

A tree that has left them exhausted, broke, unhealthy, resentful and just too beat down to do anything else but “ride out” their time until they step into the grave that their life has already become.

So what is it that I might know that separates me from being just another aging guy who likes to hear himself talk while never manifesting anything of substance with all of this great knowledge that I claim to have?

Well, I won’t sit here and tell you that I have a ton of degrees from any college or institution of higher learning because I don’t.

I can’t lie to you and say that I’ve ever built a Fortune 500 company from scratch or even made a million dollars free and clear in my lifetime.

I mean, I still haven’t paid my house off yet and I still have to get up and out to punch a clock like everyone else so what is it that I can tell the younger generations and even some of the very few older individuals who haven’t been tainted by the cookie cutter mentality that most unfortunately have today?

I won’t keep you in suspense any longer and I’m sure when you really think about it you will agree.

This is it right here:

REFUSE TO LOSE YOUR SENSE OF INDIVIDUALITY IN TODAY’S WORLD!

All I ask is that you read it again and this time allow it to sink in…….

Let me break down my thoughts on this and why it’s such a great piece of advice that you should hold on to for the rest of your life.

Let me start by saying that in today’s world no matter where you live, the very second that you were born the forces and systems of this world fought hard to rob you of your individuality and your true developing identity that was as unique as the design on each falling snowflake. 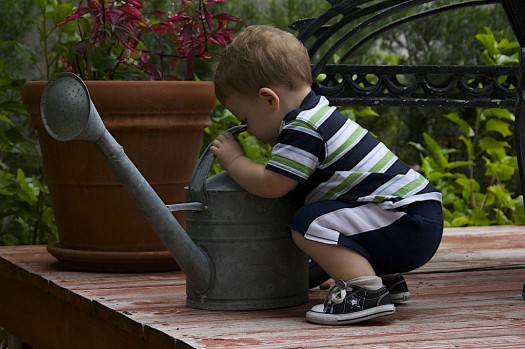 You knew nothing of this battle over your unique personality and way of viewing who you were in relation to the world around you but it was surely there.

For many who were given a common name, you knew that was your name up until the point when you attended school and found out that other unique individuals had your very same name!

What a second! That’s not fair at all! I’m the real – fill in your name here – and that other person is just a fraud!

Well you’ve got to understand that the other person with your name was most likely thinking the same exact thing about you.

So now at that young age you have accepted that you are not as unique as you thought you were because your name is not all your own.

It’s almost comparable to finding out that Santa Claus didn’t exist, especially for those who were lied to by their parents for years and then found out the hard way.

Well afterwards as time moves on we are told by our elders about religion and what is right and what is wrong.

We accept it because they sure as heck must know what they are speaking about. But for the most part THEY were handed down their version of religion and accepted it blindly the same way you probably did until you realized deep down that something wasn’t right about it but didn’t have the guts at the time to challenge it.

You see, as we got older we realized that there was no more room in the world for our individuality so many of us have compromised and slowly chipped away all of the wonderful qualities that we have simply to fit into a box that almost everyone else attempts to conform to.

So conforming seemed to be the cool thing to do. We saw our favorite entertainers, sports icons and stars wear certain clothing or possessed certain mannerisms and we tried our hardest to follow their lead.

As the years rolled by that unique person that came into the world with unlimited potential and capabilities has now been buried under the countless sets of limitations put on them that will keep them disconnected from the individuality that could change the entire world!

Our days are filled with the feeling that something isn’t right and is very uncomfortable like waking in a pair of shoes during a church service that has a small pebble inside of it while we are too embarrassed to acknowledge the pain wearing a fake smile across our face.

This is so very sad and we’ve all been affected by this syndrome.

Even our schools, a place that is supposed to contain the fertile grounds from which our unique qualities are supposed to thrive and amplify have become the oppressive chambers of indoctrination and conformity.

Our school have become places where the imaginations and ability to think outside the box have been targeted for termination and those who don’t follow the curriculum to the letter are labeled as rebellious, strange and unteachable.

Many are given drugs to modify their behavior and even worse some drop out with the feeling that they are a failure because they couldn’t “succeed” in a system that wasn’t created to develop them to be any good for themselves.

The world as it is has become a maze that doesn’t have a way out unless you can think outside the box and rediscover who you are in order to receive this life in a totally different manner from the way you were taught.

This is why they came up with the term “sheeple”, people who are like sheep being led in a system that uses them for their unique traits but doesn’t allow the bearer of the talent to benefit from it at all.

See, it’s okay to have great talents and unique abilities that others don’t have, but this world has made it damn near impossible for you to benefit from it alone without having to deal with others who can make you or break you when the time comes for you to make your moves of increased visibility.

But for the most part even the most talented people have given up on attaining any modicum of success in this worldly system because of how much they’ve had to fight to gain even the slightest amount of ground and progress.

So they – like the defeated masses around them -have been beat down in their spirit to the point where being average is a better road to take in this life and that to reminisce on what few glory days they did have is better than actually going out into the world to make your mark.

Think back to when you were much younger if you are a mature adult right now…….think about how invincible you felt and how you planned to outdo every accomplishment in your path that was ever done before you.

Think about how over time you have lowered the bar on how high you will reach until now you just might be an older person simply happy to get a steady few dollars in retirement if even that much.

I hear people like this on my job all of the time, those who have made up their minds to trade off the rest of their lives for a set amount of money. If you ask me, these people are the walking dead!

Now don’t me wrong, I am not some romantic dreamer who is set on conquering the world while bumming a good night’s sleep on someone elses couch for the night or borrowing money from everyone to fund my ill planned goals that never come to fruition.

No! You must be practical and smart in this life but you do NOT have to be defeated and de-clawed of your sense of individuality that will make you stand out from the crowd and guarantee that you will have a life full of hope which will always spawn your passion to succeed!

This is why at the age of 51 I really can’t spend time around most who are in my age bracket because they don’t have that much enthusiasm for life.

Sure, they want to go fishing or barbecue in the yard while downing a few beers but that’s just not my cup of tea.

It’s a big world out here and there are a lot of people doing worthwhile lucrative things just as there are realities out here so amazing and so different than the defeated and deflated lives that most accept as their permanent “set in stone” reality.

So as someone who is not defeated and still possesses a bountiful drive to succeed, never allow this world to rob you of your sense of being an individual because that is what will bring you the most joy and strength with every step that you take toward your divine destiny.

Those who hold on to who they truly are will be looked up to by the mislead masses who cowered in their personal responsibility to protect their uniqueness.

It’s not an easy road to travel at all in a world where everyone follows someone else simply because they feel that what was placed in them at birth is not good enough.

We cut our hair like the next person who is actually emulating someone else.

We feel too fat because the images projected online and on television dictate that we are not acceptable as we are.

We feel as though we can never be happy until we are earning at least six figures so we won’t be forced to merely keep up with the Joneses because we will then become the Joneses!

We’ve robbed ourselves of true love because the facade that our mate has fallen in love with is not our true selves and we are now afraid to reveal it because we are no where near as impressive as our “representative.”

So understand to be true to yourself in this life by being the individual that God made you to be is the BEST method of securing true happiness along with that deep sense of contentment that others find so elusive leaving them empty, defeated and hollow.

Love yourself and BE yourself and never allow anyone to attempt to ridicule you for having the courage to walk the path less traveled. For they are the coward and are empty inside because they don’t even know who they really are!

I hope my words have helped someone gain some clarity and if they have please leave a comment below to let me know you’ve been touched.

Previous : Bold, Raw & Uncut: Late Nights With LanceScurv # 75
Next : Is There A Connection Between Sexuality & Spirituality? – The LanceScurv Show

Thank you for this article. I will keep the ideas you talked about in mind