I was blessed to catch a few moments of the Tavis Smiley show last night which had featured guest Stevie Wonder on for an indepth interview.  I am so sorry that I did not get a chane to see the entire program. That’s what I get for not checking the television guide for relevent programing that I might be interested in. 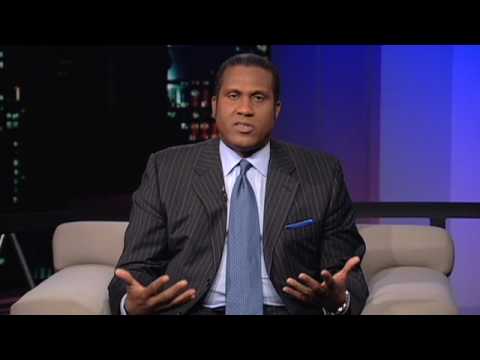 As Stevie spoke I kind of traced out and absorbed his verbal expressions on a deeper level than most. As I gazed at his youthful form I thought to myself what a treasure he is to have in our midst as he has dedicated his life to sharing his abilities and talents in a positive manner to uplift all of those who cross his path. And yes, while I do know that he is aging and can see it somewhat, he will always be youthful in that Maya Angelou kind of way because of the love and connectedness that he possesses that take him out of himself and his on limited existence!

I have learned personally that to find out what you were put on this earth fo by the all knowing all loving Creator is one of the most empowering realizations that one could ever experience! Especially when it is in the creative arena.

Stevie spoke of uplifting the world with love and not spewing hateful talk that will only divide the world around us. He spoke of the tremendous influence that those who have the ears of millions and how we need to share a collective message of unity now matter HOW many differences that we have between us and that we perceive!

To hear him speak of his love for an ailing Aretha Franklin, who happens to be his lifelong friend, shared how he believes in the power of prayer collectively and how we should all pray, chant, think and “feel” a good energy toward her no matter WHAT our so called religions are!

What a wonderful man!

This is why it doesn’t surprise me that Stevie Wonder has enjoyed a longevity and balance to his career that very few can boast of! And would HE boast of this? I don’t think so but I find it so funny that we have these “flash in the pan” synthetically created drug dependent immoral satan worshipping secret society joining oath taking mega stars who will brag about their first week sales of their album or the popularity of their “brand” while they “hawk” their new high end fragrance and clothing line to the masses!

And they better get it while they’re hot because that same Media Mafia who “invested” those countless millions to brainwash the masses into believing that these weakly talented attention whores were really true stars of note in hopes of getting that huge return on their money!

And if they don’t recupe on their calculated backing? Then they will tear you down publicly and you as that former star will be feature one day soon on “E” True Hollywood Story only to have your descent into a very public hell completely bared for the world to sweep down and pick over the remains of you like vultures for their own entertainment/consumption……….

Why do I say all of this on a blog that started out speaking so nicely on the truly great Stevie Wonder?

It’s to show the difference between a true craftsman (Meaning women also!) and a manufactured entity that had to be heavily promoted and pushed to be accepted by the masses who by most accounts have lost the ability to tell the difference between what is real art as opposed to what is fraudulently offered today!

And may I interject that there ARE many great artists who are currently on the scene today who are building a solid legacy with their expressions that will definitely stand the test of time but these fine examples are far and few between and not as much in abundance as it was in years gone by.

A true craftsman. One who lives music. Sleeps it. Eats it. One who is not driven by profit with their (Hopefully they possess some!) talents, but for the process of seeing something that was born deep in their soul come to fruition where the primary reward is to see what was created totally appreciated and embraced by the masses who love what was shared through the endless hours of toiling and delicious hard work.

A student of their craft loves it so much and couldn’t see life without their personal pursuit of perfection!

Yes……..perfection, any artist know deep in their heart that they will NEVER reach that place called perfection but it must be explained that it is not really their goal to actually reach it but to always be in a creative space to move closer TO IT!

An embellishment here, an addition there, tweaking and stroking it with an eye of precision and a heart filled with passion…….

If you don’t understand what I am attempting to explain allow me to make a comparison that most will register with……..the pursuit of perfection as an artist is such an overwhelming joy that it is BETTER than lingering in that pre-orgasmic space where you have totally let go allowing the rush of an awesome climax wash over you to yet haven’t completely gotten there yet!

It’s that place where all inhibitions and tensions are released as one has been severely detached from the outside world around them to experience those few short moments that actually feel like an eternity……….

When fast approaching orgasm, I believe we are mentally and spiritually relocated and rerouted to “somewhere else” as our senses are flooded in a Heavenly divine nirvana……..

But I can tell you right now that I “go there” as an artist and cannot ever stop doing what I do because not only am I being pleasured, but to witness the responses to the creations that were spawned when I was pleasured is reward enough!

That list can go on forever and each and every one of those individuals knows EXACTLY why I speak of in the creative realm!

Let us encourage all creative endeavors and the talented individuals who make our world just a little more tasty with the gifts that they share.

What would a party back in the day be without a Richard Pryor album?

What would the major changes of awareness and spiritual shift of the sixties and seventies be without Marvin Gaye singing in the backdrop of it all as we grew up in those uncertain times?

What would the sheer defiance and physical beauty of a Muhammad Ali mean if not backed by the beautiful creative spirit that he put into his work as a master of HIS craft? And yes, he was an artist too…….

So to sit down and catch a living icon and legend in the form of a Stevie Wonder and benefit from his EVERY utterance was nothing short of a blessing from God and if truth be told I see in each and every conscious RIGHTEOUS artist a true reflection of God Himself……..

…….so know tht when the government cuts funding for the arts on it’s most purest forms it is an attack on our Creator because the strategy is to block yet another means of His divine voice from touching our hearts directly and continuing His spirit of love and unity against the backdrop of this presently hijacked world.

And thank you Stevie Wonder.

If you enjoyed this article please support the works of Lance Scurvin by clicking the “like” button after going to the Lance scurv Facebook Fan Page below! Thank you!