God has blessed each and every one of us with a special talent to offer the world. Every God given ability may not earn the praises of man as much as others, but each hidden treasure of a talent that’s buried deep within us is just as important as any other. 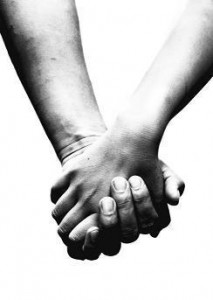 The problems and extreme lack of fulfillment arise when we don’t take the time to excavate the valuable assets that our God has given us in abundance but for a time is hidden away from plain sight.

In these last days where our children have become lovers of themselves, they, as well as us who are older and should know better, want the attention and praise that comes from the fully developed talent but don’t want to toil in the shadows unseen for the weeks, months and years that it takes to carefully manifest its full power, beauty and spiritually nutritive value to the world!

It’s so amusing to me that in this day of Youtube, Facebook, Myspace, Twitter and BlackPlanet to name a few, that almost anyone with a modicum of graphics experience, can put together an impressive looking profile on anyone of these social networking sites that will have you thinking that they are the “next” big star to hit the scene!

I’ve seen profiles of many people with false accomplishments  and one pathological story teller that I actually know personally lying his butt off talking about how he is “on his grind” in the music industry, has his own radio program and even took pictures in front of a makeshift microphone in a fake studio to look the part!

Yet there isn’t ONE song that he made on his page…….

It seems that more effort has been put in attempting to APPEAR like the real thing than actually working hard to BE the real thing!

Is this what was meant be the late eccentric artist Andy Warhol when he stated that one day soon in the future EVERYONE will easily have their fifteen minutes of fame?

This sure appears to be the case as most will accept the glory and praise from the false projected  image of accomplishment that has absolutely NO body of work behind it instead of letting the hard earned substance of artistic evidence speak for itself!

I am at a point where I do not have to try to convince anyone of what my God given offerings are. Why do I call it an offering? Well, it’s an offering because our Creator gave these talents to me so abundantly and it is my responsibility to work hard under the radar in a humble manner to excavate and develop them to benefit the world!

So although I do enjoy the responses to what my hand has been chosen to share, I do not get big headed because I know who the One is who gave it to me in the first place!

So every time you say to yourself, “This dude Scurv got SKILLS! He is a bad dude!” Instead say: “God is an awesome God! Look how He took a man who was written off by his peers, scorned and ridiculed and made him to reveal the divine beauty that was ALWAYS there even we he himself was unaware of its presence!”

I am not bringing myself into this as an example because I could find so many greater examples to share with you but what I am trying to make you realize is that YOU have a dormant greatness that dwells within you that you must identify and develop to the glory of your Creator!

But in that lies a great responsibility that many who HAVE realized the many levels of worldly acknowledgment and success have fallen victim to not upholding the higher standards that would truly magnify the message emanating from their talents.

So while having a manifested talent is a good thing, what good is it if it is negated by irresponsible and immoral behavior that would sway the minds of the impressionable individuals who have fallen in love with their “star” and will do anything to emulate them?

All of us, whether we have cultivated our raw talents into a refined state or not have to realize that we are being admired and copied by all of those we touch in our daily path!

You would be surprised to know how many people you influence every single day of you life without even realizing it!

The way we carry ourselves, the way we walk, the way we talk, what we say, who we call our friends ALL have a major impact on the kind of image one would formulate about us.

And whether you consider yourself a role model or not, if what behavior you indulge in is not up to par with who you are supposed to be, you can BEST believe that it will thoroughly talked about in your expanded inner circle faster than the speed of a Nextel chirp (Even though Nextel has lost rank and gotten so “ghetto” in their service quality recently! Lol!)!

Imagine seeing someone who sings so well in the church choir and is musically talented above and beyond the rest, someone who jumps, shouts and screams every week in the spirit, getting caught walking out of a sleazy hotel with another church members spouse three o’clock in the morning when they were supposed to be out of town performing (at least that’s they TOLD you!) at a church revival!

Of COURSE it would, because that appearance of wrongdoing is completely out of character for those two people who have a higher expectation because of their spiritual involvement and much adored gift to the flock by their talents. They are high profile in their community whether they asked for it or not!

Now if it were the friendly neighborhood crack whore strolling out of that same sleazy hotel with a stereotypical dirty old man, no one would flinch because the expectations of that persons character is so low. I can here it now:”That’s nothing new for that old crackhead, she’s ALWAYS out here whoring around to make some extra money to support her drug habit! Its just another day and another man to her, I sure hope he’s bagging it up!”

But while that crackhead is living a filthy dead end life, she might not possess a venomous heart like some of those who claim righteousness yet slander, fight and upstage each other in their houses of worship!

Look at the talent in the world of Gospel music, look at how everyone appears sanctified and fair seeming……..

Now do understand that I have only used those in the Gospel music world as an example but it is a slice of the bigger world and picture and I am sure everyone reading this or at least the majority is acquainted with. But this behavior exists everywhere where there are high profile talented folks, not just within the gospel circle.

Now is this any way to act responsibly with the divine talent that God has given someone? We act as though it wasn’t given to us and we act as though it is our right and couldn’t be snatched away from us just as easily! So be careful when your station in life is raised because to abuse it puts you in line for a terrible price that eventually MUST be paid!

It is challenging enough to put in the years to bring out the gifts that our God has given but it amazes me how many will prance around those that they are commissioned to SERVE and MOTIVATE with those same abilities that do NOT belong to them as though they are below them or inferior.

I once read somewhere that you will know the true character of a person by observing the way they treat the LEAST of us. This is something that I silently watch for when observing those blessed to hold the spotlight with their gifts.

I’ve learned through my observations that the narcissistic spirit will eventually limit and bring the one down who possesses that great talent if they don’t feverishly work to maintain a humble and subservient mentality.

I for one am extremely grateful to possess these unique God given abilities that I do and am honored to have such good things flow through me to share as I could NEVER on my own come up with some of these ideas on a regular basis on my own, NO WAY!

My talents are gifts that have brought an immense sense of purpose and joy to my life and such an overwhelming sense of fulfillment to the point where I am looking forward to what ever time God gives me on this earth with the health and strength that will enable me to serve my Sisters and Brothers until the day He calls my name to come home!

As long as I continue to think in this humble fashion, I believe my level of righteous productivity should continue to flow without fail!

…..and isn’t that what anyone would want as a track record of how they utilized their talents when facing their Creator soon on Judgment Day?