This has definitely not been a good time period for the sport of boxing, first we had not too long ago the Floyd Mayweather-Victor Ortiz controversy and now we have the Bernard Hopkins-Chad Dawson ordeal!

Whatever happened to those good old days when you would get those great championship boxing matches on television for free? Dang! I’m not blaming Bernard Hopkins but that damn referee Pat Russell needs to take up another profession for him to make the call of a TKO with Hopkins losing his title in a clear cut situation that never even produced a blow!

Imagine how unsatisfying it feels to Chad Dawson who although he acted angry after the decision was rendered really only has to be angry at himself for such a dumb ass move! Bernard Hopkins deserves a rematch as we can’t let a great champion like him go out like that! 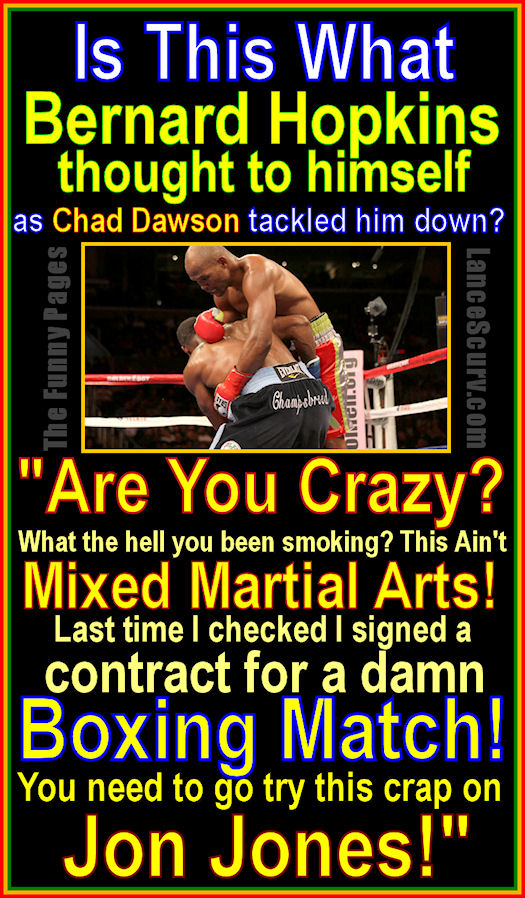