An excerpt from a Gantt Report was selected a few years ago to be displayed at the United States National Freedom Museum in the “Freedom of Speech” section.

The Gantt Report excerpt discussed how I though “embedded” reporters covering the Iraq war should get Academy Awards for “acting like journalists”!

Today, news reporters pretend they know the facts so well that they should get Academy Awards, Emmy Awards, Globe Awards, Pulitzer Prizes and every other award.

Today’s journalists don’t investigate news stories they just parrot whatever they are told.

Don’t take my word for it just pick up any majority newspaper or tune in to any news broadcast and you’ll always read or hear some fake reporter talking about “authorities say, sources say, or reports say” while never quoting someone that can be vetted or verified.

You have to have a video if you accuse police or someone else of beating you. If you don’t have undisputed evidence to back your claims no one will believe you.

But all a media puppet has to do is say and write what he or she is told to say or write.

Hmmm. Let me get this right. If someone attacks innocent citizens by flying planes into buildings, they are terrorists. But if people attack government forces in Syria those people are rebels. 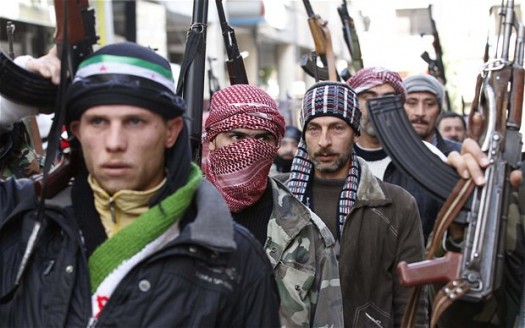 If the US media knew everyone seeking to overthrow the current Syria leadership than it should be easy to tell the people who they are. To me a “rebel” is a citizen fighting against other citizens. To me a terrorist is someone not from a country that attacks someone in the nation where they live.

Let me give you an example of how media can twist and turn the facts of a news story.

As a young reporter for The Associated Press I often had to compose news wire reports about the stories of the day.

In an ongoing story about Vietnam, the reporters on the news desk referred to Lt. William Calley as a decorated hero and an honorable soldier but I called the same man a “leading participant in the My Lai Massacre”.

If the West likes you, you are an ally. If they don’t like you and can’t control you, you are a dictator, a despot and an oppressor.

Be careful in believing everything you hear or read in the imperialist press.

Don’t believe the hype. Read news stories from around the world and see how other countries report on the same stories.

You have to remember the devil hates the truth and that is why the devil is often times a liar!