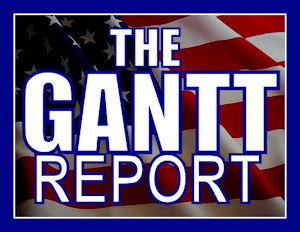 From the earliest days of government up until today, governments have plotted and schemed to kill the leaders of other governments.

But no King, Queen or President has been as successful as our own Hawaiian Hit Man, United States President Barack Obama!

Like Dudley Do Right and the Royal Canadian Mounted Police, the mild mannered, former community organizer Barack Obama always gets his man!

Yes, Barack Obama has ordered the killings of many accused terrorists including Osama Ben Laden but there is one Obama hit that will always go down in the annals of history.

Correct me if I’m wrong but not too long ago Barack Obama became the first Black man in the United States that participated in the killing of a white United States citizen and got away with it!

Anwar al-Awlaki was a Yemeni-American Imam who was an engineer and educator by training. According to U.S. federal government officials, he was a senior talent recruiter and motivator who was involved with planning operations for the Islamist militant group al Queda His sermons are alleged to have helped motivate at least three attacks inside the United States, and al-Awlaki was the first U.S. citizen to be added to a list of persons approved for targeted killing by the Central Intelligence Agency.

A Black man ordering the murder of a white man in America, well, that doesn’t even happen in Hollywood.

Whoever the CIA and America’s military, industrial and beast bank complex targets for killing, the Black President makes it happen!

The latest hit accomplished with US technology and perhaps US supplied weapons and bullets, was the suspicious killing of Muammar Gaddafi,  Libya’s autocratic ruler from 1969, when he seized power in a bloodless military coup, until 1977, and had remained the country’s symbolic leader until 2011 when the Libyan Arab Jamahiriya regime he established was overthrown in a civil war which consisted of an uprising aided by a NATO intervention. His 42-year leadership prior to the uprising made him the fourth longest-serving non-royal leader since 1900, as well as the longest-serving Arab leader. He variously styled himself as “the Brother Leader” and “Guide of the Revolution”.

What the devilish beast media reporters and news outlet don’t want African Americans to know about Gaddafi is in 2008 a meeting of traditional African rulers bestowed on him the title “King of Kings”.

African nations were some of the last countries to go along with Western nations and their NATO puppets in the imperialist desired regime change in Libya because Gaddafi supported and helped Black Africa both militarily and financially. He sent troops to fight Black African oppression, loaned Black governments cash and even paved some African roads.

One of the main reasons, I think, Gaddafi had to go centered around his efforts to get Western nations to pay for African oil and other commodities with gold rather than the declining dollars and European Euros. The beast bankers and money changers would never allow that.

The Black nations didn’t immediately jump on board with no fly zones and giving Gaddafi’s confiscated and bank seized dollars to Al-Qaeda terrorists that are conveniently called Libyan “rebels” nowadays.

In the past military hit men were not always necessary because Western corporations sent “Economic Hit Men” disguised as Peace Corp workers or missionaries overseas to create chaos, destroy governments and turn citizens against their leaders but many African leaders knew that history.

The Black Africans are also aware of the “democracy” trick. Anytime you want to colonize people or exploit people or oppress people you have to put an acceptable title on your actions. When devils wanted to exploit Africa in the past, they said they wanted to “civilize” the continent.

Now, even the deaf, dumb and blind know that every country in the world does not and should not seek to govern in the same way the United States is governed.

You can say that countries guided and ruled by one person or one family is wrong but it is only wrong for countries that refused to be controlled or influenced by the West.

Let’s see. England has a Queen, Holland has a Queen and Saudi Arabia has a King. Are those not countries heavily influenced by one person or one family?

Why don’t we send predator drones to kill the leaders of those countries?

I don’t claim to be a prophet or prognosticator but if I were in Cuba or in Venezuela, I would search the skies for drones intended for leaders in those countries.

You can run but you can’t hide from the Hawaiian Hit Man!

Previous : The Lance Scurv Talk Show – You Might Be His Wife, But Are You His Bottom Bitch?
Next : Gray Hairs, Failed Erections & An Ego That Just Won’t Quit – Why Some Of Us Are The Last To Know That We Got Old!